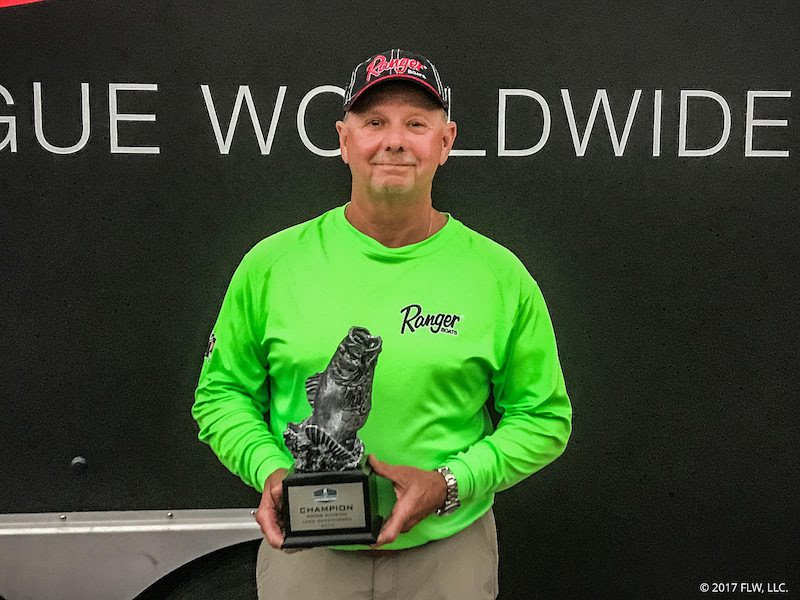 “I started out the morning pitching into flattened reed clumps at the East Wall,” said Beatty, who earned his seventh career win in FLW competition. “I rotated between a couple of different baits that were the same shadow-blue color – a Gambler Lures BB Cricket and a Gambler Why Not. By 8:30 a.m. I had a limit that included two 4-pounders and a 5-pounder.”

Beatty said he preferred to use 1- and 2-ounce weights, depending on how thick the cover was.

“In the afternoon I headed up to the Shoal and targeted hydrilla and hyacinth,” said Beatty. “I caught two of my biggest bass there, and was culling 4-pound fish by the end of the tournament.”

Beatty said he ended up catching 20 to 25 keepers throughout the event.

“I’ve got to credit my Ranger boat and Minn Kota trolling motor for getting me to where I needed to be,” said Beatty. “They’re very reliable products.”

Morgan caught the biggest of the tournament in the pro division – a nice 8-pound, 5-ounce largemouth – and earned the day’s Boater Big Bass award of $1000.

York caught the biggest bass of the tournament in the co-angler division, weighing 7 pounds, 11 ounces, and earned the day’s Co-angler Big Bass award of $500.