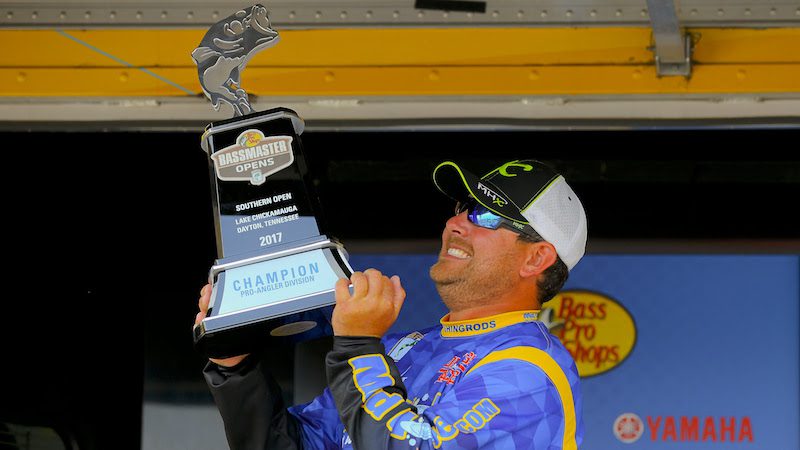 EAST RIDGE, Tenn. — John Cox is one of the more laid-back professional anglers you’ll find. But from the start of the Bass Pro Shops Bassmaster Southern Open No. 2, he was confused.

He was perplexed by Chickamauga Lake and the way fishing conditions seemingly changed on him from hour to hour. He ran countless miles to find clean water, and fought for quality catches as his bites were infrequent each day. He got so worked up at times that he stopped for regular breaks to regroup and regain focus.

The hand wringing may have been tough for him on the water, but it all proved worthwhile on Saturday during the final weigh-in at the Bass Pro Shops location just outside of Chattanooga. Cox finished with a three-day total of 68 pounds, 3 ounces.

Cox, who hails from Debary, Fla., locked up a berth in the 2018 GEICO Bassmaster Classic presented by DICK’S Sporting Goods with the victory. He also won more than $8,000 in cash, as well as a Triton 19 TrX and Mercury 200 Pro XS boat/motor package worth $40,000.

It was the 31-year old pro’s first Bassmaster Open win after nearly a dozen years of fishing the events.

“I’ve tried so long to win one of these Opens; it seems like forever,” Cox said. “I started fishing the Opens when I was 19. It’s where I started, really; so this definitely is a special thing for me.”

Cox was one of the few anglers who exclusively sight fished throughout the second Southern Open of the season, though it was an effective technique for several of the tournament’s top finishers. He put himself in contention for the open championship with a 22-6 limit on Thursday, followed by a 25-7 bag on Friday.

His two-day total of 47-13 gave him more than a 3-pound lead heading into Saturday’s action, and his 20-6 limit on Saturday was heavy enough to lock up the win.

His Saturday haul was the second-heaviest limit of the day.

“There wasn’t actually a real window when I would catch them, but they would start biting when it warmed up,” he said. “Then they would back off when (it would get cloudy or rainy as it did throughout the tournament). So, it was really hard to catch them.”

Cox was fishing in extremely shallow water; less than a foot at times. He caught the majority of his fish on a 7 1/2 foot MHX 873 rod with 15-pound fluorocarbon line and a Senko worm attached. He pitched a jig from time to time, as well, to try and locate the bedding bass he sought.

“In the beginning of the week, the (bass) that stayed on the banks; their backs were out of the water,” Cox said. “So it was really shallow. As the water came up a couple feet, I just went back to the spots where I saw fish with their backs out of the water. I couldn’t see anything deeper.”

The heavy bag of the day came from Michael Neal, who hails from Dayton, Tenn., and was the hometown favorite. Neal weighed a five-bass limit on Saturday that weighed 24-6 and gave him a three-day total of 65-6. As impressive of a week as it was, it still wasn’t enough to catch Cox.

“I wish I had yesterday to do over again,” said Neal, who spent the tournament fishing Chickamauga Lake’s offshore ledges for postspawn transitioning bass. “I ran past an area where I caught all my biggest fish yesterday, and all of them today. That’s the only thing I would do over.”

Coincidentally, Cox’s win was the second time in recent history that he topped Neal on a Tennessee River fishery. Cox won the FLW Tour Championship on Wheeler Lake last August, and Neal placed second there, as well.

Next year’s Bassmaster Classic will be held on Lake Hartwell in Greenville, S.C., and that’s a fishery where Cox has won before. When he heard that the 2018 Classic would be held on Hartwell, he was especially eager to win a Bassmaster Open this year to punch his ticket to next year’s big event.

“My worst finishes have been on the Tennessee River and so have my best finishes,” Cox said. “So to win this, and get into a Classic is just unreal. If I was going to pick a Classic to fish, I would want it to be on Hartwell.”

Josh Jackson of Cobden, Ill., was the top co-angler in the second Southern Open of the season. He caught a three-bass limit each day of the tournament and finished with a three-day total weight of 32-9. Jackson won a Triton 179 TrX and Mercury 115 ELPTR Four Stroke boat/motor package with the victory.

The Top 40 anglers in each division earned a check for their finish, and the Top 12 pros and co-anglers fished on Saturday.

Ish Monroe of Hughson, Calif., earned the Power-Pole Captain’s Cash Award of $500 for being the highest-placing angler who is registered and eligible and uses a client-approved product on his boat. 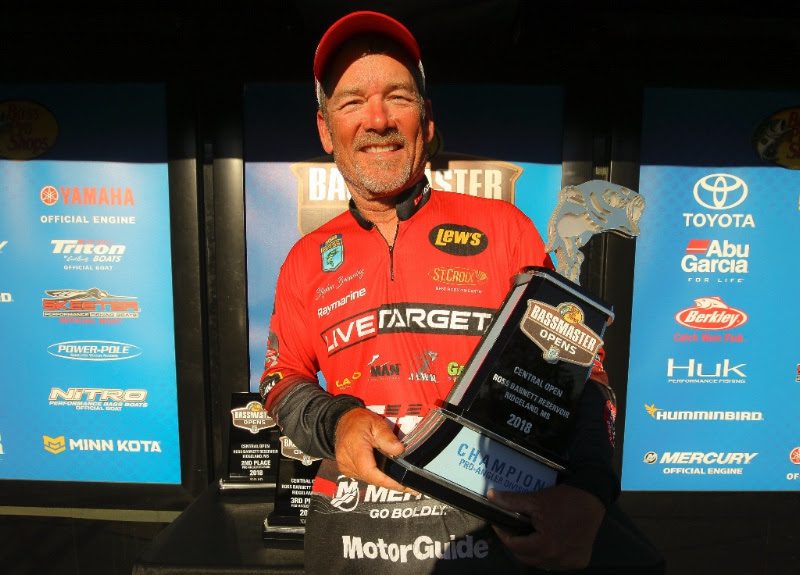 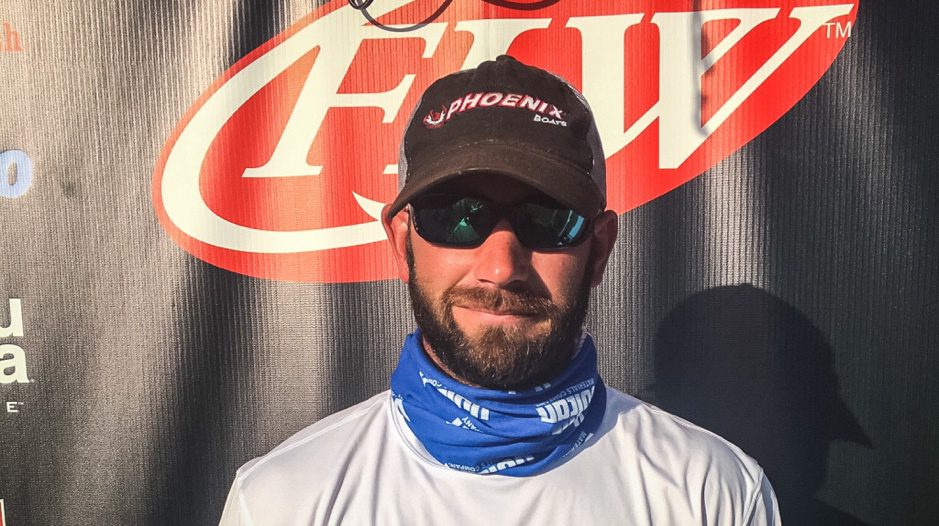 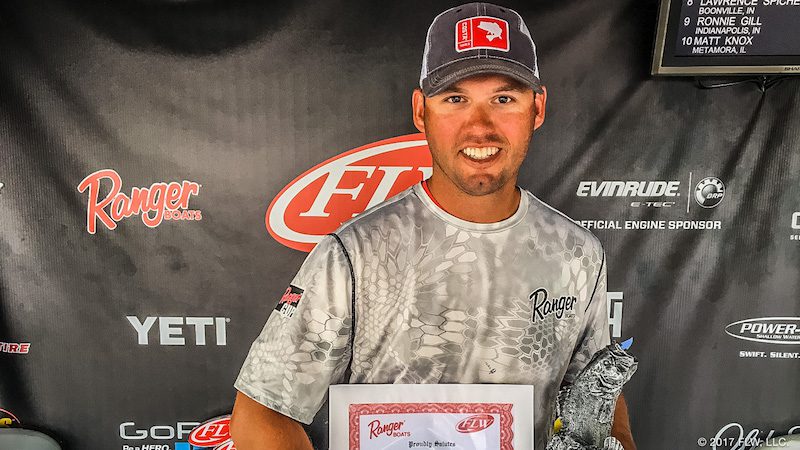 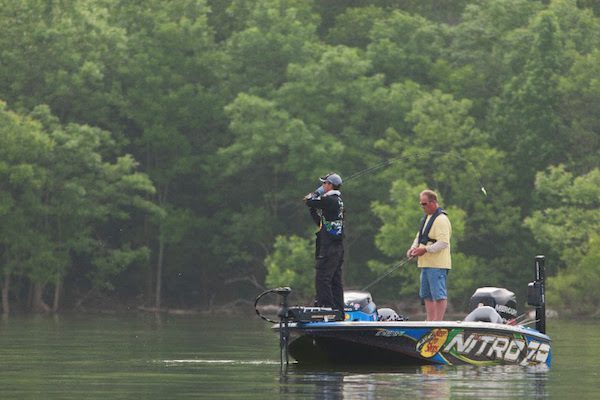