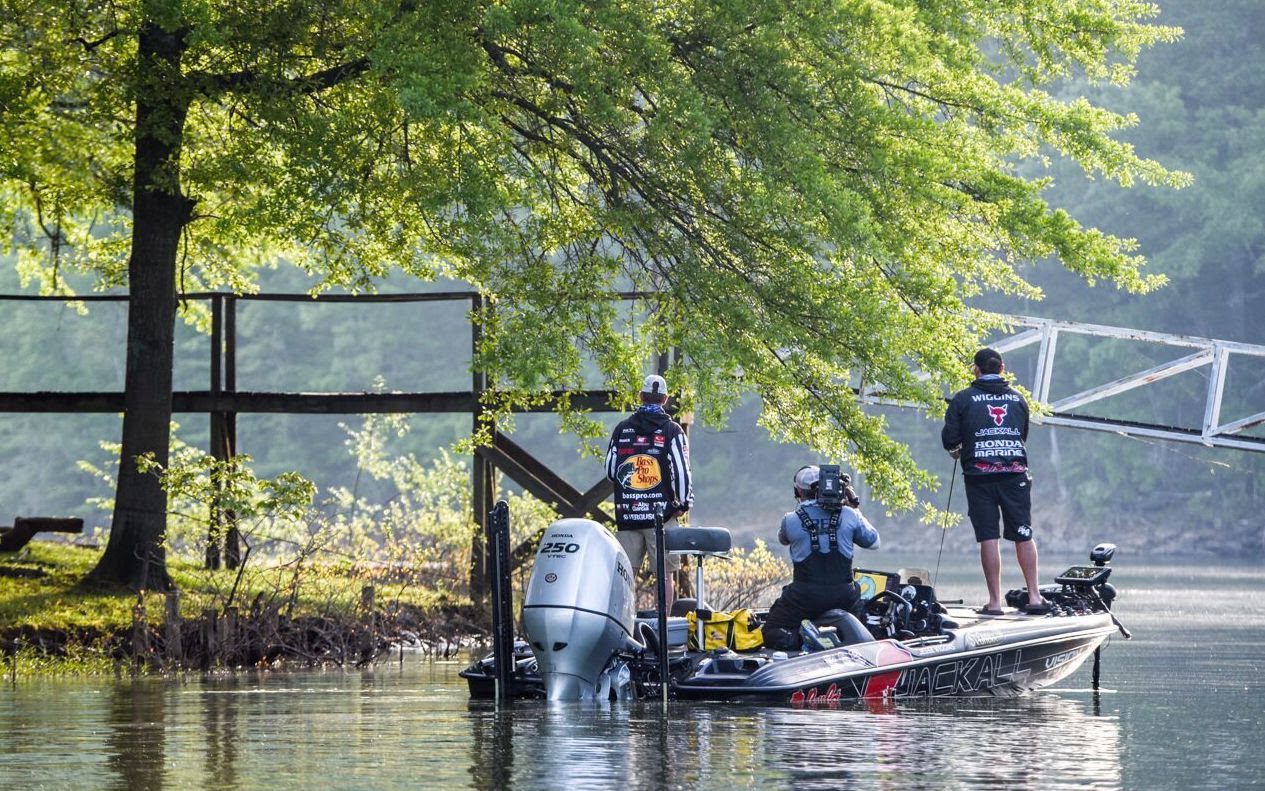 MLF pro Jesse Wiggins obliterated the Bass Pro Tour’s single-round catch record with 49 fish, tallying 72 pounds, 4 ounces in Group B’s Shotgun Round on Alabama’s Smith Lake
Wiggins Blisters Shotgun Round in Record-Breaking Performance
at Phoenix Boats Stage Five Presented by Mercury
[print_link]
CULLMAN, Ala. (May 1, 2019) – From the moment it was announced that the Major League Fishing® (MLF) Bass Pro Tour would be making a stop at Lewis Smith Lake in northern Alabama, Jesse Wiggins was tabbed as a favorite.
After his performance in the second Shotgun Round of the Phoenix Boats Stage Five Presented by Mercury, it’s hard not to tab the Alabama pro as THE favorite.
Wiggins – who grew up in Cullman and has been fishing Smith Lake since “Before I can even remember” – obliterated the Bass Pro Tour’s single-round catch record with 49 fish, tallying 72 pounds, 4 ounces and finishing the day with a 16-4 cushion over second-place angler Todd Faircloth (56-0).
“A good day on Smith Lake this time of year is 30, maybe 35 fish, so today was a heckuva day,” Wiggins admitted. “I basically fished two spots all day long, they just happened to be schooled up in both of those spots.”
Wiggins Hit High Gear in Period 2
At the rate that Wiggins caught fish in Period 2, it’s hard to imagine him wanting to stray outside his two Shotgun Round spots at all. Following a 12-fish first period, the St. Croix pro put 21 fish on SCORETRACKER™ in the second period for 32-9, almost all of it on a 3/16-ounce shaky head with a green pumpkin candy Jackall 5.8 Flick Shake Worm.
“Jesse Wiggins did this on a lake in post-spawn that was supposed to be tough,” marveled MLF NOW! analyst Marty Stone. “This performance today isn’t just about him being good on Smith Lake, it’s about Jesse Wiggins just being flat good. You put a really good fisherman on a lake he understands really well and this is what you get.”
But despite a prolific day and a virtually fail-safe cushion above the Elimination Line, Wiggins plans to move out of his spots and spend the day (Elimination Round 2) deciphering how far out of the backs of their spawning pockets Smith Lake’s post-spawn fish have gotten.
“These fish move a lot this time of year,” Wiggins said. “Once they’re done spawning, they head back out onto those points, and it can be a little hard to find them in good numbers. I definitely plan on spending a good amount of my time figuring out how far those fish have moved.”
Elimination Round 1: “Nothing is Certain”
The 40 anglers from Group A return to Smith Lake Thursday for the first Elimination Round of Stage Five, bringing their weights from the first Shotgun Round with them. Based on the results of the first two days of competition, the projected range for the Elimination Line is 48 to 50 pounds – there are eight anglers in Group A whose doubled Shotgun Round weights would place them within a single scorable bass of the Elimination Line.
“Because all these scorable bass are so close in weight and these guys are catching so many of them, this could be the wildest Elimination Round we’ve ever had,” said Stone. “You go more than 10 minutes without catching fish here and you drop two to five places quickly. When you’re dealing with shad-spawn fish, they’re very ‘here and now’ and these guys in Group A have to relocate their fish. Nothing is safe and nothing is certain.”
Shotgun Round 2 By the Numbers
Group B totaled 997 fish: 304 in Period 1, 464 in Period 2 and 229 in Period 3.
Looking Ahead
The Top 20 anglers from each of the two Elimination Round groups will advance to the Knockout Round on Saturday, where weights will be zeroed. The Top 10 anglers in the Knockout Round will advance to the Championship Round on Sunday.
How, Where & When to Watch
Competition begins daily at 6:30 a.m. CT, with live, official scoring available via SCORETRACKER on MajorLeagueFishing.com and on the MLF app. The MLF NOW! live stream starts at 9 a.m. CT, with live, on-the-water coverage continuing until lines out at 2:30 p.m. The Berkley Postgame Show live stream will start at 4 p.m. daily.
The Day’s Results
To see all results from today’s Shotgun Round, and to keep up with cumulative results throughout the week, visit MajorLeagueFishing.com and click ” Results.” 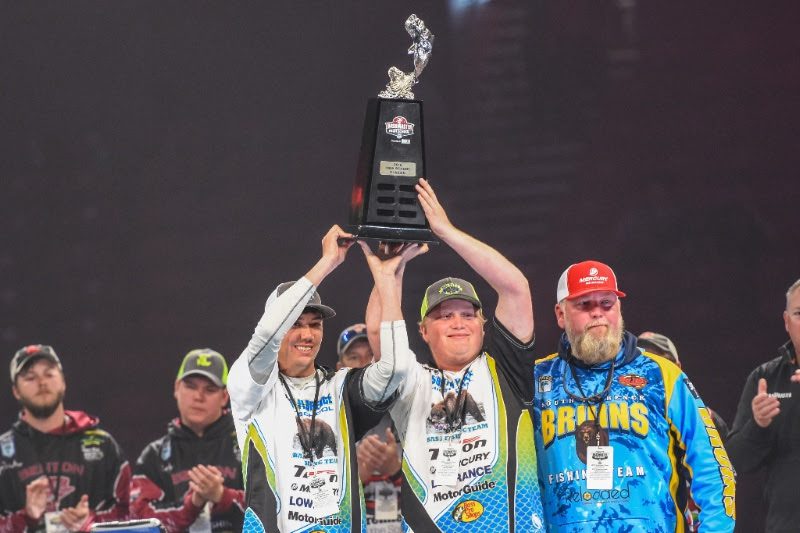 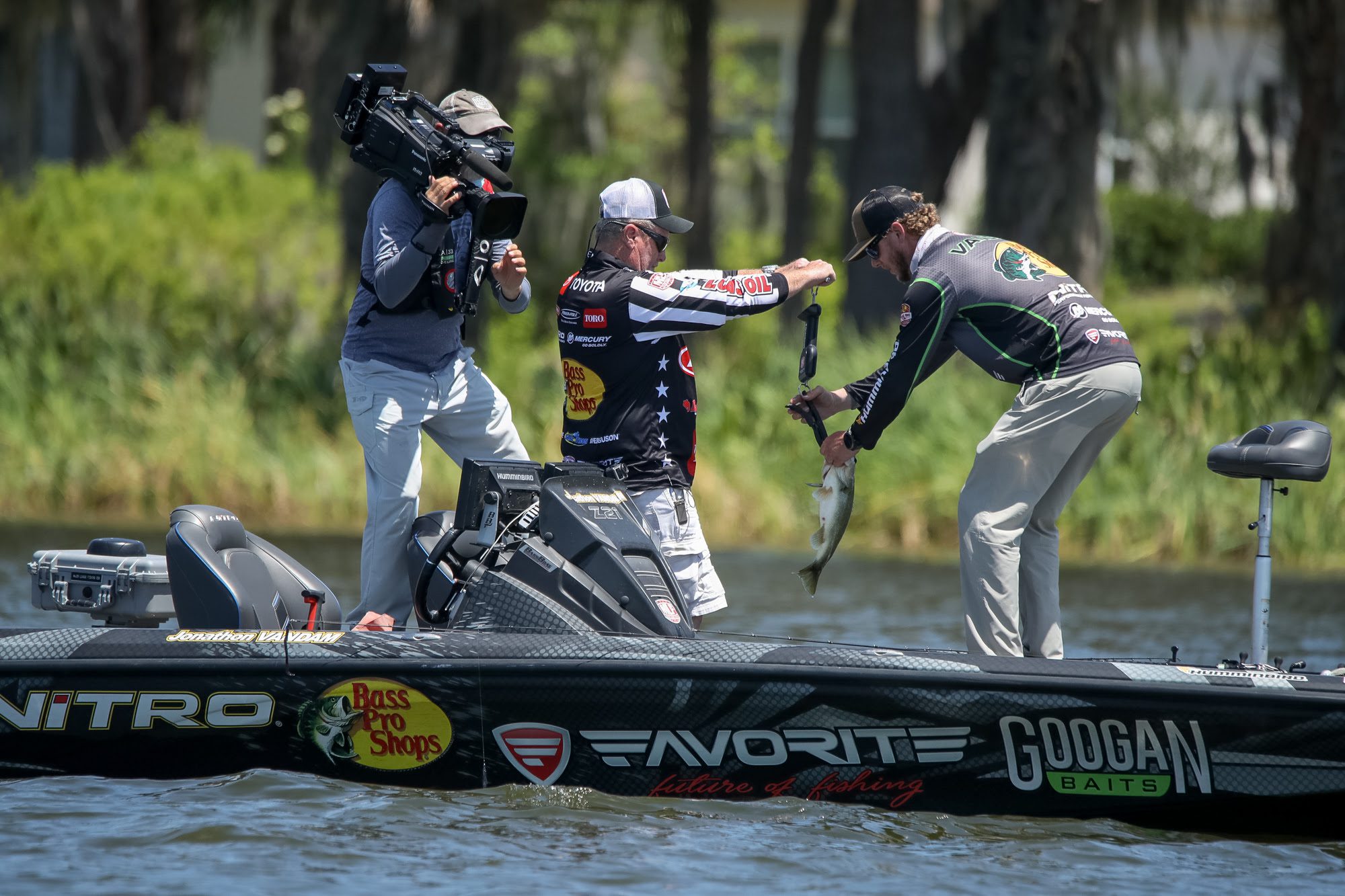 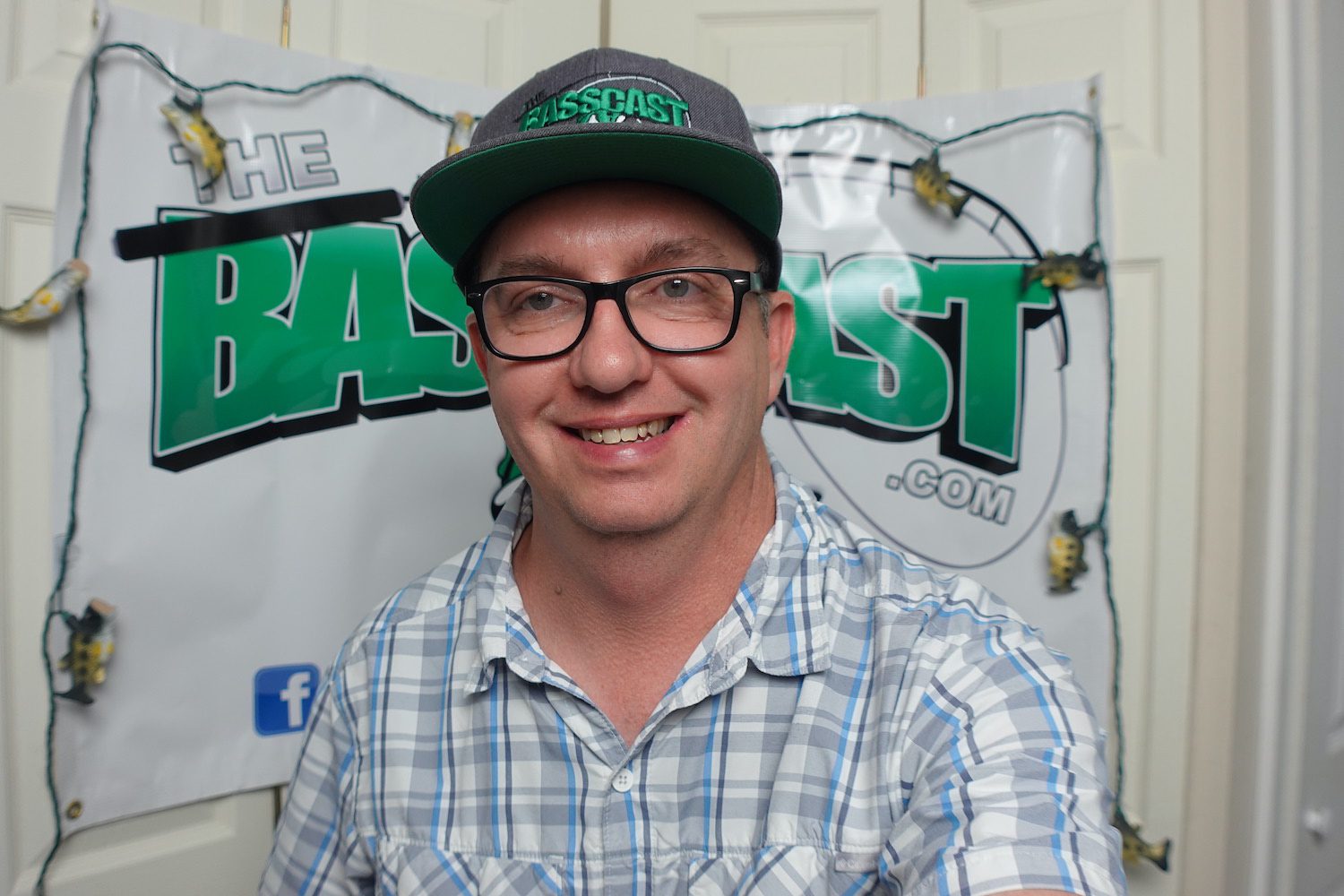 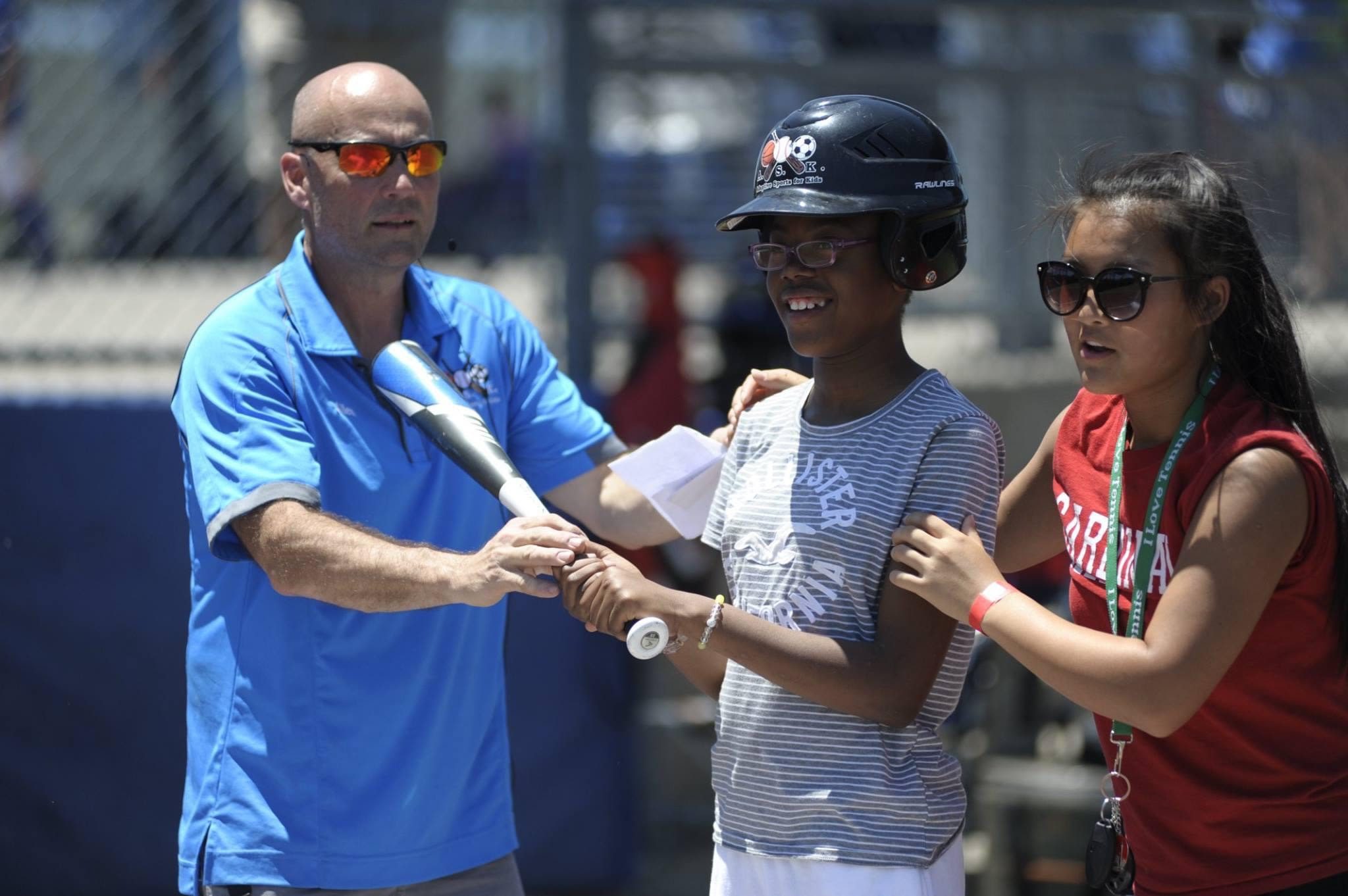