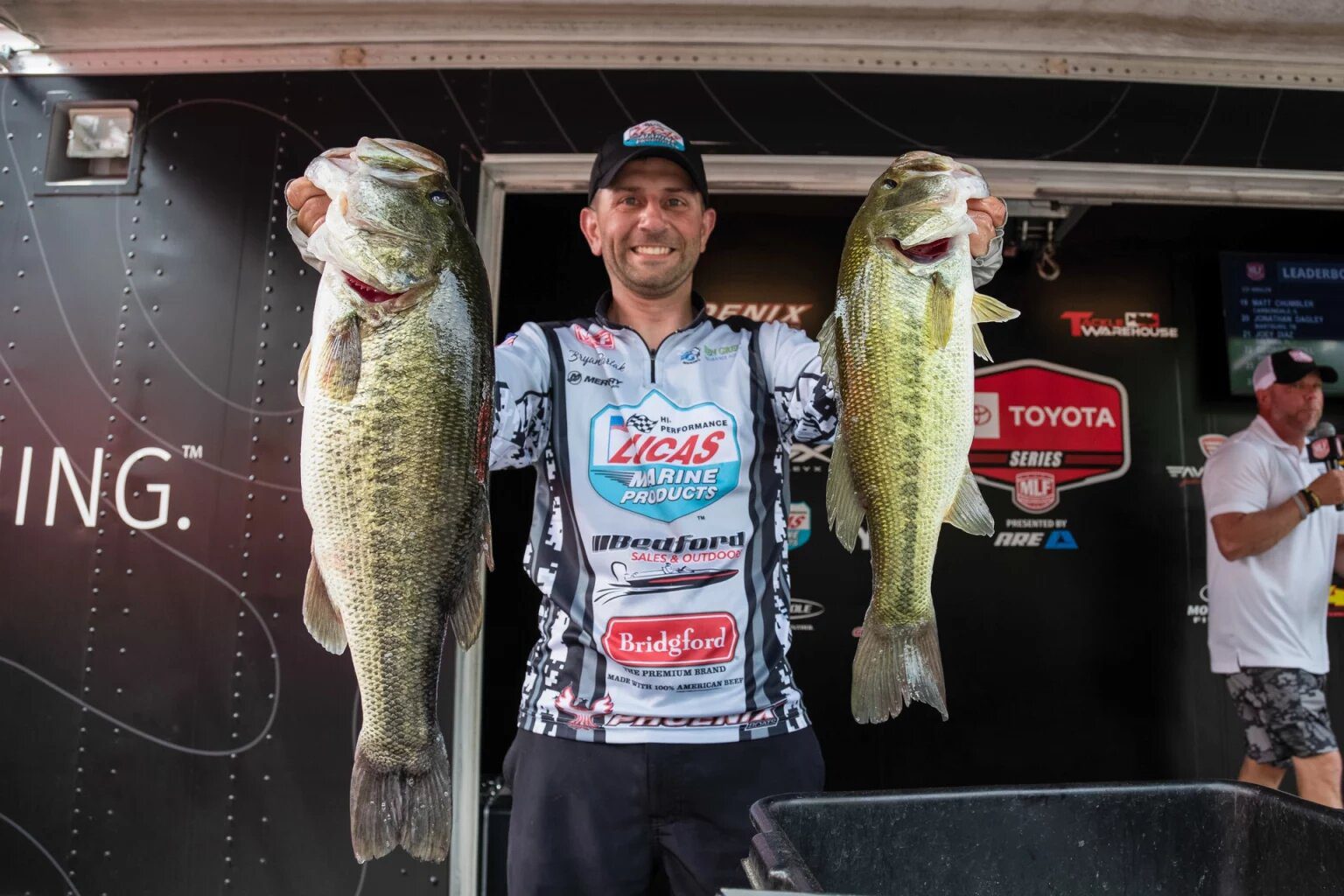 Picture this, you are leading the Angler of the Year points race in the MLF Toyota Series Central Division at the last event and your boat breaks down. Then a fellow competitor takes time out of his tournament to help you get your sack of fish to the weigh in. That act of kindness saves your event and you ultimately go on to win the AOY standings in that division. That guy who helped you is going to get your attention. Bryan Partak is that guy for me. I couldn’t have won the MLF Toyota Series AOY without him.

Having my attention and obviously our friendship starting on the right foot I got the chance to room with Bryan at the Northern Toyota Series on the Potomac River. There I learned that Bryan is a stand-up guy that would give you the shirt off his back. Case in point I was catching them in that event on a particular color Z-Man jackhammer and he graciously offered me from his tackle as many as I needed.

Beyond his character he is one to watch soon in professional bass fishing. Bryan spent 3 years (2012, 2013, and 2014) fishing as a co-angler for the MLF Pro Circuit formerly known as the FLW Tour. This was right before the FLW Tour got rid of co-anglers competing out of the back of the boat. In those three years he got a firsthand lesson from many of the best Pros in the business. He also did well enough to qualify for the Forrest Wood Cup all three years. Many anglers could only dream of having that kind of “on the water” education. Fast forward to the current day Bryan has transitioned to the front of the boat. Fishing as a boat owner/pro in the MLF Toyota Series Divisions he is holding his own. In the past 3 years he has finished in the Top 45 in the Toyota Series AOY Standings each consecutive year. Narrowly missing the top 10 needed to advance to the next level. All while also growing a YouTube channel “Chasing Little Green Fish” to over 500 subscribers with some high quality content.

What impresses me most about Bryan is his humility. When asked “whats next for Bryan Partak?” he kept it real simple by saying “to continue fishing with MLF because that is where my sponsors are and to continue working hard for my sponsors.” He gets it! He is all about being an asset to the companies that support him and his dreams. Companies like Lucus Oil and Bridgford Foods that support MLF and him. When I asked if he had his sights set on any other sponsors he calmly said “I’m not worried about anyone else’s lawn, I’m focused on watering, manicuring, and fertilizing my own lawn.” He is chasing his dreams to be a professional bass fisherman all while working hard along the way.

On a side note Bryan has some of the best fishing stories. Many of which are from his days traveling the nation as a co-angler with the FLW Tour. I find myself getting lost listening to his stories like when he fished with Brian Thrift on the Potomac River. Next time you see him say Hi and you will be glad you did. 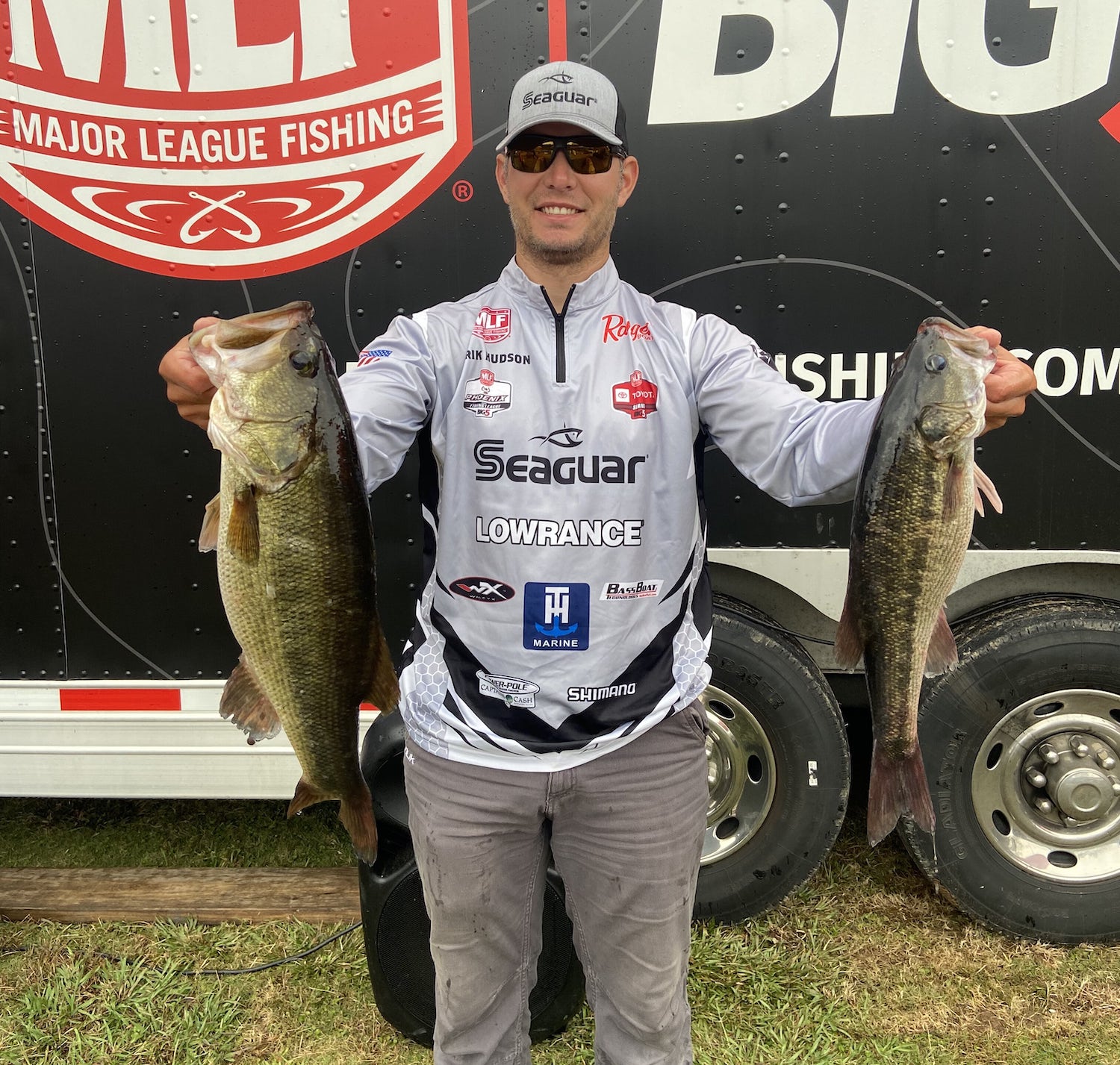 The Bass Cast would like welcome Derik Hudson to the Team 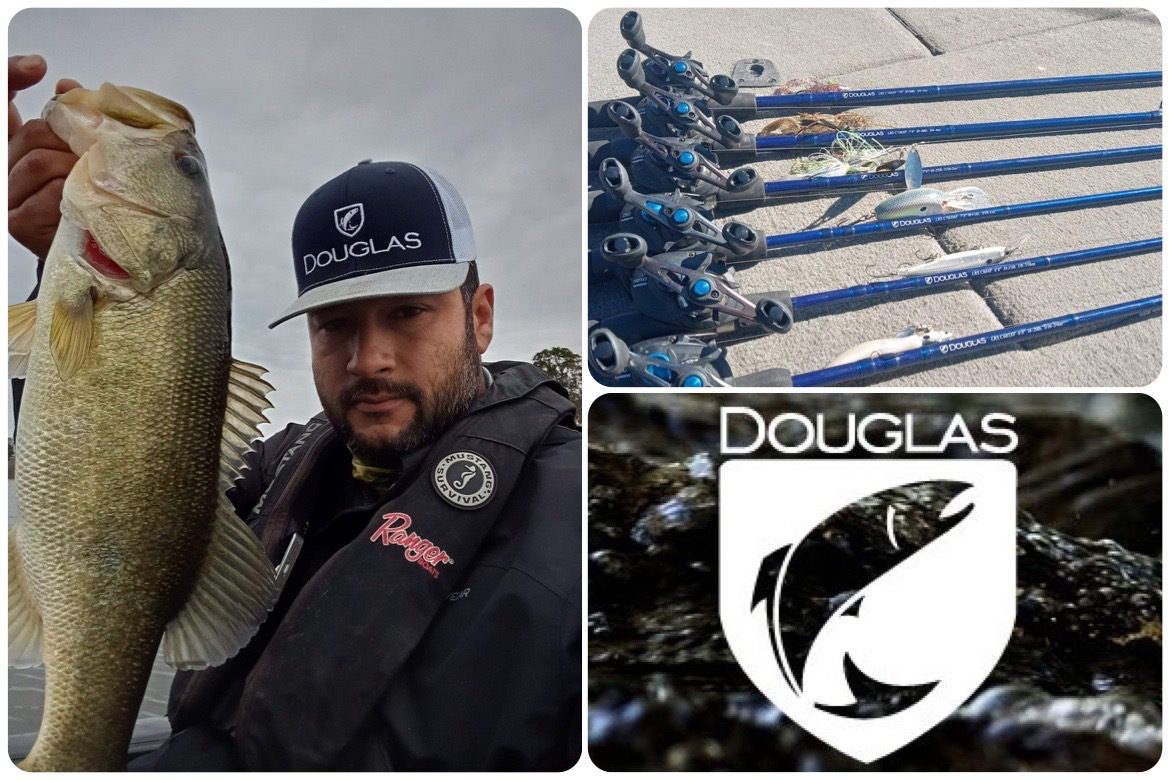 Virginia Pro Martin Villa weighs in on Douglas Outdoor rods, and his great finish at the MLF Pro Circuit Opener on Sam Rayburn in Texas

Fox To Ramp Up Coverage Of B.A.S.S. Events