Elite Angler Wendlandt Out Remainder Of Season With Eye Injury

Elite Angler Wendlandt Out Remainder Of Season With Eye Injury 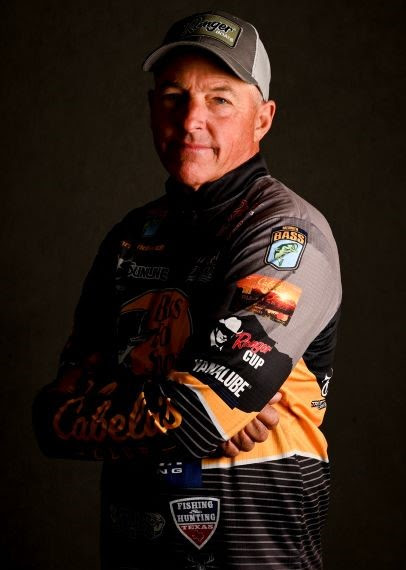 BIRMINGHAM, Ala. — Former Bassmaster Angler of the Year Clark Wendlandt has taken a medical hardship exemption and will forgo the remainder of the 2022 Bassmaster Elite Series season after suffering retinal hemorrhaging in his left eye on Friday morning.

The Austin, Texas, native made the drive to South Dakota a few days early, along with his wife Patti, to do a little sightseeing prior to the Guaranteed Rate Bassmaster Elite at Lake Oahe.

This was obviously alarming enough, but as Wendlandt attempted to regain his bearings, he realized the issue wasn’t only with colors.

“I couldn’t see out of it. Everything was really blurry. I couldn’t read numbers. Nothing. I could see a shape, but that’s about it. And it’s still that way.”

Though they were able to locate an eye care clinic in Rapid City, S.D., the doctor on duty recommended Wendlandt see a retina specialist, and that doctor wouldn’t be available until Monday.

The Wendlandts opted to make the trek back home to Austin, Texas, where they were able to meet with a specialist on Monday morning as well.

“It’s not a detached retina. It’s really retinal hemorrhaging. The way they treat it is with injections in the eye and laser surgery. Once the injections have done their due diligence, then you do laser surgery to correct it.”

Wendlandt was able to receive the first injection on Monday morning during the doctor’s visit, and the prognosis is promising.

“The doctor thought I’d have full recovery of my vision. It was as good of a prognosis as you could get. They acted like it would be three to four weeks (between injections) and the whole process would take about three months. And he was pretty confident.”

Wendlandt is in 43rd place in the Progressive Bassmaster Angler of the Year race and currently in the cut to make the Academy Sports + Outdoors Bassmaster Classic thanks to anglers who double qualified through the St. Croix Bassmaster Opens Series presented by Mossy Oak Fishing.

“Right on the Classic line and missing two tournaments, in a 31-year career never having had to do that, that’s pretty brutal.”

Wendlandt didn’t make the decision to opt-out of the last two Elites until Monday morning after the second doctor’s visit. He naturally pushed back a little, testing the proverbial waters to see if he could somehow still turn around and sprint back to South Dakota to compete this week.

However, one of the big things they try to prevent in this type of injury is water getting into the eye. Ultimately the decision to withdraw was inevitable.

“Running in rough water, that’s pretty tough to deal with. So to get my vision back 100%, it seems like it’s the best thing to do.”

Operating with only one eye for the last 72 hours or so, Wendlandt has already found it’s pretty difficult to do a lot of things. He was thankful his wife was with him for this event, surely on many fronts, but particularly for the practical purposes of driving them the 17 hours back to Austin.

Though the emotional pain for Wendlandt is excruciating, thankfully he feels fine physically.

“It doesn’t hurt. I don’t feel bad. I just have to be patient. There are lots of tournaments in my life, but there are only two eyes, and I’d just as soon have both of them.”

Adding insult to injury, Wendlandt is particularly fond of fishing events where he has little to no experience. That describes Oahe perfectly for most of the Elite Series field, Wendlandt included.

“I like the newness and not having ideas already in my head of what I’m going to do. And last year, once B.A.S.S. announced the schedule, I was able to go up there and fish. I really like South Dakota, and Oahe was a really cool place. I think they’re going to have a banner tournament, and I’ll be following it closely.”