Waylon Mullis Justin Hamner win ABT 100 with 25.03 By Jason Duran 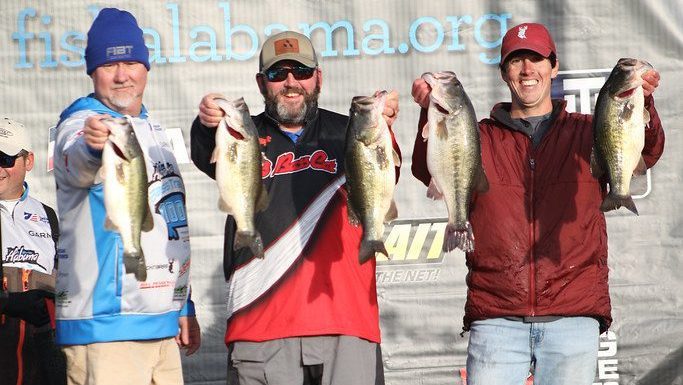 Florence, Ala November 19-The Alabama Bass Trail 100 Series concluded the 2022 season with the third and final stop at Pickwick Lake. 100 Teams competed for over $100,000 total purse. The final event also decided the AOY race. With teams reporting a difficult practice and few fish catches, the competition was expected to be tough. However, Pickwick has been known to produce heavy weights in previous ABT events, and this weekend didn’t disappoint. The team of Waylon Mullis and Justin Hammer crossed the scales with 25.03 pounds of Pickwick bass to take the win. 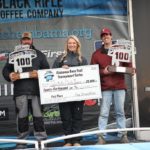 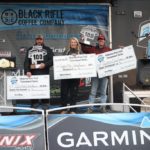 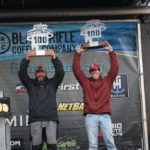 The first-place team of Waylon Mullis and Justin Hamner have fished the ABT series for a long time. Justin fished before he went on to the Bassmaster Elite Series. When asked what they expected this event to be like, Justin shared, “I always think it’s going to take a big bag to win on Pickwick because the fish just live here, but our practice was pretty brutal. Friday, in practice, we got on a little spot and caught a 5-pound and a 4-pound fish off one little spot, so we decided to run with it and milk it for all it was worth. Honestly it was way better than we expected.” The first 30 minutes was a lot of action. The team focused on a stretch along the seven-mile island area to catch most of their weigh. When asked if they expected it to be this good they said, “if you’re catching them, you know somebody else is probably catching them too, so you can’t back down.” They had their limit before 7am and upgraded throughout the day using a Yo-Zuri deep diving jerkbait as their primary bait throwing it around stumps and grass. They also caught a few fish on a Freedom Tackle Swim Jig in white.  The jerkbait has a long bill on it and with a moderate retrieve it helps the bait to bounce off stumps.  Waylon and Justin were the last team to weigh in. Prior to them there were multiple bags in the 19–20-pound range. However, when they came to the scale and dropped 25.03 it was statement that Pickwick still has the big ones. With this first-place finish, they cashed a $25,000 check. 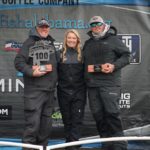 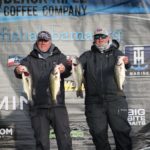 Jeff Kitchens and Randy Wiggins finished in second-place. “We started on the lower end of the lake on Thursday, and didn’t really find anything. On Friday, we spent our time on the upper end of the lake where we saw a bunch of birds flying around an area we didn’t fish. We spent our time fishing other areas not catching much, so we made a plan Friday night to start in the area where we saw the birds.”  They described the spot as, “scattered grass and stumps along a long bar in the seven-mile island area” fishing within sight of the first-place team. “The area had some fresh new grass, and the current flowed by washing against a hard spot pushing the bait up just right for the fish to come up and feed out of the current.” Jeff and Randy said it was a “quick morning bite flurry.”  They caught their fish using crankbaits- a Bill Lewis MR7 in white and a Lucky Craft square bill.  The team weighed in 20.89 pounds of Pickwick bass giving them a second place and $12,500.

Brandon Groce and Bryan Johnson finished in third-place and won $10,000. They focused on a spot near Brush Creek fishing a “thousand-yard stretch of a river ledge bar in about 5-feet of water. The fish were just holding there. In practice there was very little current, but today the wind and the current helped the fishing. We had a limit by 7:30 and continued to upgrade till 9:30, and it turned on again after a lull about 11:00. We fished a Megabass 110 +1 Jerkbait in pearl.” They caught around 30 fish all day in that spot to upgrade to the 20.59 pounds. 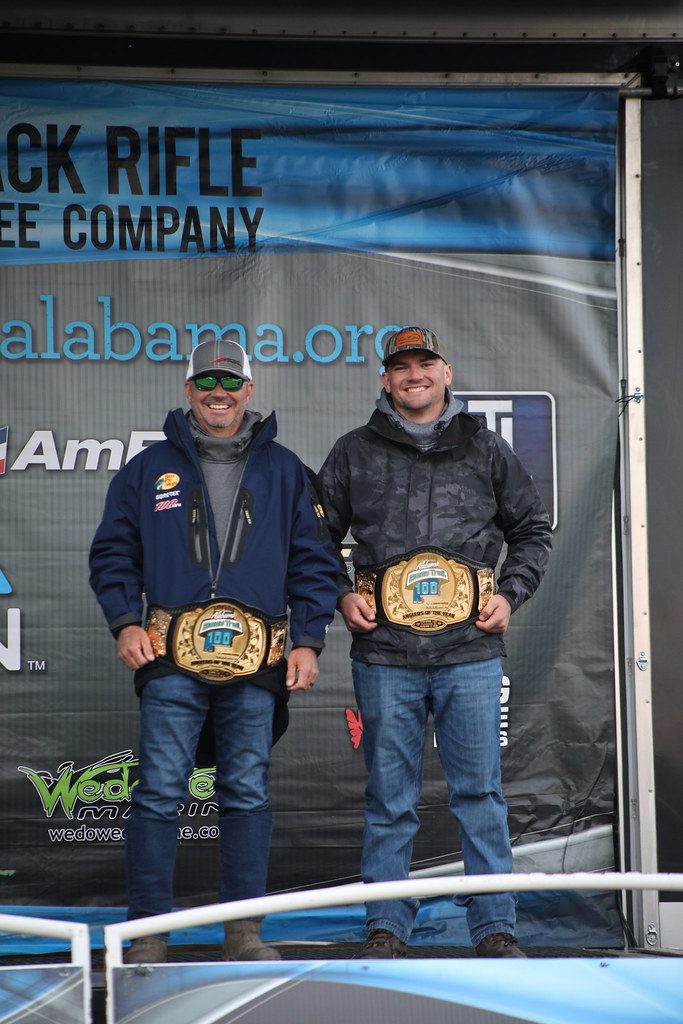 The father and son team of Phillip Dukes and Baily Dukes were the most consistent team this year in the three events they finishing 12th,11th, and 10th. That consistency earned them the 2022 ABT 100 AOY. They earned the highly coveted championship belts which they plan to wear to work tomorrow.

The top five standings are below for a complete list of standings please visit:

Download and listen to the ABT Podcast on your favorite Podcast app by searching for “Alabama Bass Trail Podcast.”  The Podcast is released each week on Tuesday. 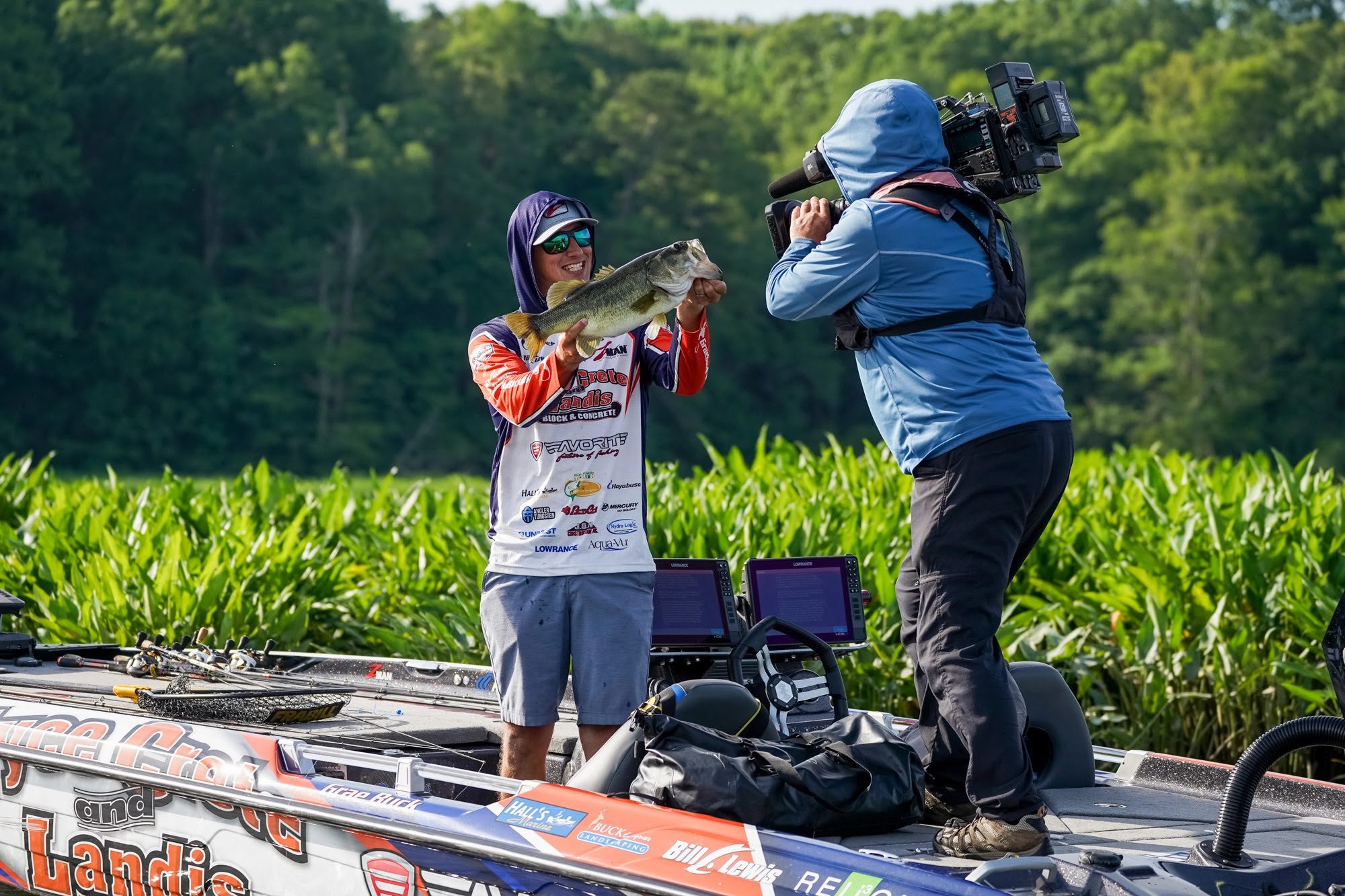 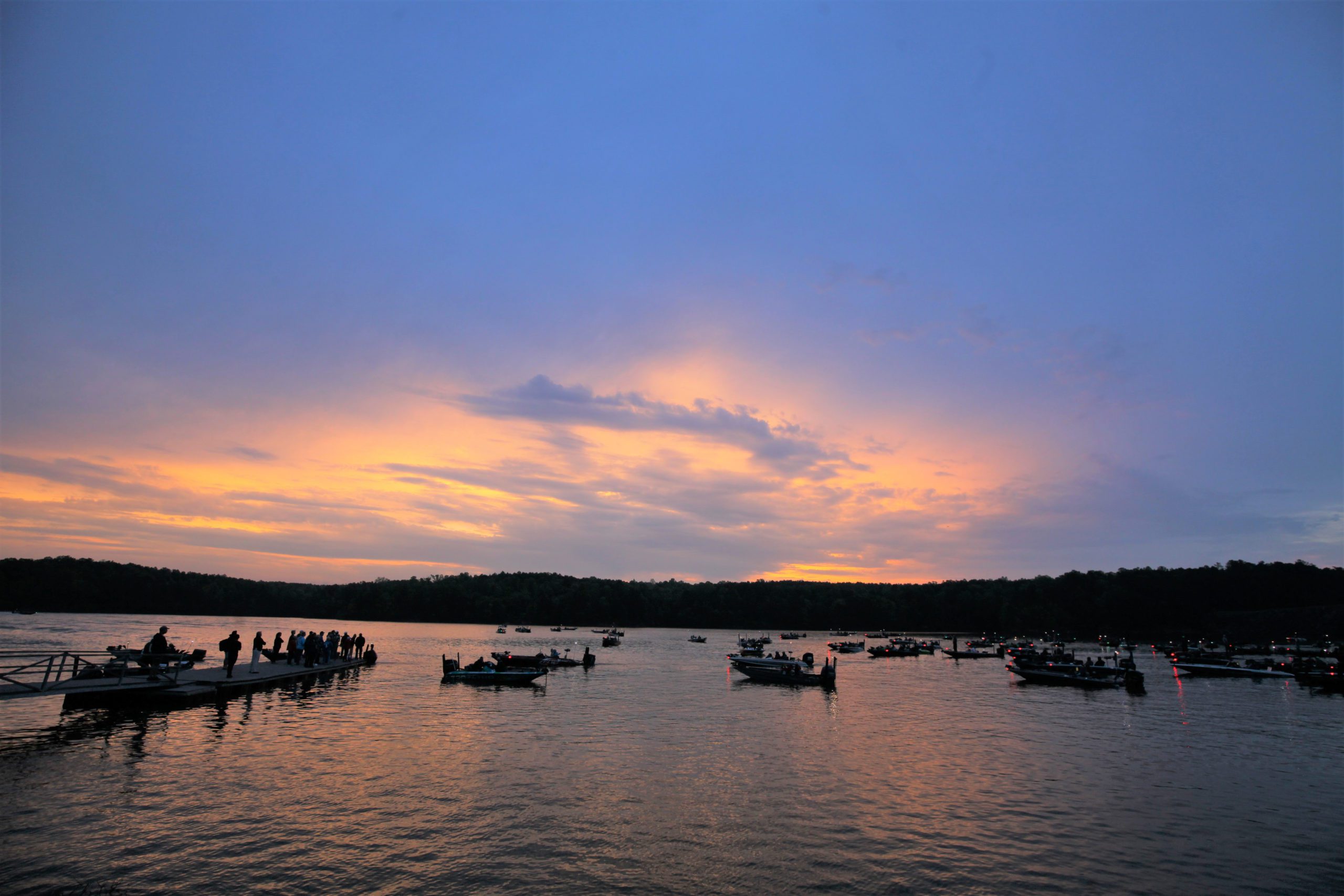 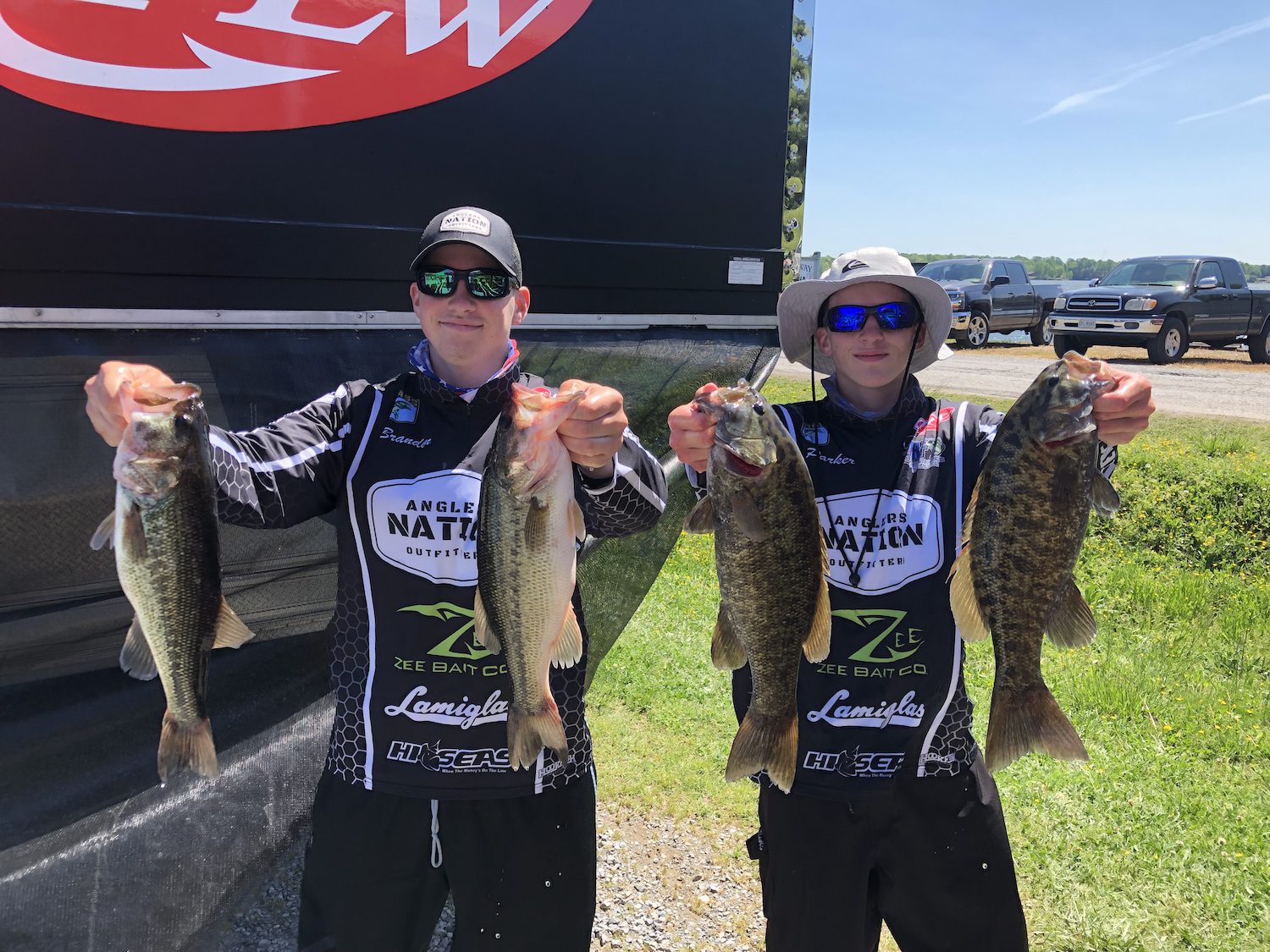