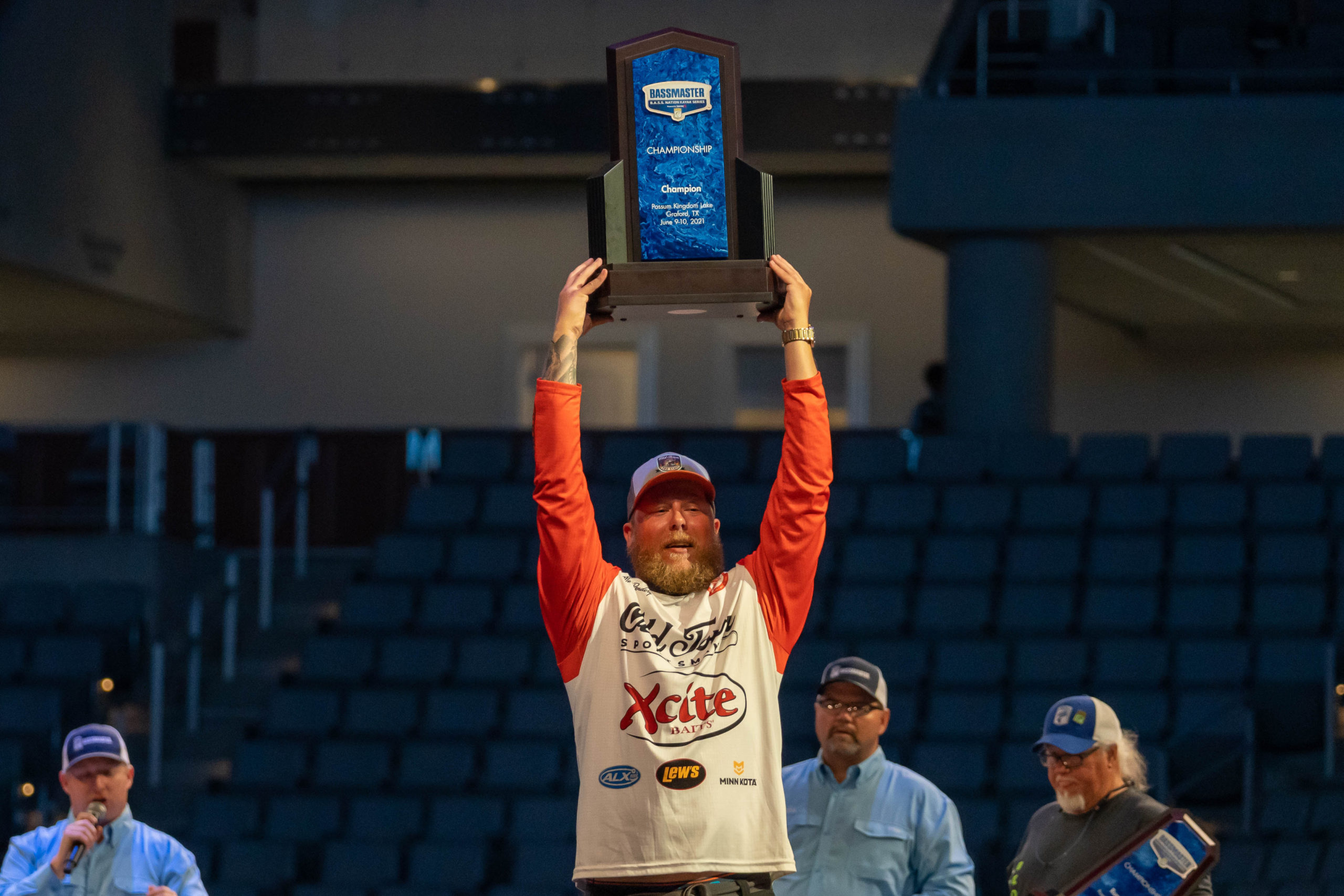 FORT WORTH, Texas — When conditions trashed his practice findings, Mark Pendergraf of Fort Worth, Texas, made a key adjustment and won the inaugural Bassmaster B.A.S.S. Nation Kayak Series Championship powered by TourneyX on Possum Kingdom Lake with a two-day total of 209.25 inches.

“From about 6:30 to 1, I caught fish on bluff walls with a Strike King 5XD in the sexy shad color, but I fished closer than I did in practice because of the muddy water,” Pendergraf said. “I had a rough start to the day and I only had 4 fish at 12:30.”

Frustrated with his low productivity, Pendergraf steered his Old Town Autopilot 120 kayak back to his launch ramp where he assumed he’d wind up his day with a few random casts.

“Day 2, I literally launched my kayak, I went out, made a U-turn, waited until lines-in and I stayed there for 10 hours. I punched some heavy, heavy fish. I think my first fish was a 24-inch bass. That was my fourth cast, about 6:05.”

“I would crank from about 3 feet down to 12,” Pendergraf said. “On Day 1, it was a fast flurry, just a lot of fish in a short amount of time, so I didn’t have anything pinpointed on that boat ramp that they were attracted to.

“Day 2, I found that one side of the boat ramp had a lip on it. There was a solid drop-off on it and the fish were tucking down on the side of that. If I could land my bait on that lip and run it down, they would smash it cast after cast after cast.”

Reflecting on the way his tournament played out, Pendergraf said he should have spent his entire tournament on that boat ramp. “I could have just gone out with one rod and one bait and just been done.”

Keep up with whats happening on the water