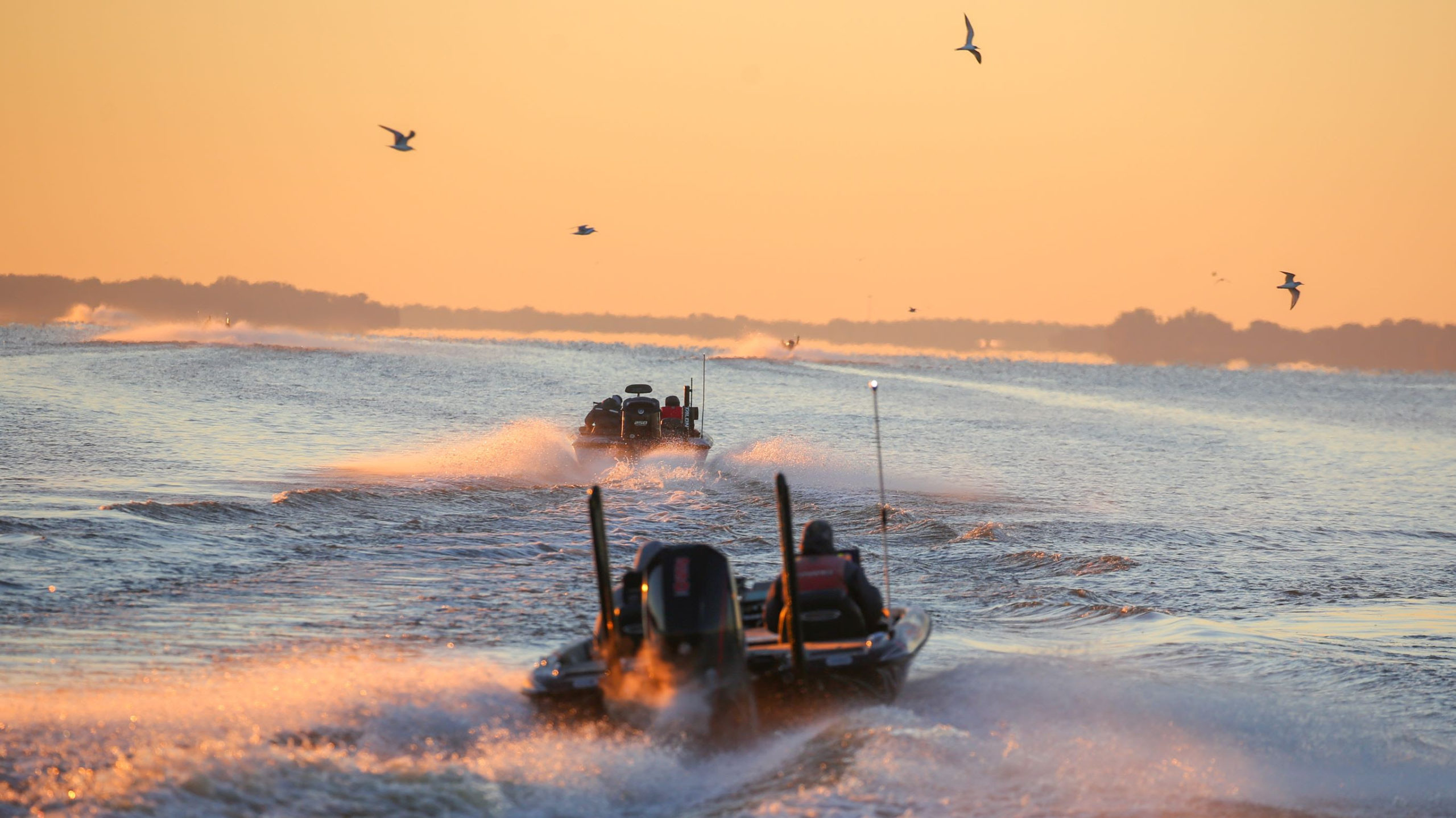 BIRMINGHAM, Ala. — The St. Croix Bassmaster Opens presented by Mossy Oak Fishing have grown exponentially in popularity over the past few years. But the buzz has never been louder than it’s been since the announcement of the new Opens EQ (Elite Qualifiers) format in July — and now B.A.S.S. has officially announced where all of the excitement will take place in 2023.

On Tuesday, B.A.S.S. unveiled a slate of nine Opens — three each in three divisions — covering eight states from March into late October. Anglers fishing all nine events will be vying for an invitation to the Bassmaster Elite Series. The Top 9 anglers in the Bassmaster Opens Elite Qualifiers standings will earn an invitation to join the prestigious Bassmaster Elite Series in 2024. Individual event winners — including those who only fish one, three-event division — will be eligible for a berth in the 2024 Academy Sports + Outdoors Bassmaster Classic.

“We’re so excited about this new format,” said Executive Director of Tournaments Hank Weldon, who oversees the Bassmaster Opens. “With the Opens EQ format, there is a clear path forward for those who want to make fishing a full-time career and prepare as much as possible while progressing toward the Elites. Those anglers’ abilities will be tested throughout the year on a variety of fisheries and prepare them for the cross-country rigors of the Elite Series. At the same time, those who only fish three events in one division will still be fishing for a dream chance to compete in the Bassmaster Classic.

“That excitement, plus the great fisheries we have on our schedule, will make 2023 so much fun for anglers and fans of the sport.”

Division 1 will serve as the starting point for the Opens season with an event March 2-4 on world-famous Lake Eufaula in Eufaula, Ala. Known as the “Bass Fishing Capital of the World” and the hometown of late fishing industry legend Tom Mann, the brushpile-laden Chattahoochee River fishery has hosted 17 major B.A.S.S. events since 1968.

The organization hadn’t visited Eufaula since 2006 before returning in the summer of 2020 for an Elite Series event that was won by Tennessee pro Buddy Gross. It was one of the first professional bass fishing events televised live.

The remainder of Division 1 will include stops on Alabama’s Wheeler Lake in Decatur, Ala., May 18-20, and Florida’s Harris Chain of Lakes in Leesburg, Fla., Oct. 12-14. B.A.S.S. last visited Wheeler — a 68,300-acre lake on the Tennessee River — for an Elite Series event in 2016. The organization’s last visit to the Harris Chain (ranked No. 4 in the Southeastern Division of Bassmaster Magazine’s annual list of 100 Best Bass Lakes) was for an Elite this past February that was also won by Gross.

“On behalf of our local partners at the City of Leesburg and the Greater Orlando Sports Commission, we are thrilled to welcome the Bassmaster Open tournament to Lake County,” said Ryan Ritchie, Director-Office of Visit Lake, Lake County Florida. “Our area continues to be a destination for championship professional fishing and our communities thrive off the visitation from spectators and anglers who stay in our hotels and visit our local establishments translating in positive economic impact. Our partnership continues to grow with Bassmaster, and we always enjoy working with their staff and welcoming them to Lake County!”

Toledo Bend has hosted major B.A.S.S. events 16 times, including most recently the 2019 Central Open that was won by current Elite Series pro Darold Gleason of Louisiana. Toledo Bend was the first fishery to ever rank No. 1 two years in a row on Bassmaster Magazine’s 100 Best Bass Lakes list, in 2015 and 2016. It ranked fifth in the Central Division this year.

B.A.S.S. has only visited Lake Eufaula (Okla.) three times for major events since 1970 and hasn’t held an event on Oklahoma’s largest lake (105,500 acres) since a TNT Fireworks B.A.S.S. Nation Central Divisional in 2014. The organization has been to Lake of the Ozarks 11 times, but not since the 2001 Missouri Central Open. The lakes rank seventh and eighth, respectively, in the Central Division of Bassmaster Magazine’s most recent 100 Best Bass Lakes list.

“We are thrilled to welcome the Bassmaster Open here to Mecklenburg County, Va.,” said Tina Morgan, tourism coordinator for Mecklenburg County. “A multiday tournament of this caliber will not only give us the exposure we need to attract more of these high-level tournaments here, but hosting 200+ anglers for an average of seven days will have a tremendous impact on our local economy. I am looking forward to working with the B.A.S.S. organization as they discover why Buggs Island / Kerr Lake is indeed one of the best fisheries on the East Coast!”

“The City of Kingston welcomes back B.A.S.S. for their first major event on Watts Bar in more 40 years,” said Kingston City Councilwoman Stephanie Wright. “We are excited to welcome anglers, staff and fans to our area that has so much to offer in outdoor recreation. We like to think of Kingston as the gateway to Watts Bar and are thankful for the opportunity to show off this beautiful place we call home.”

The final event in each division will feature live television coverage on FS1. Fans watched on FS1 as 20-year-old JT Thompkins clinched a berth to the 2023 Academy Sports + Outdoors Bassmaster Classic at the Northern Open on the Upper Chesapeake Bay, and more than 12.8 million viewers have tuned in for Bassmaster tournament coverage on the FOX networks over the course of the 2022 season.

“When you look at the layout of our schedule — both the times and locations — it’s easy to see why we feel like someone who fishes all nine Opens and qualifies for the Elite Series will be fully prepared for the challenge,” Weldon said. “These are all great fisheries, and anytime we visit a lake we haven’t been to in a while, it’s a big thrill for the competitors and for fans keeping track of the circuit across the country.”

Registration will open in early November, beginning with anglers who want to participate in the Opens EQ Division.

New for 2023, there will be an off-limits period of 28 to 30 days, depending on the event, with an official practice period of five days before the tournament. The no-information rule that applies to Elite Series events will not be in effect for Opens.

“What a schedule,” said B.A.S.S. Vice President of Tournaments Chris Bowes. “Zigzagging the country, visiting some of the best fisheries in the world — some that we’ve been to a lot and some that we haven’t been to in a long time — will be fantastic.

“We like to think our schedules each year for all of our trails are not only a test of our anglers’ abilities but a celebration of the sport itself. This one certainly checks all the boxes.”