The Bass Cast
Home Breaking News Big Bass Fill the Knockout Round: The Top 8 Advance to the... 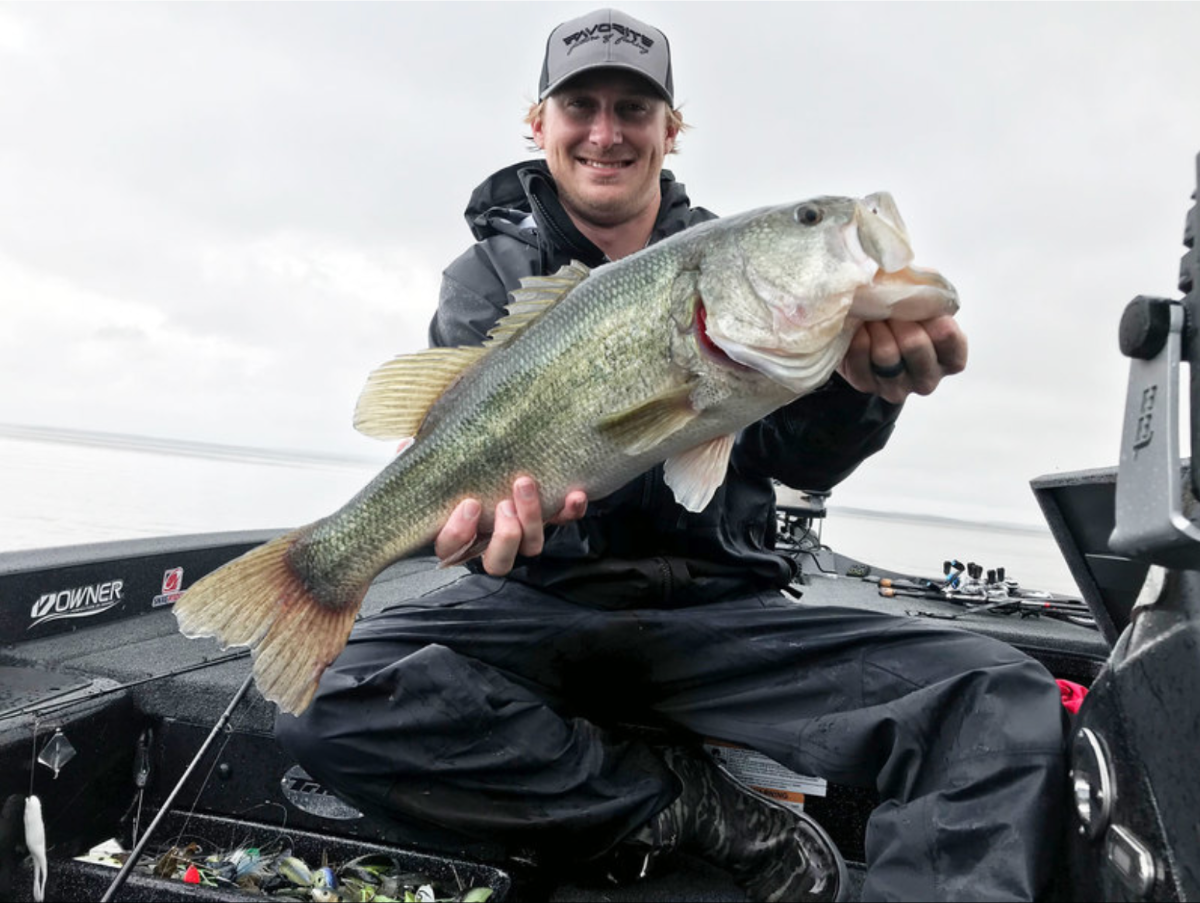 February 11, 2020 (Eufaula, Ala.) With nearly 600 pounds of fish averaging three pounds, six ounces each, B&W Hitches Stage One presented by Power-Pole Knockout Round turned into a thrilling day for anglers and fans alike. Dustin Connell steadily secured his first-place position by the end of the day with three scorable catches each period, including three over six pounds and a total of 40 pounds, six ounces. Ott DeFoe led the field with eleven total scorable catches but went scoreless in Period 3 to drop to third overall with 35 pounds, 13 ounces. With six catches ranging from three pounds to eight pounds, Jordan Lee secured second place with 36 pounds even. The top eight anglers advance to the Championship Round and a chance to win $100,000.

Favorite Fishing Pro Connell figured out Lake Eufaula in late Period 3 with three of his catches coming in the last 40 minutes of the day, including his third bass over six pounds.

“I started off slow, but I completely abandoned what I was doing and switched to anew bait,” Connell said. “Then I started dialing into the right depth and cover and got a pattern going.”

Lee leveraged a spot on the northern side of Lake Eufaula that he remembered fishing early in his tournament days as a co-angler. His gamble earned him six big bass, including one eight-pounder.

“This is the best day I’ve ever had for big fish – in a tournament or fun fishing; it was my best day ever for big ones,” Lee said. “It was a magical day, and I can’t explain it.”

Ott DeFoe took a commanding lead early in the day and then held on to finish in third place.

“The morning was excellent, and it was the same place that was good to me yesterday,” DeFoe said of his morning.”

SCORETRACKER® fluidly moved anglers across the entire field all day as big bass catapulted some into the top eight, while others fell below the elimination line. Mike McClelland, who was fishing in his first Knockout Round in Bass Pro Tour history, caught a two-pound-10-ounce bass 13 minutes before the end of Period 3. One minute later, Alton Jones, Jr. landed a five-pound-four-ounce largemouth to knock McClelland out of the Championship.

Brent Chapman landed the Berkley Big Bass of the Day with an eight-pound-15-ounce largemouth within two hours of lines in. He currently takes the lead on the field’s race to Heavy Hitters presented by Venmo on the Kissimmee Chain, May 16-20. Each angler earns points for his biggest bass at each of the first five Stages. The 30 anglers with the heaviest “bag” earn the chance to compete for a share of the nearly $750,000 purse.

The competition concludes Wednesday with the Championship Round where ten anglers compete for the B&W Hitches Stage One presented by Power-Pole Title. The weather forecast indicates an overcast day with a temperature ranging from 63 degrees at launch to 77 degrees at return and a 20% chance of rain.

Fans can catch all the action every day of competition on MLFNOW! livestream on MajorLeagueFishing.com or download the MLF App for your Apple or GooglePlay device or on MyOutdoorTV (MOTV).

About the Bass Pro Tour:

The Bass Pro Tour began in 2019 and features 80 of the best professional anglers in the world, including Kevin VanDam, Edwin Evers, Aaron Martens, Mike Iaconelli, Jordan Lee, and Skeet Reese. Each stage includes six days of competition using the Major League Fishing, catch-weigh-and-immediately-release format, where every bass over a variable minimum weight, which is two pounds on Lake Eufaula for Stage One, toward a cumulative weight total for the day.  Variable minimum weights are determined by fishery akin to a golf course handicap. The field of 80 anglers is divided into two groups of 40 to compete on days one and two respectively for the Shotgun Round. On days three and four, the Elimination Round culls the field based on a combined 2-day total weight from each angler’s Shotgun and Elimination Round. The top 20 anglers from each group in the Elimination Round (40 total) advance to the Knockout Round on day five, which determines who will compete on that final day, the Championship Round, for the Stage title and $100,000.

In addition to the economic impact on a host community, Major League Fishing showcases the region through their award-winning, live and linear programming. Each Stage of the Bass Pro Tour is broadcast live on the Major League Fishing app, MyOutdoorTV (MOTV), and majorleaguefishing.com, totaling more than 325 hours of original programming. Fans can follow the fast-paced nature of the MLF format as it unfolds on the live leaderboard through “SCORETRACKER® updates.” Highlights from each Stage of the 2020 Bass Pro Tour will air on Discovery Network beginning in July 2020 and Sportsman Channel in early 2021.

“MLF offers the strongest broadcast presence in the industry to fans and sponsors,” said Jim Wilburn, President and CEO of Major League Fishing. “And with these lakes planned for this coming Bass Pro Tour, we know 2020 will be our best year yet as we continue to capture a broad audience of both longtime fishing fans and those new to the sport, thanks to our fast-paced, fan-friendly format,”