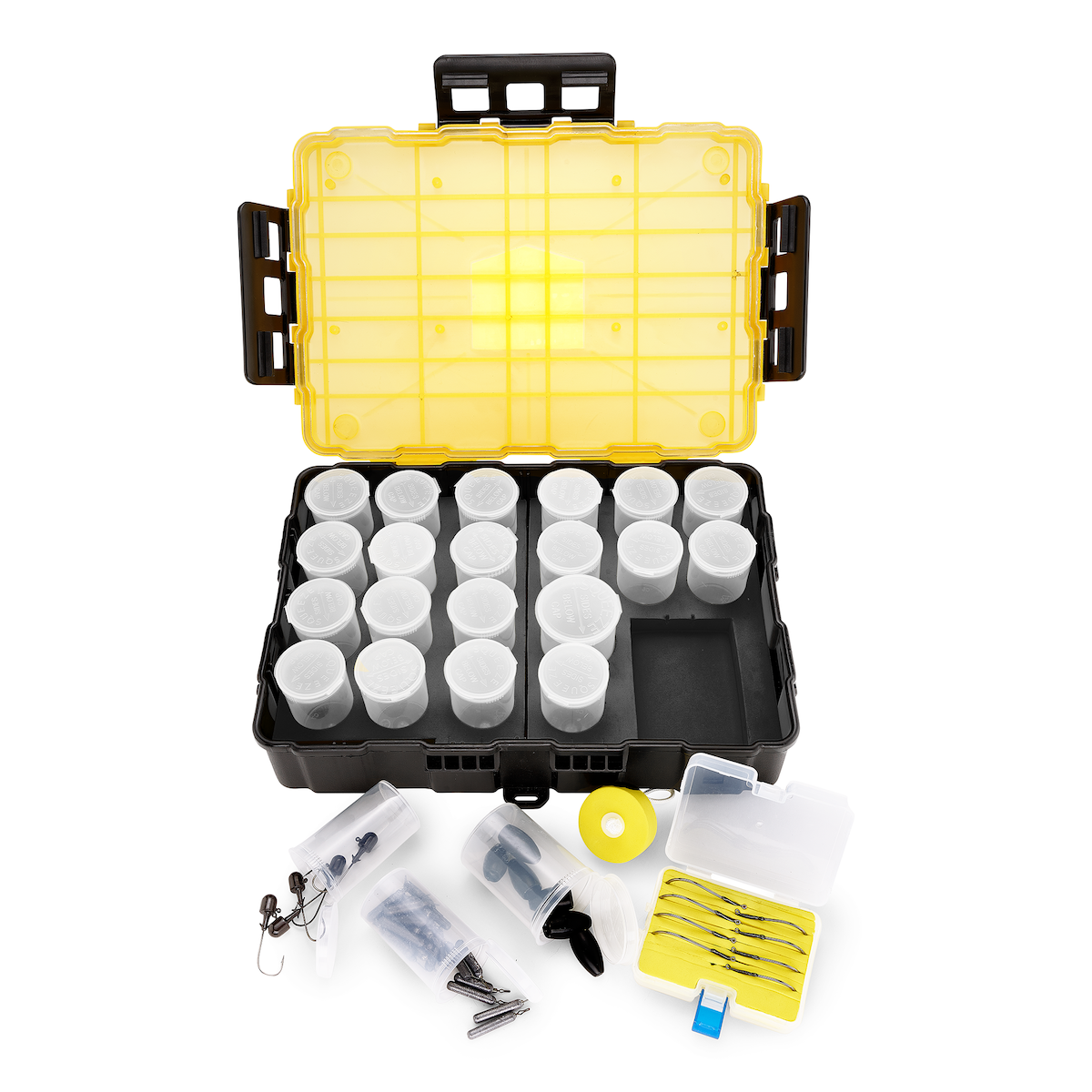 Carpentaria, Calif. – December 4, 2018 – In keeping with their reputation for being one of the most innovative, problem solving manufacturers in the fishing industry, Cal Coast Fishing introduces their new Battle Box premium tackle management system. 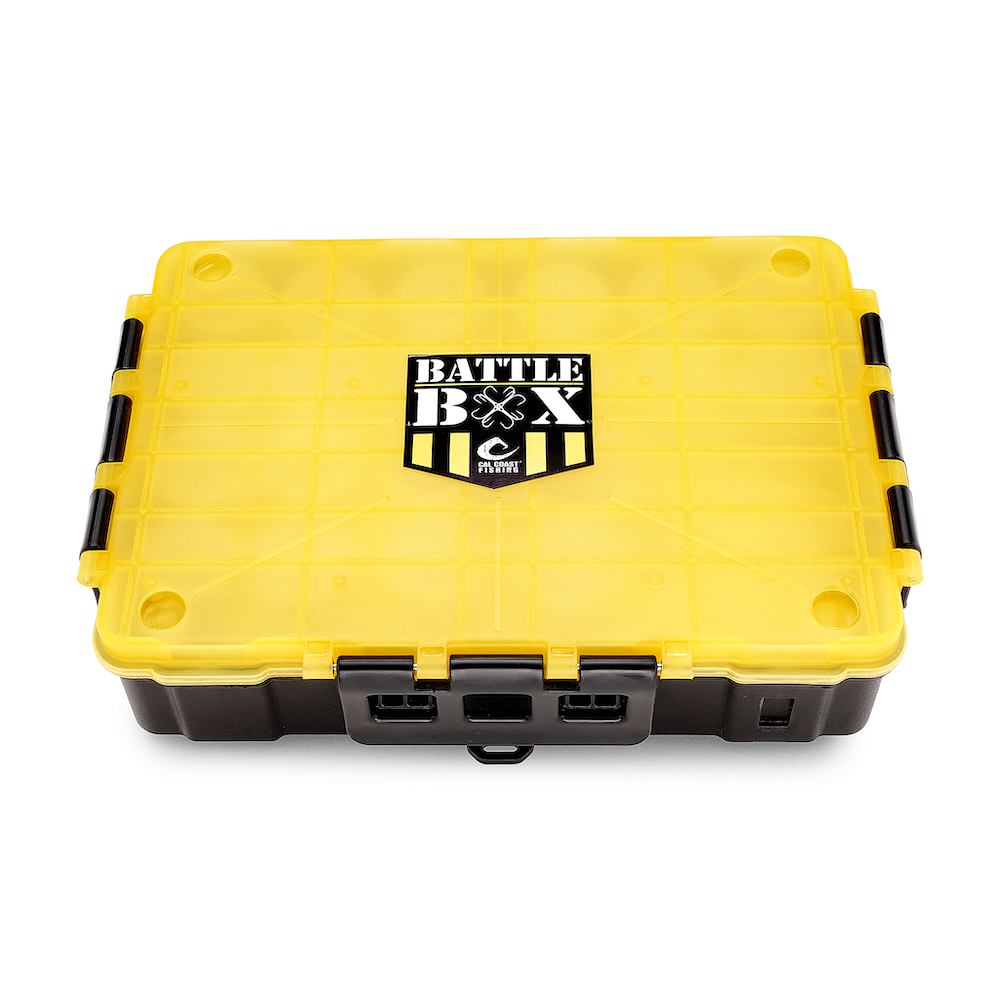 The new Battle Box system incorporates a custom designed black and yellow molded shell that features the use of flip top Ammo Cans and uniquely designed Tackle Mags to modularly store tackle in the system.  The Ammo Cans and Tackle Mags give the angler the ability to store terminal tackle by type; finesse, Flippin’, Punchin’ or any other set they wish, and change out the internal containers to fit the need for the particular lake or fishing conditions that day.  Custom foam inserts help hold the components securely in place, yet provide the ability to be removed for bulk storage, or segmented storage with the included dividers.

Dave Romanus, CEO of Cal Coast Fishing said that the system; which took more than a year to perfect, was built to allow a variety of anglers to customize based on need.  “A pro angler or boater may like to incorporate a box for each application, but the Battle Box allows anglers with space considerations to condense,” he said.  “The Battle Box can be configured by co-anglers and kayak anglers to pair complementary products in one Battle Box to conserve space by utilizing the features we’ve incorporated into the design.”

Romanus said that the Battle Box concept should be credited to his unbelievable staff. “I really believe in listening to our team who spend a ton of time on the water,” he said.  “They have great ideas and give great feedback. This product never would have come to life if it wasn’t for them.  I really think when people see the functionality of the system; they will catch the vison and find their own layout that works for them.”

Each Battle Box measures 13 1/2-inches wide, by 9 3/4 inches tall with an outside depth of 4-inches.  The system comes with 20 separate cylindrical Ammo Cans to organize hooks, weights, jigheads, swivels, bobber stops and other items.  Several of the Ammo Cans feature foam plungers that allow the angler to put small items into the Ammo Can under the plunger to help keep them from rattling around and become tangle or damaged. 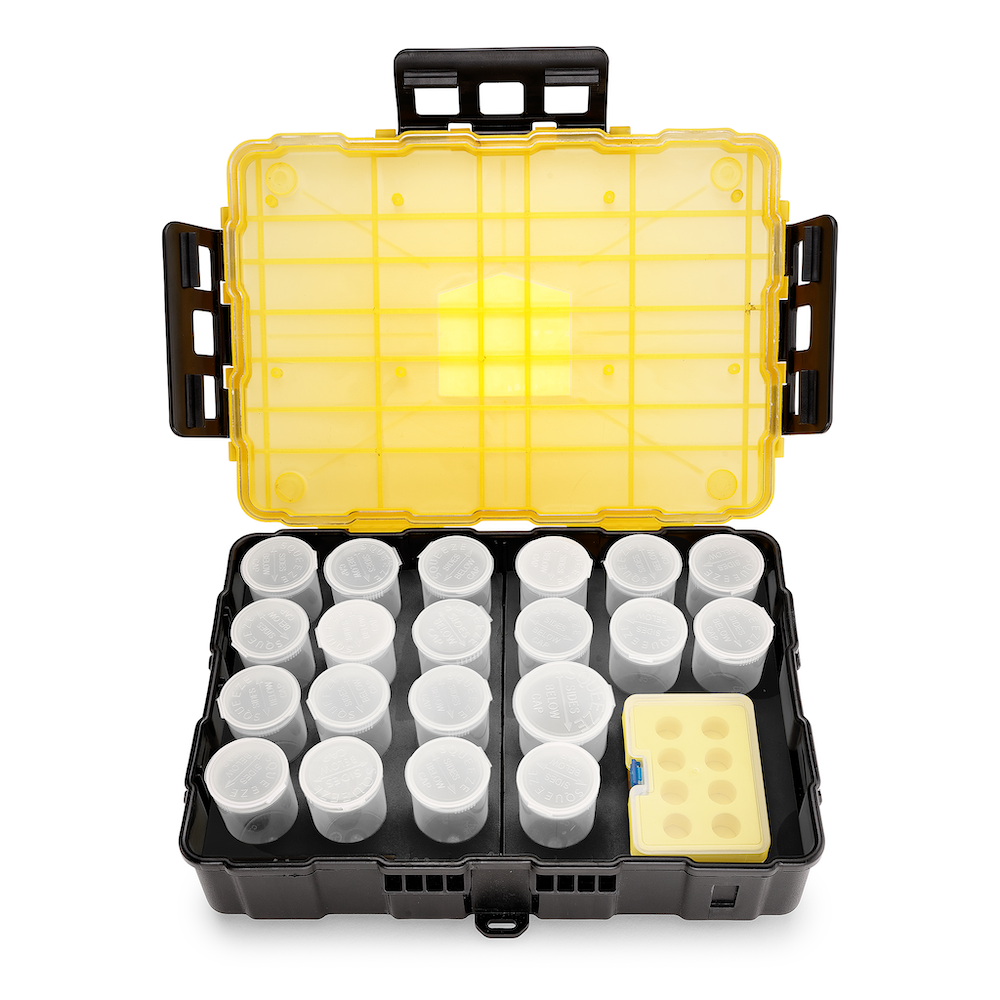 The Battle Box system also comes equipped with one Tackle Mag and two interchangeable foam inserts that allow the angler to load hooks or large tungsten to suit their needs.  Two sheets of included label blanks allow the angler to mark the caliber of their terminal tackle, and four dividers are included to allow for even more flexibility in customization.

The Battle Box will retail for $42.99, and will be available at Cal Coast Fishing retailers in December 2018.  For more information or for pre-order, visit the Battle Box page at https://calcoastfishing.com/product/battle-box/.