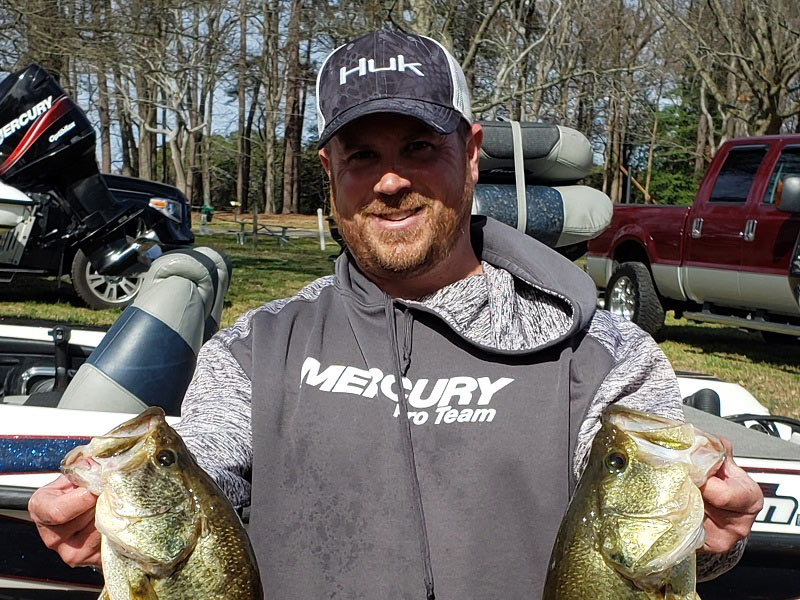 14 March 2020 – 37 anglers gathered at the Chickahominy River for what turned out to be a mild spring day.  Despite cold water temperatures, Clay Lewis of Sandston, Virginia was able to put together a formidable limit of bass that weighed in at 19.61 pounds anchored by big fish of the event at 5.64 pounds.  For the win Clay not only earned the 200 points for first place but added $755 first place money to his fishing funds.  The big bass also earned him an added $175.

“I stayed on the main river today targeting active fish using rattle traps and chatter baits.  All of my fish came during outgoing tide, and once the tide turned the bite was over.”  Said Lewis.

This was an excellent turnout for the first event of the year.  The Virginia division will next gather at Holly Grove Marina on Lake Gaston on 4 April.

These anglers earn valuable points toward the divisional Angler of the Year (AOY) title.
The points champion from each division will compete in the annual American Bass Anglers (ABA) Bass Pro Shops Fishing Tour (BPSFT) Angler of The Year (AOY) Final Round at the BPSFT National Championship.