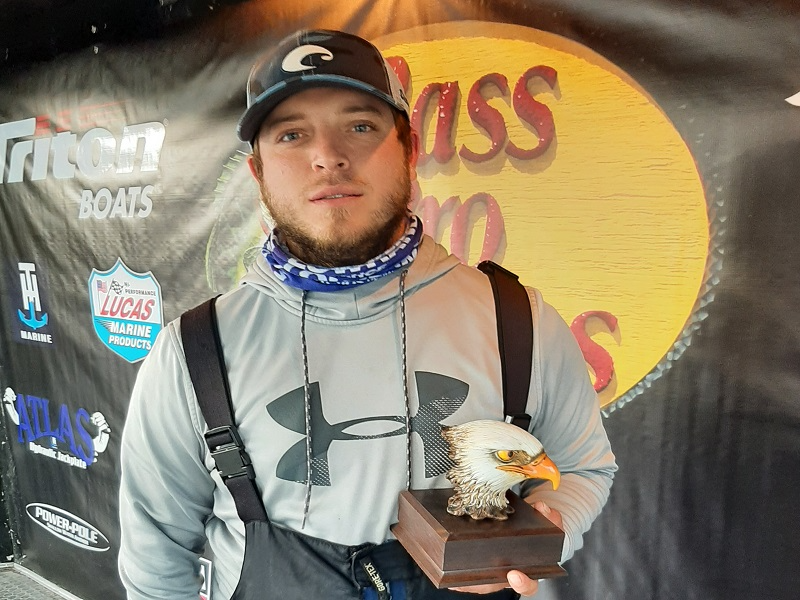 “After practice I thought I would be able to catch 9 or 10 keepers, but it changed on me, I was only able to catch 6 keepers, it was a really slow day. I managed to catch one of my better fish on the second to last cast. I was concentrating on lay downs pitching a creature bait, I also fished a weightless stick around grass beds fishing really slow,” said Edel.

2nd place Boater James Thomas of Gallatin, Tn had 5 fish for a total of 15.60-lbs.
“I had all my fish by 9 o’clock this morning nothing after. It was very slow, and I was flipping shallow,” said Thomas.

3rd place Boater Eric Silverstrim of Indian Mound, Tn had 5 fish for a total of 12.59 pounds. “It was all about the merging grass didn’t matter which kind, but they seem to be holding fish. I caught about 10 to 11 keepers, mostly males waiting for the females to move to bed,” said Silverstrim.

4th place Boater: Dylan Wright of Murfreesboro, Tn had 4 fish for a total of 11.43 pounds. 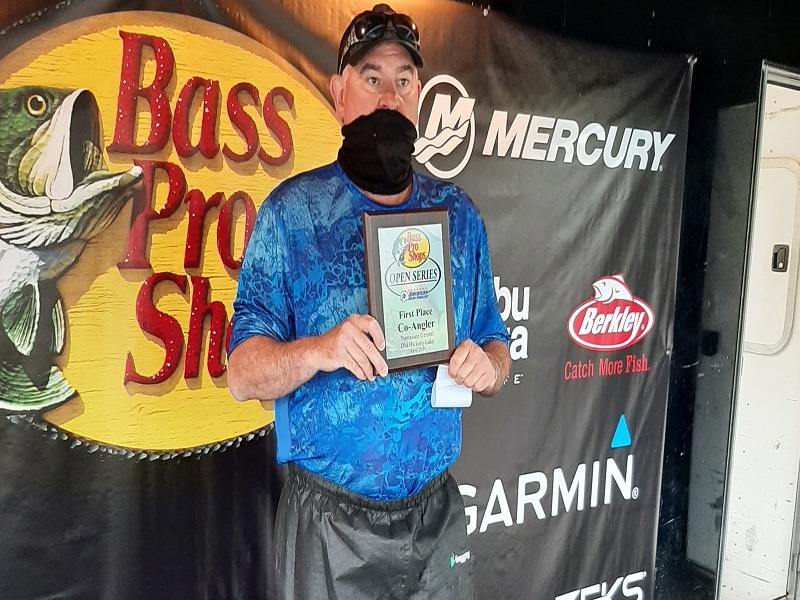 “I was fishing a jig around grass and rocky points,” said Higgins.

2nd place Co-Angler: Joe Nash of Cookeville, Tn had 3 fish for a total of 8.40 pounds.
“I fished beaver baits and bugs all day long,” said Nash.

3rd place Co-Angler: Kevin Jones Jr. of Fort Campbell, Ky had 3 fish for a total of 8.18 pounds.“I caught all my fish on a jig and shakey head all day long,” said Jones.

The next stop in the Central Tennessee Open Series division is May 8th on Percy Priest lake at Fate Sanders Marina.  At the end of the season, the best anglers from across the nation advance the 2022 Ray Scott Championship to be held at Lake Eufaula in April, 2022.