The Bass Cast
Home Breaking News Florida’s Linsinbigler Comes from Behind to Win Toyota Series Event on the... 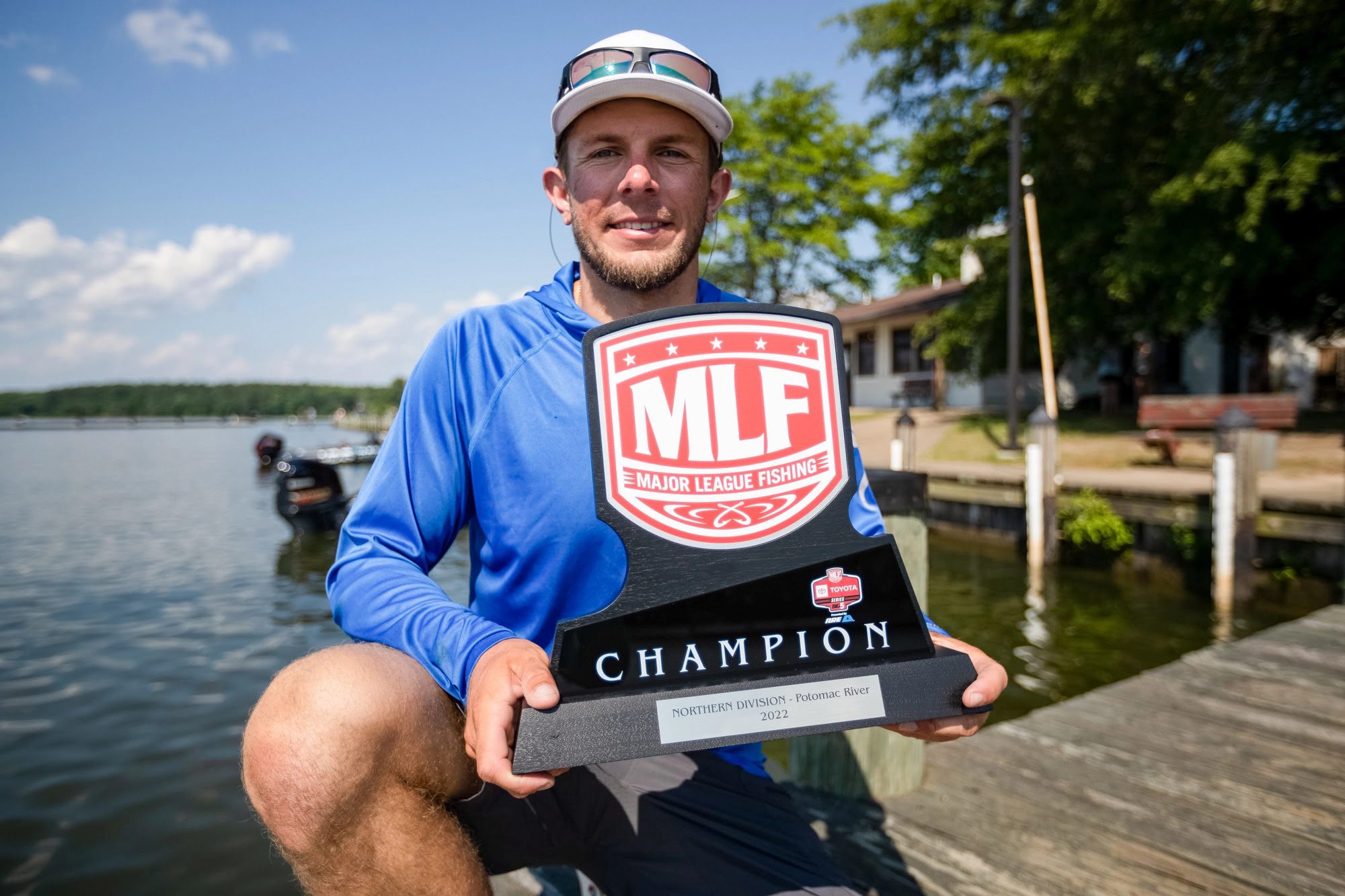 MARBURY, Md. (June 26, 2022) – After sitting in 46th place after Day One of the three-day tournament, pro Harry Linsinbigler IV of Dover, Florida rallied on Day Two, finishing in 6th place with 31 pounds, 15 ounces going into the final day. On Saturday, Linsinbigler brought another limit weighing 20 pounds, 14 ounces to the scales to win the Toyota Series Presented by A.R.E. at the Potomac River. Linsinbigler’s three-day total of 15 bass weighing 52-13 earned him the win by a 13-ounce margin over second-place pro Robert Henderson of King George, Virginia and earned Linsinbigler the top payout of $44,000.

Hosted by the Charles County Board of Commissioners, the tournament was the first event of the season for Toyota Series Northern Division anglers, featuring the region’s best bass-fishing pros and Strike King co-anglers casting for a top prize of up to $75,000, including the lucrative $35,000 Phoenix MLF Bonus.

After pulling in 14 pounds, 11-ounces early on Day One, Linsinbigler said he decided to save his fish and go look for bigger fish, a decision he instantly regretted after seeing the 20-pound plus bags at the top of the leaderboard following the weigh-in.

“I really didn’t think it was going to take that much weight to be in the top 25, so once I had over 14 pounds, I laid off my fish and started looking for new and better fish,” Linsinbigler said. “I’d only caught one fish over four pounds, but I figured I would probably need some bigger ones.

“They grew up a little on Day Two and I hit a new area that I’d found in practice,” Linsinbigler continued. “That helped my bag a bit, but I was still only catching 3-pounders.”

Linsinbigler said he caught most of his fish on grass flats out of three major creeks throughout the event – Mattawoman, Chicamuxen and Quantico – throwing a ChatterBait, a frog and a swim jig.

“Those are really the only three baits I was catching those quality bites on, so I just stuck with them,” he said. “Most of the pressure was inside the grass flats, so I stayed outside and fished the outside corners so I could have the areas all to myself.”

Linsinbigler said he was excited to be in the Top 10 going into Day 3 but had no grand aspirations of winning the event at that point.

“Going into the final day, I knew I was going to do good in points, but I felt like the deficit I had was pretty insurmountable,” Linsinbigler said. “There were three guys in front of me that had over 6 pounds on me, and I didn’t expect those guys on top to struggle because they had done so good the first two days.

“I got back to one of my spots on Day 3 – still by myself in my area – and caught a 4 ½-pounder and two more that were right at 4 pounds,” Linsinbigler continued. “That was huge because I’d only caught one other 4-pounder throughout the rest of the week.”

Those three 4-pound bass and two more added up to the winning limit of 20 pounds, 14 ounces – by far the heaviest bag of the day – leading Linsinbigler to his first big win.

“This is actually my first year to fish the Toyota Series as a pro and only my second tournament as a pro, so this win is absolutely amazing,” Linsinbigler said. “I’ve fished tournaments for over 10 years, so this is something I’ve worked toward for a long time.

“I do want to eventually go pro, and this win solidifies the fact that I can compete at this level.”

The top 10 pros on the Potomac River finished:

Henderson took home an extra $1,000 as the highest finishing Phoenix MLF Bonus member. Boaters are eligible to win up to an extra $35,000 per event in each Toyota Series tournament if all requirements are met. More information on the Phoenix MLF Bonus contingency program can be found at PhoenixBassBoats.com.

The top 10 Strike King co-anglers on the Potomac River finished:

The 2022 Toyota Series Presented by A.R.E. consists of six divisions – Central, Northern, Plains, Southern, Southwestern and Western – each holding three regular-season events, along with the International and Wild Card divisions. Anglers who fish in any of the six divisions and finish in the top 25 – or the top 12 from the Wild Card division – will qualify for the no-entry-fee Toyota Series Presented by A.R.E. Championship for a shot at winning up to $235,000 cash. The winning Strike King co-angler at the championship earns a new Phoenix 518 Pro bass boat with a 115-horsepower Mercury outboard. The 2022 Toyota Series Presented by A.R.E. Championship will be held Nov. 3-5 on Lake Guntersville in Guntersville, Alabama, and is hosted by Marshall County Tourism and Sports.