“This is the largest weight of fish I have ever weighed in, I had two spots holding fish and caught 11 keepers today moving baits in 2-4 feet of water.” Griffin said.

Taking second for the boaters was Raymond Horrocks of Christiansburg VA, weighing in a limit at 14.77 lbs.  Taking third was Joel Eberts of Powhatan VA, with a weight of 14.31lbs while fourth place went to Kenny Beale of Blairs VA weighing 13.82lbs and rounding out the top five was Steven Brinkley of Suffolk VA, with 12.04lbs. 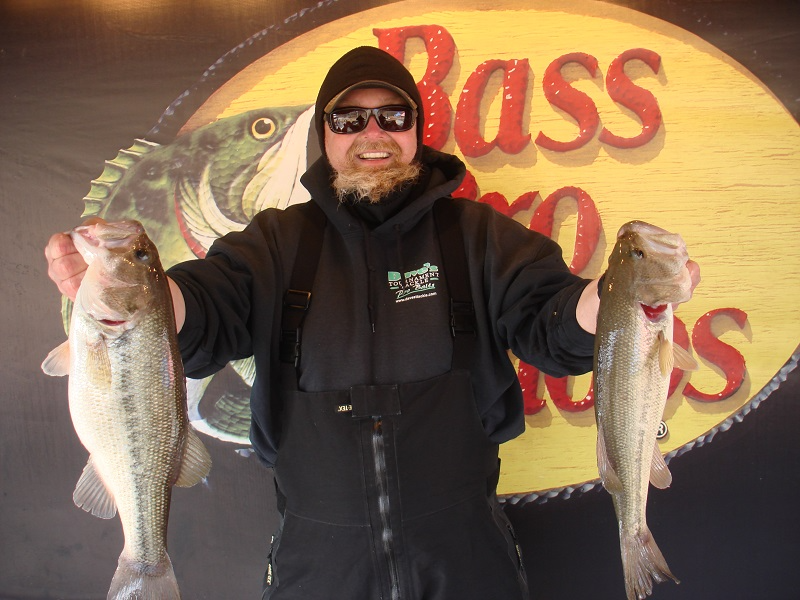 In the co-angler division Scottie Smith of Dunn NC, took the honors weighing 8.94lbs to take the win. His weight was anchored by a bass weighing 3.81 pounds. Smith took home $950.00 for the win.

“I caught four keepers today all on a spinnerbait in 2-4 feet” said Smith.

Second place was Jason Hinger of Timberlake NC with 8.87lbs and third was Randy Parker of Clayton NC, with 8.77lbs.  Randy anchored his catch with a 5.84lb heavyweight.  Rounding out the top five was Andy Liles of Littleton NC in fourth place with 7.91lbs which included a 5.96 pounder for co-angler big bass honors.

The second event in the VA division will be on March 20th on Kerr Lake launching from Nutbush Jack Wade Farm Rd.