“I was fishing shallow today with a spinnerbait. I caught the five that went to the scales,” said Guins.

Taking second for the boaters, Jeff Narron of Sims, NC weighed in a five bass limit weighing 16.37 pounds. His limit was anchored by a bass weighing 4.50 pounds.

“I fished clean catching 8 bass today,” said Narron. “I was fishing a crankbait on the edges going into pockets.” 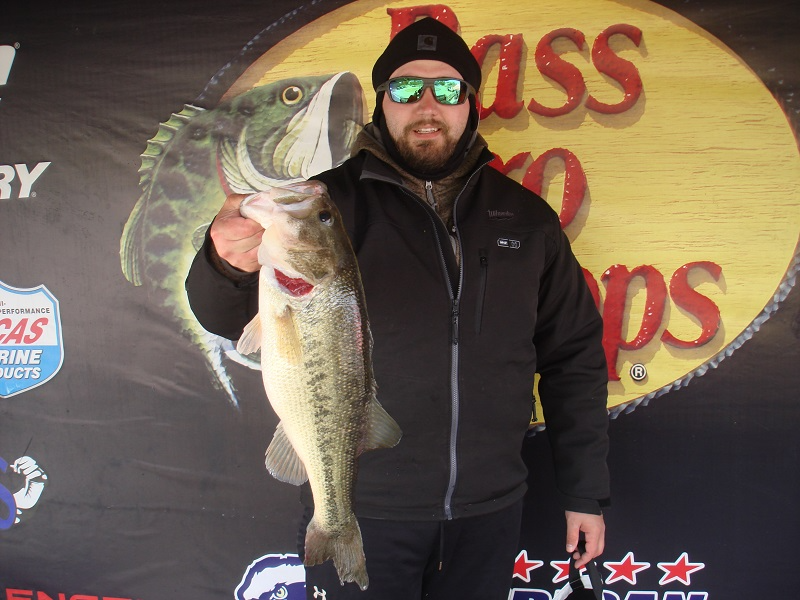 Big bass for the boaters honors went to Timothy Sisler of Oakland MD, who weighed in a bass that tipped the scales at 5.92 pounds. Sisler took home $600.00 for his bass. 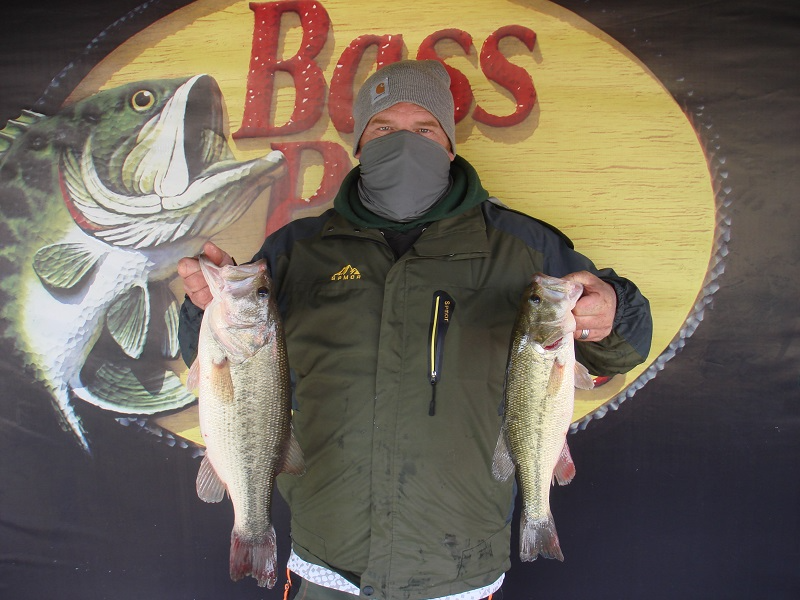 In the co-angler division Michael Poling of Amherst VA, weighed in three bass weighing 9.21 pounds to take the win. His weight was anchored by a bass weighing 5.35 pounds which was the biggest bass weighed in by a co-angler. Poling took home $1105.00 for his win.

“I caught my big bass on a micro jig. I also caught two bass on a jerkbait and one on a crankbait all shallow,” said Poling.

In second place for the co-anglers, Ray Toombs of Drakes Branch VA, weighed in a three bass limit weighing 7.96 pounds.

“I fished today with the winning boater,” said Toombs. “I caught three keepers all on a ½ ounce jig in the four-foot range.”