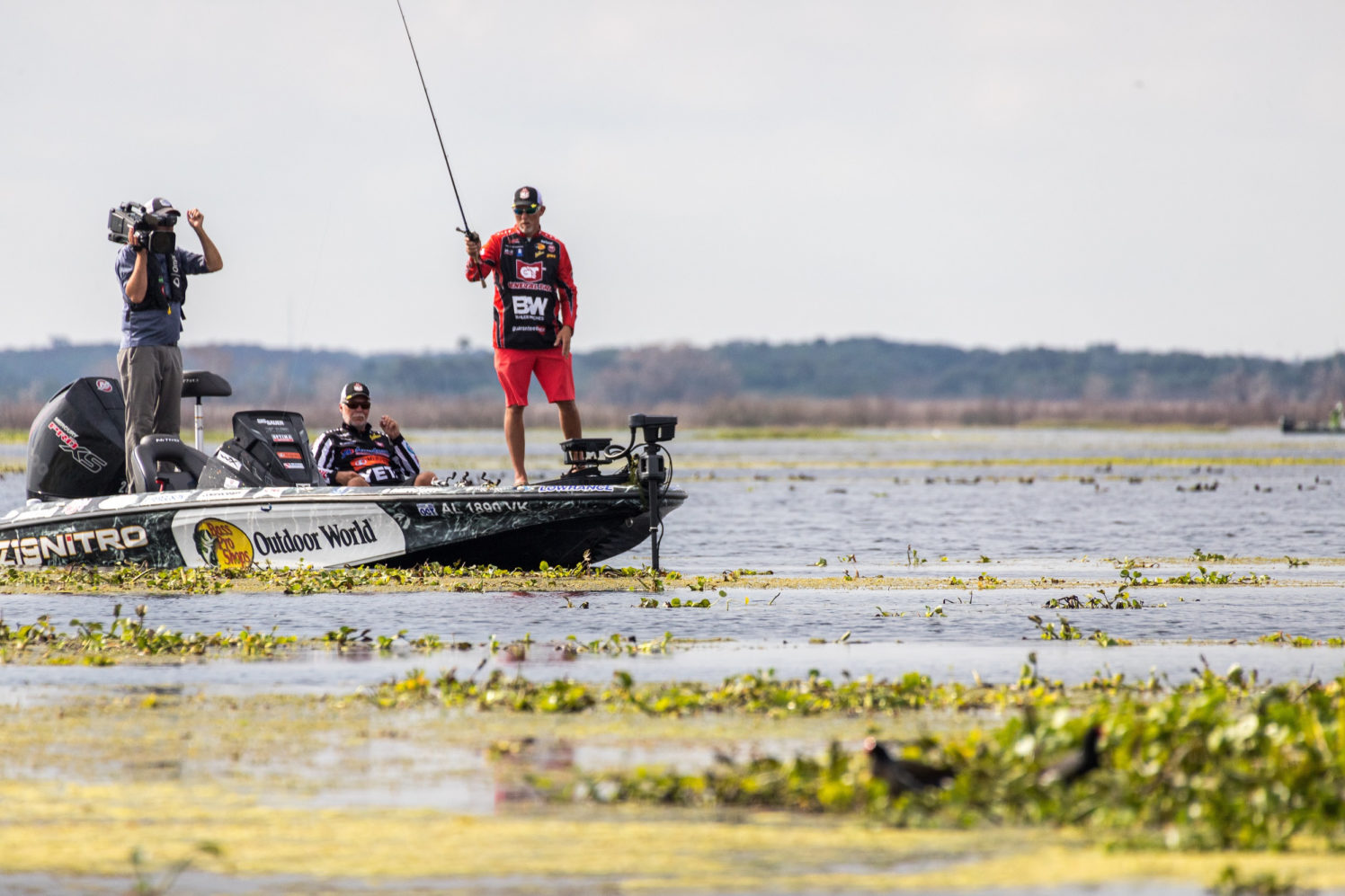 PALM BAY, Fla. (May 19, 2022) – The Major League Fishing (MLF) 2022 Wiley X Summit Cup Presented by B&W Trailer Hitches, filmed over six days in December on lakes surrounding the Palm Bay area, is set to premiere this Saturday, May 21, from 2 p.m. to 4 p.m. ET on the Outdoor Channel and on-demand on the MyOutdoorTV (MOTV) streaming app. The event showcases 24 of the top pro anglers in the world competing in the third MLF Cup event of the 2022 season.

“The Space Coast is a fishing paradise with the availability of freshwater, saltwater, surf, and deep-sea fishing opportunities including new Headwaters Lake, the local trophy largemouth bass fishery. It’s unlike any other freshwater lake in the U.S.,” said Space Coast Office of Tourism Executive Director Peter Cranis. “We’re looking forward to watching the Summit Cup and can’t wait to see the winning catch.”

The 24 Anglers that compete in the 2022 Wiley X Summit Cup Presented by B&W Trailer Hitches in Florida are:

The 2022 Wiley X Summit Cup Presented by B&W Trailer Hitches was hosted by Florida’s Space Coast Office of Tourism. The event will air on the Outdoor Channel as six, two-hour original episodes each Saturday afternoon starting May 21, 2022, and running through June 25, airing from 2 to 4 p.m. ET. Each episode is available for viewing on the MyOutdoorTV (MOTV) streaming app on the Monday morning following each episode’s Saturday premiere.

The 2022 Wiley X Summit Cup Presented by B&W Trailer Hitches features 24 MLF pro anglers visiting the Space Coast of Florida to compete on either Headwaters Lake, Kenansville Lake, Garcia Reservoir or Stick Marsh on each day of competition. The fisheries are unknown to the anglers – they do not learn where they are competing until they arrive to the launch ramp each morning of competition.

The full television schedule can be found at MajorLeagueFishing.com.