ATHENS, Ala. –Coming off a win on Lake Douglas, Jonathan Dale Pelfrey of Rockwood, TN won the Bass Pro Shops Open Series event held on Watts Bar Lake on 7/13/19. Running out of Tom Fuller Park in Rockwood TN, Pelfrey weighed in a five bass limit weighing 15.19 pounds. He took home $1500.00 for the win.

“I caught all of my better fish today deep,” said Pelfrey. “I caught fish on a crankbait, worm, and a jig. I caught probably six limits today.”

Taking second for the boaters James Nuckols of Rockwood, TN weighed in a five bass limit weighing 14.63 pounds. His limit was anchored by a bass weighing 3.56 pounds.

“I pulled up on a spot about 10:00 and I saw them on my electronics. I was fishing a chartreuse and blue 10XD, siting in about 30 feet cranking up to about 18ft. Once the bite stopped there I was pretty much done,” said Nuckols.

“I had seven keepers today all on topwater,” said Iddins. “I had everything I weighed in by 8:30.” 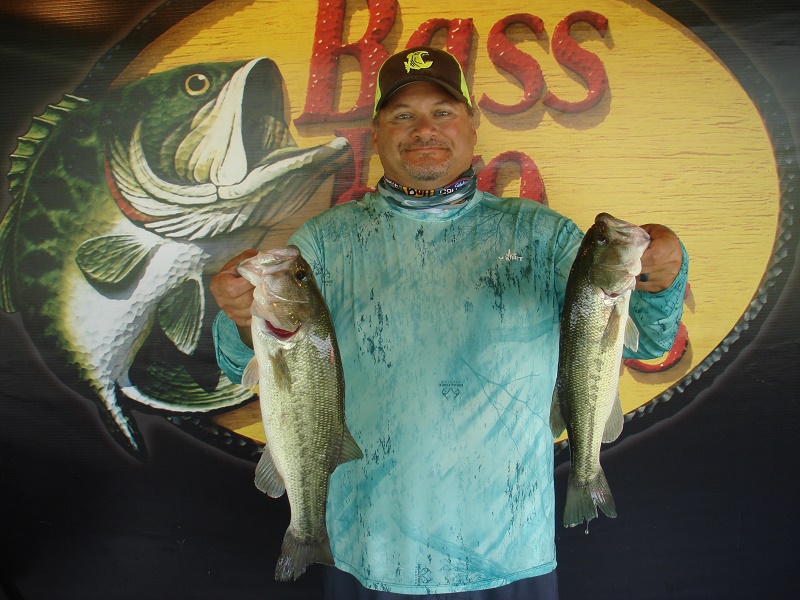 In the co-angler division David Perron of Dayton TN, weighed in three bass for 5.81 pounds. He took home $700.00 for the win.

“The three I weighed in today all came on a different bait,” said Perron. “I had one on a Berkley General, one on a black and blue jig and one on a Mag II worm.”

In second place for the co-anglers Joseph Yocum of Strawberry Plains, TN weighed in three bass for 5.80 pounds.

“I was able to catch fish everywhere we went today,” said Yocum. “Everything I caught was in 4-8 feet on a jig.”

“The three bass I weighed in today all came on different baits. I had one on a spook, one on a drop shot and one on a squarebill crankbait,” said Kelly.

The next event for the East Tennessee Division will be the area championship on Guntersville Lake slated for 9/7-9/8 running out of Goose Pond.