The Bass Cast
Home Contributes Bruce Callis The Bond that Binds Us: Our First Fishing Memory by Bruce Callis... 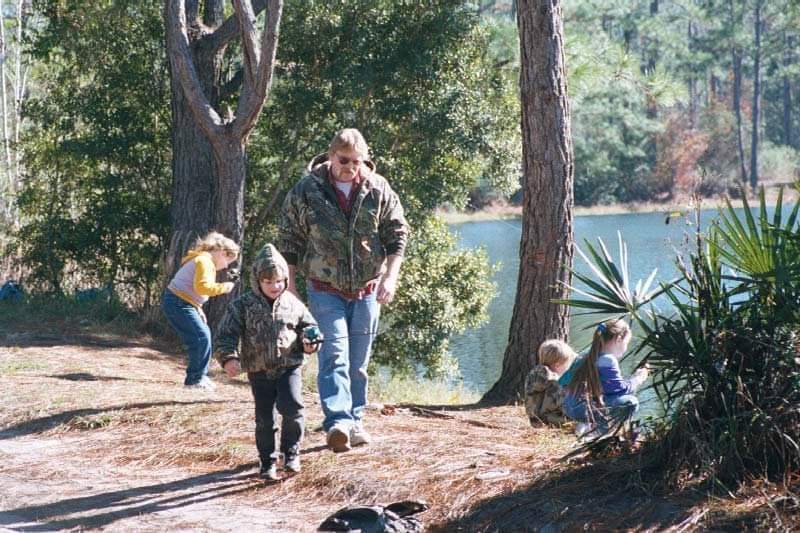 The Bond that Binds Us:
Our First Fishing Memory
by Bruce Callis Jr

Growing up, everything we do creates memories. Some are those we would like to forget, but for the most part they are great memories that shape our lives. We all have that first memory of going fishing and who was there with us. The first memory I have is from a picture that hangs behind me in the living room. Granted, I don’t remember it, but it is of my mom holding me somewhere around the age of 2 months sitting on the wharf of a fish house as the family was there fishing. The funny thing is that as I got older, I do remember going there with all the family and fishing. That part, family and fishing never changed.

But, the first memory I have of actually fishing is not from there. My granddaddy worked on the Mount Airy farm here in Warsaw, and there is a mill pond there. On one end was the mill house where they ground the corn and wheat. It was powered by a water wheel that was fed from the pond. On the other end from the mill was the spillway that was controlled by flood gates. That is the end where my first, or strongest memory lies. I remember going there with my granddaddy, my dad, and my brother David and we used cane poles to fish for the crappie and bluegill that stayed there. I remember hunting for worms at the farmhouse and then going down there and using them under a bobber. What a blast we had and it hasn’t stopped for me. I need to grab a cane pole and go back there again. That pond and spillway has been a huge part of my childhood and life. 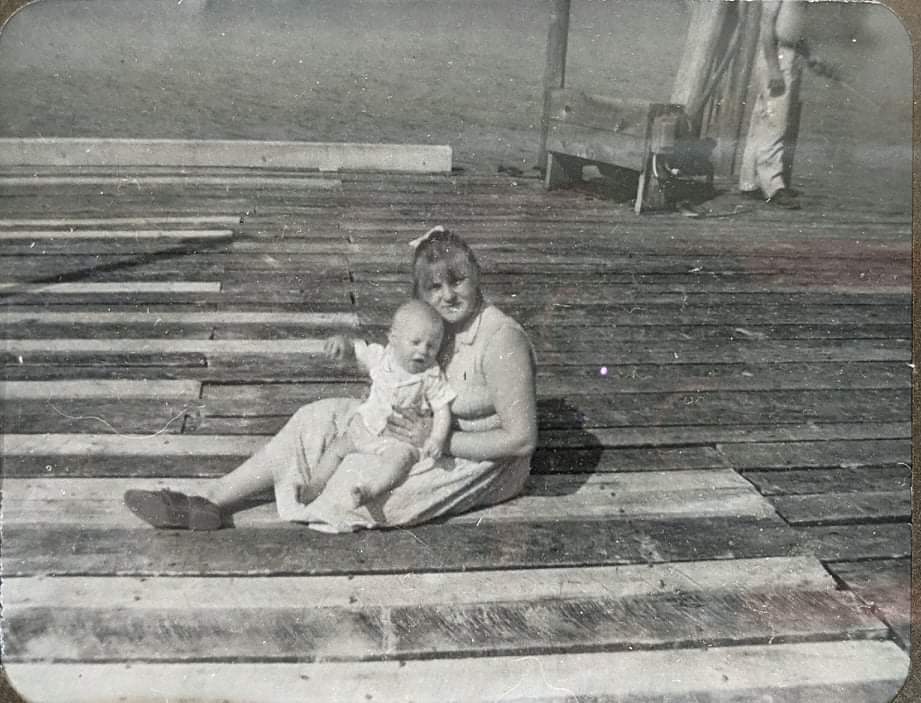 Here are some of the fishing industries top anglers from across the country and their memories.

I started off by asking B.A.S.S. Elite angler and fellow Virginian John Crews about his first memory of fishing. His is of the pond that they had in the backyard, about 100 yards from their house. He remembers that at the age of 6-7, he was catching 2 pounders and thinking they were giants. And from that experience, John has made a career from catching real giants.

David is a fellow Virginian, former FLW Angler of the Year, former Bassmaster Tournament angler, current MLF angler, and part of the NPFL announcers, shared his memory. My “first fishing memory was dad taking me to a pond and bluegill fishing. They are such an important piece of developing anglers. I call bluegill the GATE WAY DRUG!”

Peter Miller, a 5 time World Billfish Champion and the host of Bass2Billfish and Peter Miller Fishing television shows shared his first fishing memory as well. As a kid of 3, he remembers his dad taking him to the local pond in Rockland County in Upstate New York. “I sat on my tackle box with a Zebco rod and a live worm with a bobber. It bobbed and I caught a cat fish and this lit me up for life.”

Jennifer Mues is an accomplished kayak angler who is one of the top anglers of the Kayak Bass Fishing Tournament world and shared her first memory. At the age of 6-7, “I remember going with my dad and it was raining. My sister reeled in this beautiful, giant rainbow trout. I remember everyone screaming and hollering! I’ll never forget it.” She does remember fishing “with my uncles a lot even younger, but for some reason that trout story topped the cake!”

B.A.S.S. Elite Angler Brandon Palaniuk said that he has “vague memories of trout fishing rivers and lakes with my mom early on, but the one that sticks out the most is the first time I rode in a bass boat at 8 years old on one of my hometown lakes.”

Kristine Fischer is another top kayak bass angler on the KBF trail and talked about her first memory. She remembers “catching tulibee on doll flies off the dock in Northern Minnesota when she was probably 3 years old. But she has been fishing since she was 2 years old.”

John Soukup is a member of The National Professional Fishing League and 2 time champion said, “I don’t remember not fishing. My first word was fish. A very cool memory at a young age was fishing on crappie docks with my dad. One day I was reeling in a crappie and a giant bass came up chasing it. The bass ate the crappie and broke us off.”

Big Water Adventures host Mark Davis is another person I asked about his first memory. “My first complete memory of a fish was when I was 4 years old, the summer of 1973. I was fishing a farm pond with my dad in Indiana. I had a Johnson 710 spincast reel on a fiberglass rod and was throwing a 1/4 ounce green and black Beetle Spin. I remember I tried to cast next to a low hanging bush and after putting it right next to it, a largemouth inhaled it. I remember asking my dad to help me, and he was rowing out into deeper water and told me, “Keep your tip up and keep reeling, you can do it!!” After what seemed like an eternity, a 4 1/2 pound bass lay next to the boat and my dad grabbed it and handed it to me. We put it in our bucket and took it straight to Pratt’s Taxidermy in Lebannon, Indiana (my hometown). Don Pratt told me if I’d sweep his shop once a day all summer, he’d mount it for me in trade. I got it that Christmas.”

Samantha Gay is the Founder/CEO/Owner of Fishers of Kids Anglers Academy and a competitive bass angler. Her “first fishing memory would have been around the age of 5, digging fishing worms with my grandma and taking them to the family pond with her and my two cousins, Mitch and Matt, in her station wagon. We took five gallon buckets to sit on and to put the fish in. We caught bream and shell crackers. She took them home, cleaned them, fried them, and we ate them for supper.”

“I won 3rd place (I think) in a kids tournament with a catfish.”

Brian said that he “grew up bank fishing at my family farm.”

The first fishing memory is just that, what you remember. As different as they may be, they are what binds us together. It isn’t about who started the earliest, who caught the most or biggest fish. It isn’t about which gender did better either. It is all about building us into who were are. I took my 2 beautiful daughters fishing for the first time down in Jacksonville, Florida and my grandson Bentley, I’m not sure if I took him first or his parents, but I do know his first pole was given at his baby shower and I have taken him a lot, and that is a part of who I am. Where that first memory takes us, only God knows for sure. Will we be a top angler on tour, will we be a teacher to kids, or will it take us in another direction? Only time will tell. But we will have those memories to draw from, to share with others, and to create memories for others. What is your first fishing memory? Who was it with? How old were you? Post it in the comments below the story. 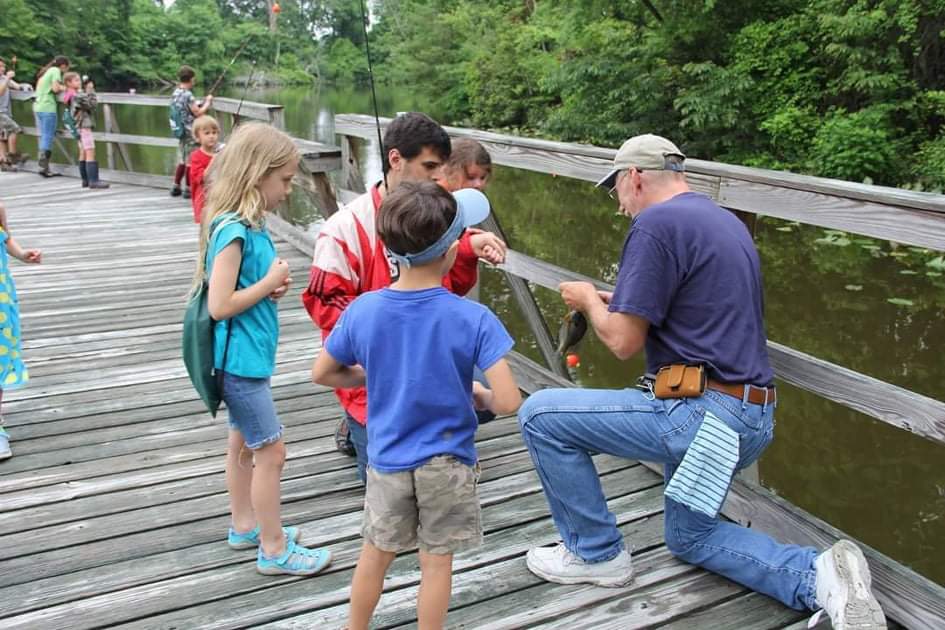 The Dos and Don’ts of Competing as a Co-Angler: 33 Tips to Help You Succeed By Jason Bradstreet