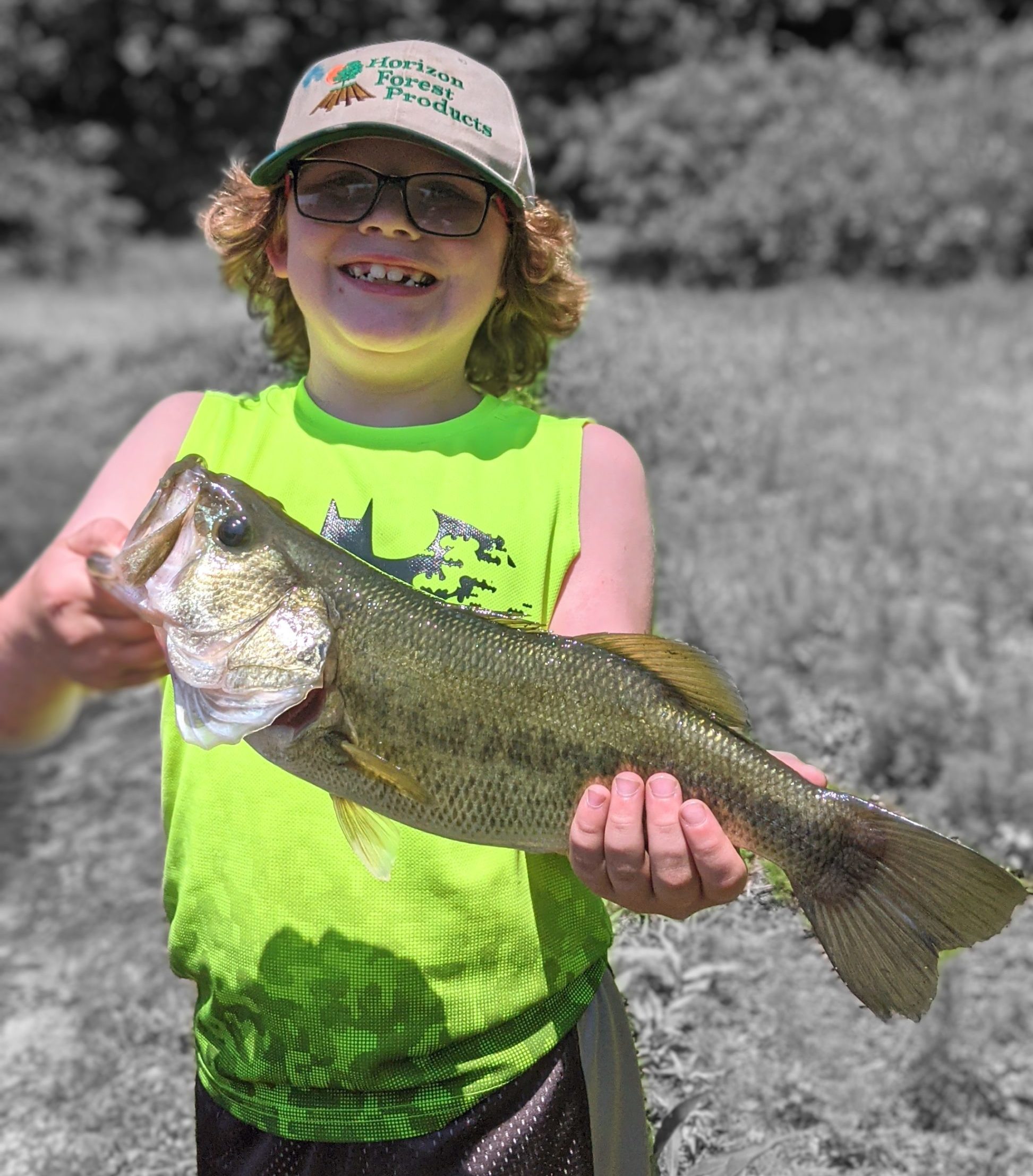 The Versatile Straight Worm:
How to Rig It
by Bruce Callis Jr

One of the most versatile baits on the market is the straight worm. There are countless brands out there and each has it’s own niche. One of the most known is the Yamamoto Senko. But you can also find them by Berkeley, Big Bites, and countless small hand poured small companies. Each has it’s own basic ingredients, but here is where the difference occurs, the additives and the amount of each that is added to the plastic. We aren’t talking color, or flash, just the basic makeup of the soft plastic. These ingredients effect everything from action of the fall, the fall rate, the softness of the plastic, and more.

And while most are the same design as the Senko, there are the unique ones. Take the Missile Baits 48. It has no ribs, but the ends are fatter than the middle, which gives it a unique fall. Also, there is the Power Team Lures Sick Stick with it’s unique design of a diamond center with ribs around it. This allows air bubbles to escape around it when rigged correctly. It has a very slow fall rate also, but that also has its advantages. The new Magic Worm by Missile Baits is another unique design with many rigging options. And the same can be said of the Zoom Trick Worm.

The first thing to understand is how to rig it and the difference each rigging offers. There is no right way or wrong way, don’t let anyone fool you. What works for one doesn’t mean it works for everyone. My buddy and I like to fish them in different ways, and there is nothing wrong with it. When we are on the same boat together, it means we can cover the same water in different way. I’m not throwing the same bait, in the same manner, to the same spots behind him. Mine works different and I get just as many bass as he does.

One of the easiest ways to rig a straight worm is WACKY style. A small hook, wacky or circle, put through the center of the worm. Most of the time this is done across the worm so it leaves the ends loose to wiggle and flap as it falls. This is by far the easiest and can be so deadly. But this is not the only way to rig a wacky style worm. The O-ring changed that because so many worms were being destroyed on the first bite. By placing an o-ring around the center of the worm, it helps keep the bait attached to the hook better. The hook is then threaded through the o-ring, either through the worm and the hook going in on one side of the o-ring and out the other side. You can also go just under the o-ring but not through the worm. While this works great, it also can cause the hook to run down the worm and not across it. The VMC Crossover ring was born because of this. It goes around the worm and gives you two options to hook the bait, both across and with the worm through its hook holder. No matter how you rig it, just cast it out and let it fall to the bottom. And then impede action to it by lifting your rod tip to lift it off the bottom and then let it fall again.

For this method, I prefer a spinning reel. I like a 7’ to 7’4” rod, preferring a medium heavy with a fast tip. I spool it with 10-15 pound Seaguar Flash Green braid to a fluorocarbon leader. I use 10 pound Seaguar Red Label for this. I can make long casts and you can put enough pressure on the bass to fight it in.

Another way to rig the straight worm is to use the same set-up and use a worm hook instead of a wacky hook. Again, this is Texas rigged with no weight except for the hook. This allows the worm to fall nose first to horizontal with a swinging action back and forth. If you want, depending on the worm, you can put a nail weight in the tail and it adds a totally different look to the worm as it falls.

A Texas rigged straight worm is also a deadly choice. I like to rig it on a WOO Tungeston flipping weight and depending on where I am using it, I will vary my set-up from a 1/16th ounce weight to 3/8 ounce weight and I will vary the line from 15-20 pound Seaguar Red Label to 65 pound Seaguar Smackdown braid. And I usually have it on a 7’ medium heavy rod. You can use it in the open to in laydowns or lily pads.
A shaky head is also another great way to rig a straight worm. Depending on the water conditions, I will use a fluorocarbon leader if it is clear water or go with a braid if the water is off colored. And a spinning rod is a must for me. It allows me to put the bait where I want and to skip it under limbs and docks.
And lastly, for the purpose of this story, a drop shot is another way to use a straight worm. Don’t think a drop shot is just for little baits. You can vary the hook and use a big 7 or 8 inch worm with no problem. Bass are use to seeing those little worms, but by using something bigger, you stand out and it may just be the ticket to a bass of a lifetime.

These are just a few of the ways you can use a straight worm. BUT, this is not the only ways. Remember, I said there is no wrong way to rig one. Think outside the box and experiment with different techniques and different set-ups. A Ned rig? A Neko rig? On a swim hook? Only you can determine what works for you. Now go catch a new personal best with the versatile straight worm. 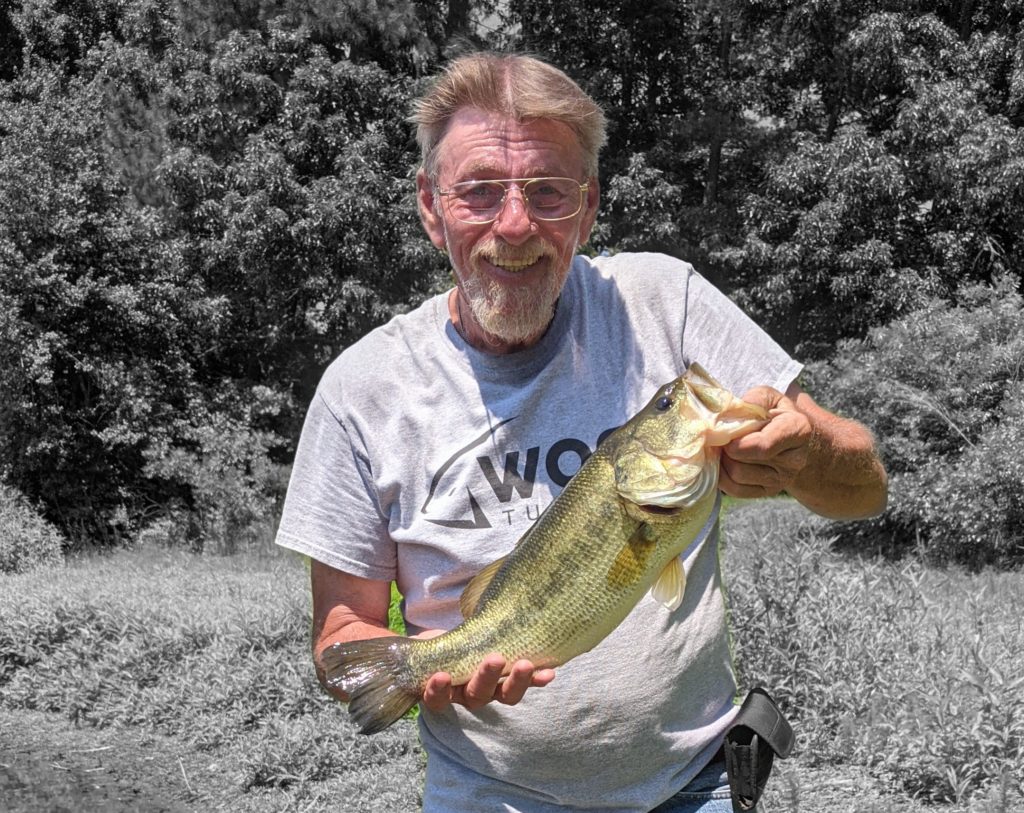