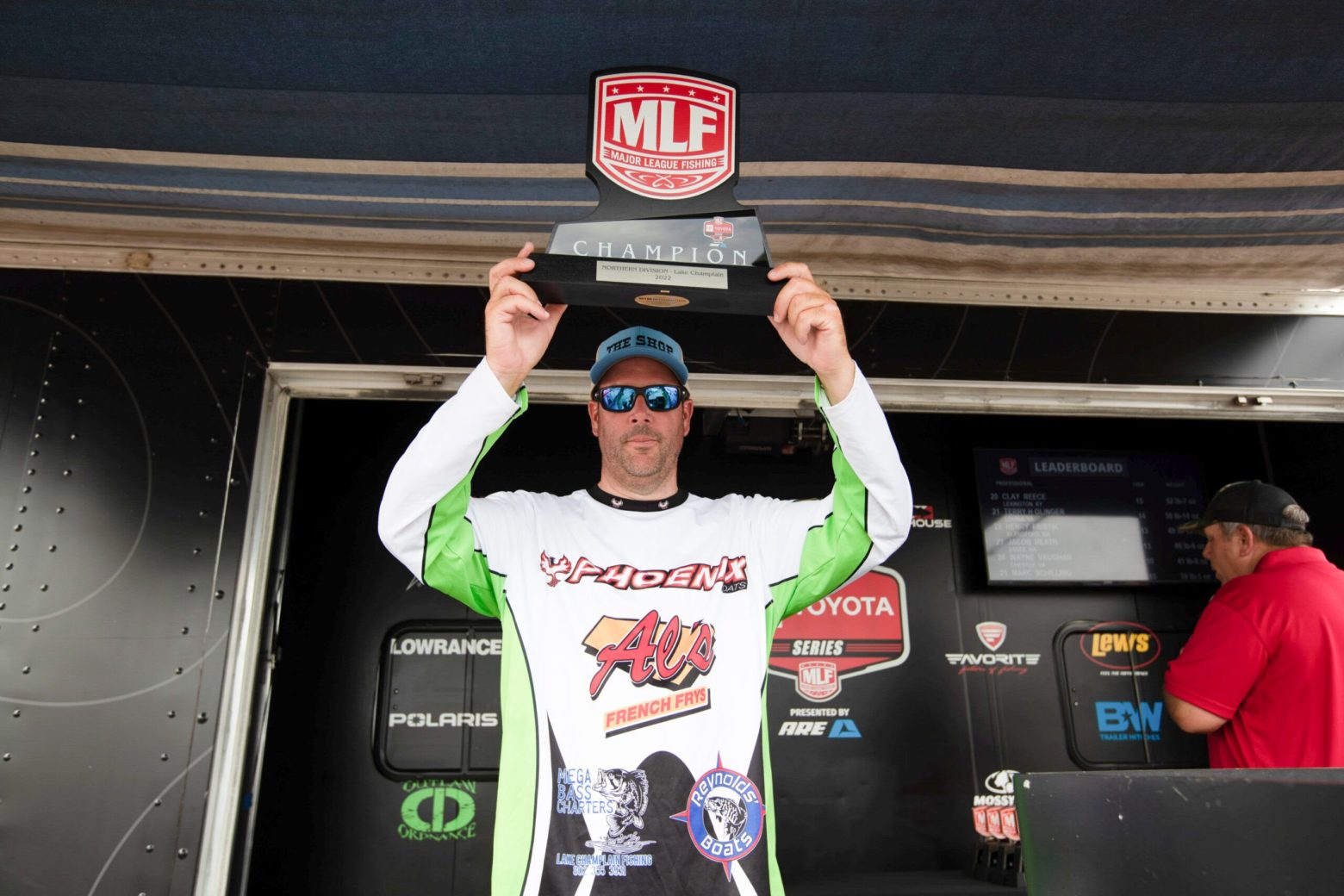 The three-day event, hosted by the City of Plattsburgh and the Adirondack Coast Visitors Bureau, was the second event of the season for the Toyota Series Northern Division.

“It’s awesome, undoubtedly,” an excited Labelle said after earning the win. “I didn’t expect it. I didn’t think I was on that caliber of fish in practice, but it worked out.”

While others have made headlines with smallmouth in recent years, Labelle never hesitated on his plan for the week, going for a classic Champlain mixed bag every day.

Day 1 saw him bring four largemouth to the scale. Day 2, he brought just one, and on the final day, three green ones made the cut.

Of course, his start to Day 2 would be the envy of any smallmouth specialist on the lake.

“I’m new to the forward-facing sonar. I’m a knucklehead when it comes to it,” he joked. “Learning it, it’s easier than what I thought. I guess I didn’t understand it. I was seeing a few fish, but I wasn’t seeing what these guys are. But on Day 2, I understood it very well. It was unbelievable, and undoubtedly it helped the win.”

Still, Labelle put quality largemouth in play every day, and he did it mostly in grass and on deeper rock, not the docks Champlain is so known for.

“The largemouth are not that good this year, they’re really not,” he shared. “I had a couple deals in Missisquoi early that I got some real big fish on, but that dried up and it became very tough. I thought it was going to be a good largemouth year, but I think it’s gone downhill. Forward-facing sonar I think is going to take some pressure off them, and that’ll be a good thing.

“I tried some docks. I tried to mix in a few, but they’re just not on the docks good. I’ve got some rocks a little bit deeper that really helped, and grass. The grass really wasn’t all that good. I didn’t get a lot of big bites – I feel like I got lucky with the fish I caught.”

For baits, Labelle said he caught fish on his trusty ½-ounce Dirty Jigs Scott Canterbury Flippin’ Jig, plus a drop-shot with either a Berkley PowerBait MaxScent Flatnose Minnow in white or a perch-colored Jackall Crosstail Shad.

Complete results can be found at MajorLeagueFishing.com.

The next event for Toyota Series Northern Division anglers will take place Sept. 22-24 – the Toyota Series Presented by A.R.E. at the St. Lawrence River Presented by Boat Logix in Massena, New York. For a complete schedule, visit MajorLeagueFishing.com.