Volunteers in three different states pulled over 18,000 pounds of trash from ramps, shores and waterways as part of the 2022 Lake Clean-Up Challenges sponsored by AFTCO and Yamaha RightwatersTM. 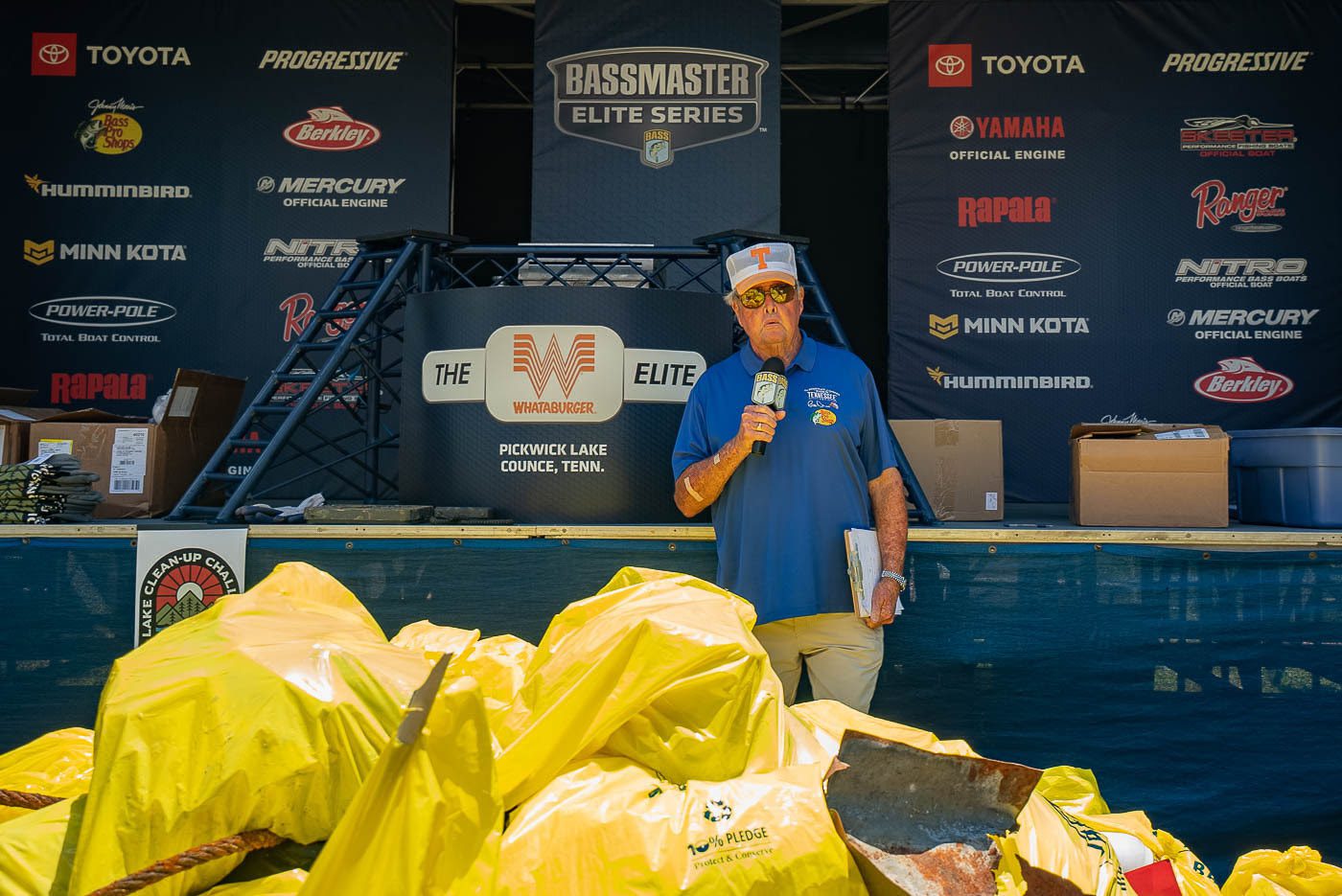 BIRMINGHAM, Ala. — Volunteers from communities in Tennessee, New York and Wisconsin pulled just under 18,200 pounds of trash from the ramps and shores of Chickamauga Lake, Pickwick Lake, Oneida Lake and the Mississippi River as part of the 2022 Bassmaster Lake Clean-Up Challenges sponsored by AFTCO and Yamaha RightwatersTM.

While the majority of the 254 volunteers across the four Clean-Up Challenges were from community organizations and local high school and college teams, a variety of Elite Series anglers and even legendary angler and television personality Bill Dance joined in on the conservation efforts.

The three Lake Clean-Up Challenges at Chickamauga, Pickwick and the Mississippi River in the La Crosse, Wis., area were timed to allow Elite Series pros to join volunteers in protecting the fisheries where they compete. Jason Christie, Jeff Gustafson, Taku Ito, Carl Jocumsen, Luke Palmer, Chad Pipkens, Matty Wong and Jay Yelas all took to the shoreline to collect trash during the events. Efforts like the Lake Clean-Up Challenges are particularly important to these pros, who recognize the opportunity to make an even bigger impact on the river and our sport by showing how important it is to help these environments thrive. 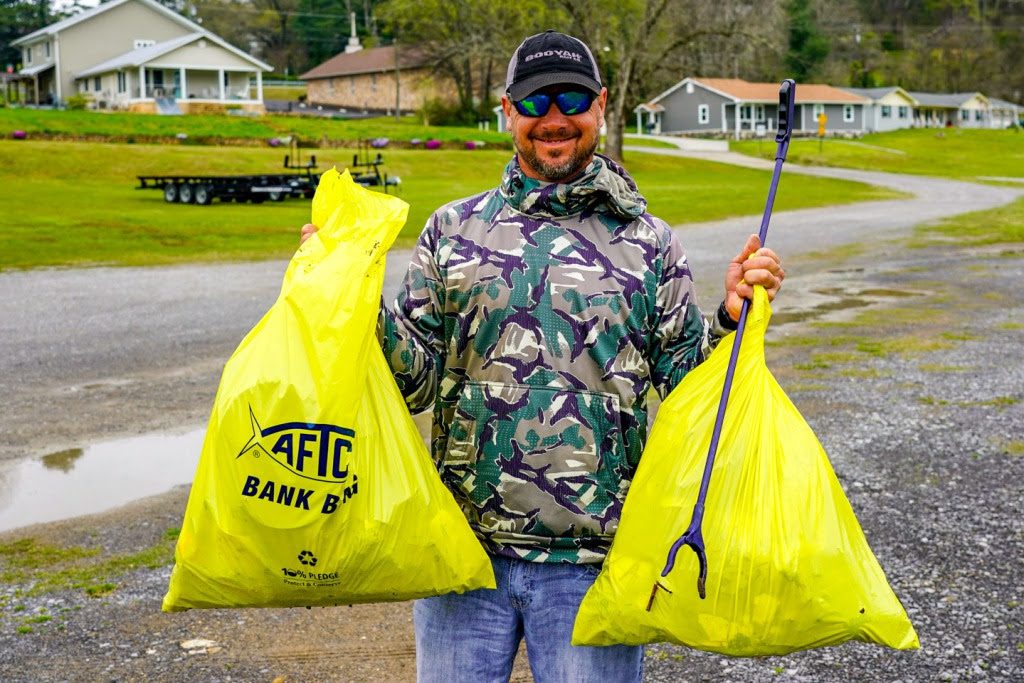 “If everyone does their part, we can help control and even alleviate the issue with trash on our lakes. But it has to be a team effort,” said Christie.

Putting trash in its place was also a key part of Dance’s message to outdoor enthusiasts. Dance joined the group at Pickwick Lake in Tennessee as they weighed in their haul of debris, pleading with every angler and boater to carry a trash bag with them on outings and pick up whatever trash they find, “Leaving it cleaner than you found it.”

According to statistics from Keep the Tennessee River Beautiful, 80% of trash pulled from waterways originated on land, making cleanup efforts at ramps and parks adjacent to waterways even more critical for the long-term health of American fisheries.

“Thriving fish populations start with clean water. Left untouched, some of the waste collected would have become a permanent part of our food chain,” explained AFTCO President Casey Shedd. “We’re making progress and much more continues to be needed to address the problem before it gets to our waterways.”

And while initiatives like community cleanups are growing in popularity, New York B.A.S.S. Nation Technical Director Mike Arndt reports that, during the Clean-Up Challenge held in conjunction with the St. Croix Bassmaster Open at Oneida Lake presented by Mossy Oak Fishing, he saw noticeable improvements, including fewer large items, like tires, in the lake. 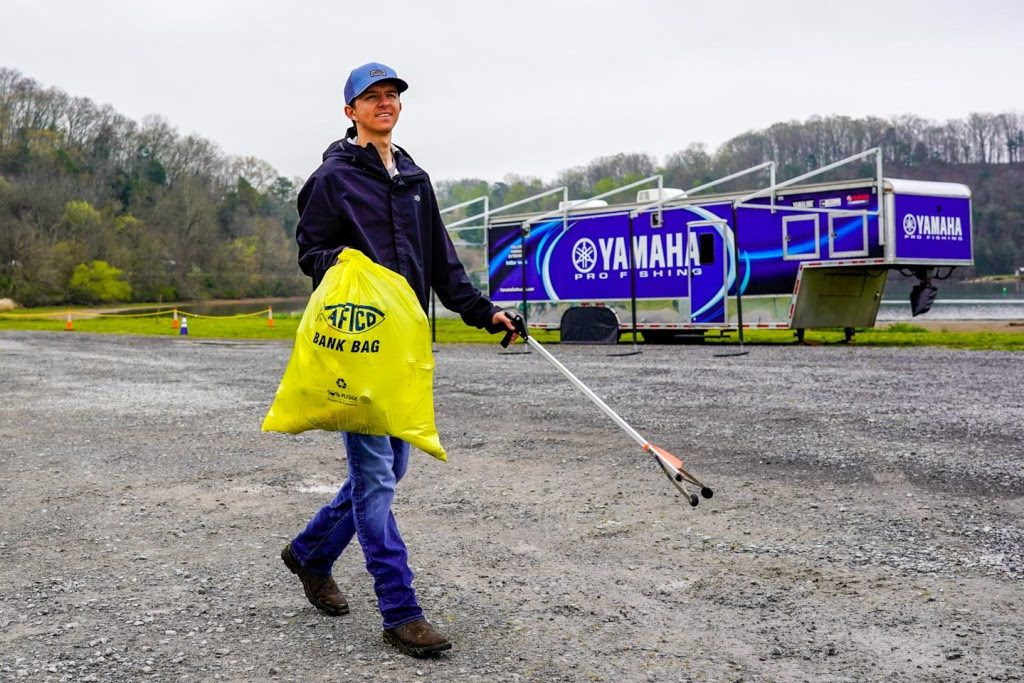 “When I was younger, we pulled out lots of tires and other large stuff,” Arndt said. “We didn’t do that this time. This was a cool testament for a 10-year span. We’re going in the right direction.”

“Events like this underscore the importance of the role we all have to play in keeping our waterways clean,” said John O’Keefe, senior specialist, government relations, Yamaha U.S. Marine Business Unit. “Organizations like B.A.S.S. and Keep the Tennessee River Beautiful, along with many B.A.S.S. Nation team members and volunteers, really helped to set the example for other outdoor enthusiasts by participating. The Yamaha Rightwaters team looks forward to supporting future cleanup events with this dedicated group.”