UNC Charlotte’s Louis Monetti, of Brielle, N.J., has won the 2022 Bassmaster College Classic Bracket on Lake Greenwood presented by Lew’s and will compete in the 2023 Academy Sports + Outdoors Bassmaster Classic. 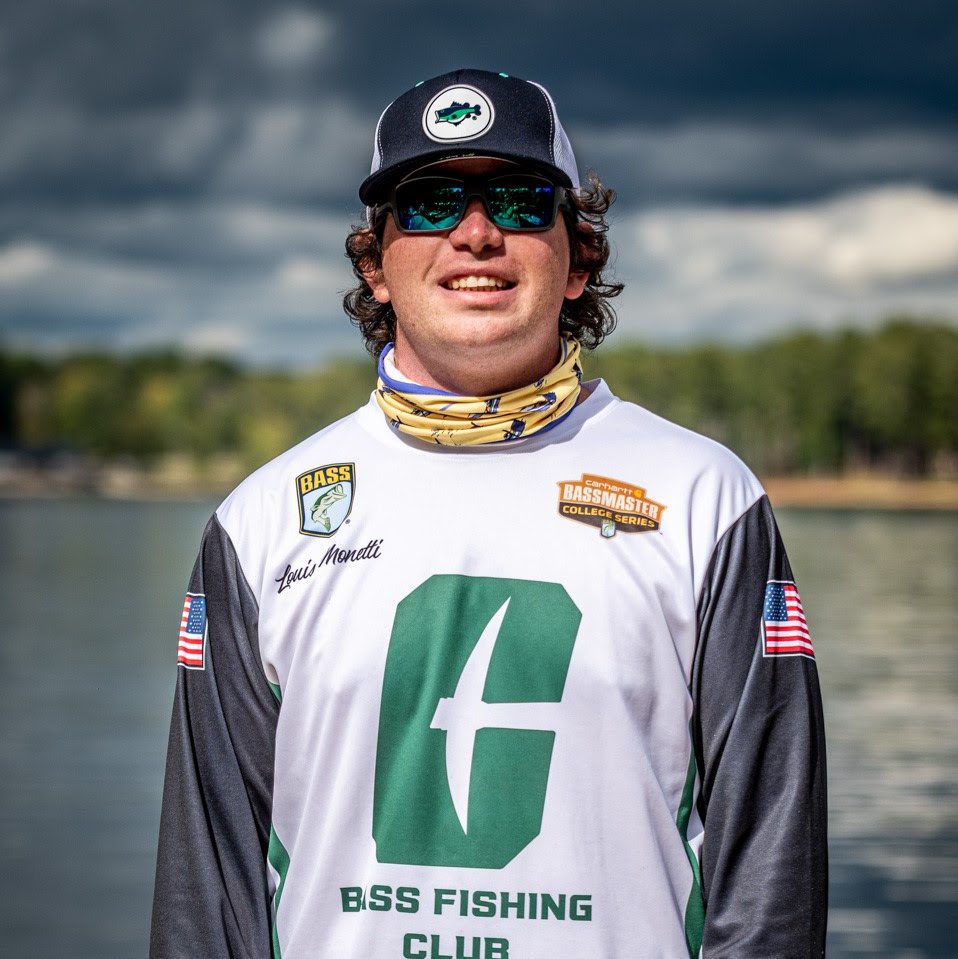 GREENWOOD, S.C. — As he ran back to Greenwood State Park on Championship Monday of the Bassmaster College Classic Bracket presented by Lew’s, Louis Monetti was heartbroken. Although he had a limit, Monetti had fallen short of the target weight he thought he would need to beat his opponent, Florida Gateway College’s Seth Slanker.

So, as he stood shoulder to shoulder with Slanker on shore at day’s end, convinced he didn’t catch enough, Monetti was stunned when he flipped over a card that revealed he was the winner.

With a final-day weight of 8 pounds, 13 ounces, Monetti claimed the Bracket title over Slanker, who led most of the day but ultimately fell short with 7-11.

“I thought the whole time I had lost. I had it in my head that Seth had caught somewhere between 9 and 10 pounds,” Monetti said. “He has been incredibly consistent with that this week. I said it on camera; I was heartbroken and thought it was a blown opportunity.

“So, when I turned over that card, I didn’t believe the words I was reading and I thought it was a prank.”

With the win, Monetti earned a berth into the 2023 Academy Sports + Outdoors Bassmaster Classic scheduled for March 24-26 in Knoxville, Tenn. He will also receive paid entry fees into all nine 2023 St. Croix Bassmaster Opens presented by Mossy Oak Fishing and the use of a fully rigged Toyota Tundra and Nitro boat.

“I’m speechless. It is a dream come true,” Monetti said. “I have been thinking about this moment since I was 13 years old when I first started tournament fishing, and for it to actually be happening hasn’t sunk in. It has come a lot earlier than expected.”

The Bracket victory is the exclamation point on a phenomenal season for the now-graduate of UNC Charlotte. After fishing solo for several years, he and partner Michael Fugaro won the 2022 College Series Team of the Year title to qualify for the Bracket out of Monetti’s ’96 Ranger, a boat with torn-up seats, frayed carpet and no electronics on the bow.

“More than anything, I feel like this is a legitimizing win,” he explained. “I felt inside myself, especially in the last two or three years, that I am a solid and capable angler. There were just some key mistakes along the way, whether it was fish losses or mental breaks.

“Funds and time haven’t allowed me to enter as many tournaments as I would have liked to prove who I am. This year, committing to fishing the College Series as hard as we did just to get here, let alone try and win it, feels great. I am more than blessed to have the opportunity.”

For the first two days, Monetti put his trolling motor on high and cruised down the bank throwing a True South V-TWIN buzzbait, a Whopper Plopper 90 and a wacky-rigged Bizz Baits 5-inch Sassy Stick. He opened the event by catching 10-4 to defeat Trey Schroeder in the first round and then caught the biggest bag of the event in the semifinal round with 16-14 to advance over Florida Gateway College’s Jackson Swisher.

In a normal tournament setting, Monetti would have felt really comfortable with his cumulative weight. But with weights zeroing each day, he never felt great about his chances.

“The week was incredibly stressful, today especially,” he said. “I feel like I did a good job blocking it out, but I thought about it yesterday, and if it was your everyday tournament, I would have had to catch only 5 or 6 pounds today. You have a big day like I did yesterday, and then today I had a terrible day, to put it plainly. I thought yesterday had been all for naught.”

With stronger winds than the previous two days — conditions Monetti struggled in during practice — he and Slanker battled a much tougher Lake Greenwood on Championship Monday. While Slanker found an early limit, Monetti could not recapture the magic he found in the semifinal round.

He trailed Slanker most of the morning but cut the deficit to a couple of ounces before the midday break at 11 a.m. with a 2 1/2-pounder that ate his True South Fathead Jig with a chunk trailer.

“My teammate Jake Monti turned me on to the chunk as a trailer and I have lived and died by it ever since,” Monetti said. “That bite was the absolute turning point. I don’t want to say I was spinning out, but I was losing confidence. I had been talking all week that on Lake Norman in the fall, you can get a good bite on a jig. Being this is a similar lake to Norman, I thought it would set up well for a jig and it never did until today.

“This morning I pulled up on a dock and caught a 1 1/2-pound spot and then I caught that fish, and I said, ‘Okay, I am really going to roll with today being a jig day.’”

Late in the day, Monetti discovered a pattern where he could get bites with the jig on the first dock inside of a river channel bend and used that to rally to the lead in the final two hours by catching a 2 1/2-pounder at 12:45 p.m. before he sealed the win with a 1-5 bass that entered the boat with two minutes to go.

“I feel like I figured it out, but a little too late,” Monetti said. “But it ended up being just enough.”

As seen on Bassmaster LIVE, Slanker hooked one he believed could have won the tournament with around a half hour to go, but the bass wrapped him around a dock pole and broke off.

With the Bracket trophy secured, Monetti will set his sights on Knoxville and begin his research for Fort Loudoun and Tellico.

“I have watched all the shows that have been there and was at the Classic in 2019,” he said. “I watched the Elite event there last year. It seems like it is going to be interesting. I’m a smallmouth guy; I’m not sure if it is my kind of smallmouth fishing. But I am so excited to get there, and I don’t know how to put it into words knowing that I am going to go. I’m excited to be there and experience it.”

The tournament was hosted by Discover Greenwood, S.C.