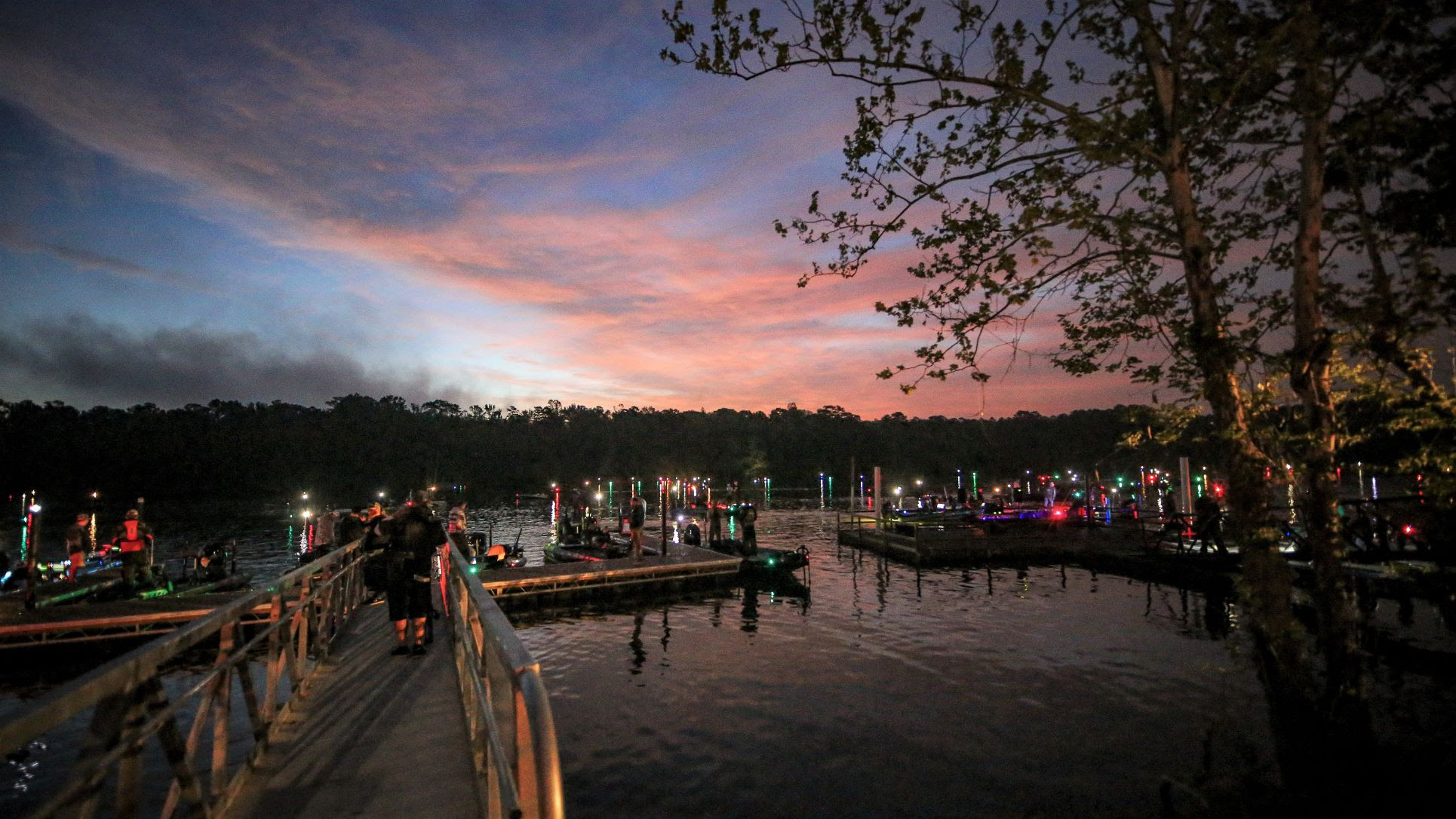 COUNCE, Tenn. — Brock Mosley didn’t grow up fishing Pickwick Lake, but it’s where he learned how to fish, so to speak.

“When I was (at East Mississippi Community College) I was only an hour and a half away from Pickwick,” the 33-year-old Elite Series pro from Collinsville, Miss., said. “It was my first chance to fish something other than a shallow mudhole. It’s a special place for me.”

Mosley is one of 91 pros who will compete in the Whataburger Bassmaster Elite at Pickwick Lake, which will be held June 2-5 on the eastern edge of the 43,000-acre impoundment of the Tennessee River. Anglers will take off from Pickwick Landing State Park in Counce, Tenn., at 7 a.m. CT daily with weigh-ins scheduled for 3:10 p.m. The field will be cut to the Top 47 Elites after Day 2 and to the Top 10 following the Day 3 weigh-in.

The winner will collect $100,000 and 100 points in the Progressive Insurance Bassmaster Angler of the Year standings.

Mosley came close to winning an Elite at Pickwick last March, finishing second to veteran angler Bill Lowen. The Tennessee Valley Authority had a hard current running throughout Pickwick in that derby, which was critical to Lowen, who grew up fishing similar conditions on the Ohio River.

Mosley said current could be a factor on Pickwick this year too.

“It’s supposed to rain every day of this week before the tournament, so that’s a big deal, especially this time of year,” he said. “The more current there is, the better the fish will bite.”

There are some complicating factors, though. Anglers will start on the Tennessee side of Pickwick, which Mosley said is the “partying” side of the impoundment. He said having practice days over Memorial Day weekend and on the holiday itself could shake things up a bit.

“There’s going to be some god-awful boat traffic,” he said. “The good times happen on the partying end of Pickwick. There’ll be houseboats, party barges. It’s usually a complete circus over there on Memorial Day and the Fourth of July.”

Mosley said he hasn’t fished Pickwick since placing 88th in the Bassmaster Open there in late spring 2021, but he has enough knowledge of the place to have a good idea of what the Elites will find under the heat of a June sun.

“Most of the fish should already be out on the ledges, and that’s where everybody will fish in this one,” he said. “Guys like Justin Atkins should do well. Joseph Webster is a really good hammer on Pickwick.”

Mosley likes his chances too, but he said home-water advantage isn’t as potent when offshore fishing reigns, as he expects it will.

As for a winning weight?

This will be the sixth event on the nine-tournament Elite Series schedule.

After five tournaments, Idaho pro Brandon Palaniuk leads the Progressive Insurance Bassmaster Angler of the Year race with 442 points. He’s followed by John Cox of DeBary, Fla., with 422, David Mullins of Mt. Carmel, Tenn., with 401, Drew Benton of Blakely, Ga., with 381 and Brandon Lester of Fayetteville, Tenn., with 377.

Jay Przekurat of Stevens Point, Wis., leads the Falcon Rods Rookie of the Year race with 320 points. He is trailed by Webster of Hamilton, Ala., with 298, Jacob Foutz of Charleston, Tenn., with 273, Matty Wong of Honolulu, Hawaii, with 261 and Cody Huff of Ava, Mo., with 230.

Full coverage from all four days of the Bassmaster Elite at Pickwick Lake, Tennessee will be available on Bassmaster.com and the FOX Sports digital platforms. FS1 will also broadcast live with the tournament leaders on Saturday and Sunday, June 4-5 beginning at 7 a.m. CT.

The Whataburger Bassmaster Elite at Pickwick Lake is being hosted by Tour Hardin County.