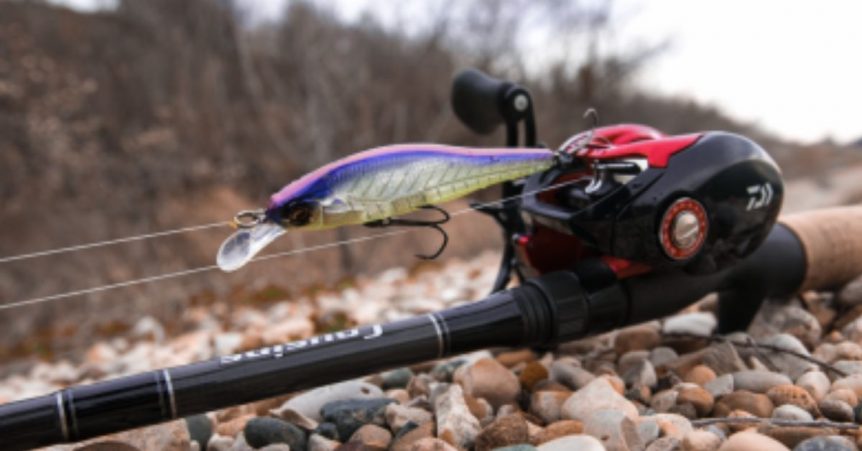 Most bass anglers agree that suspended bass are the hardest to catch, but there is a solution to catching these fish. Bass suspend most often from early winter to early spring and late summer through early fall. One surefire way to keep a lure in a bass’ strike zone and tempt the fish into biting is to throw a suspending jerkbait. The Googan Squad Jerkbait Scout is ideal for this tactic because the suspending lure dives 4 to 6 feet deep and lingers in that depth range. When fished in clear water, the suspending lure will draw strikes from nearby bass in the same depth range or fish moving up from depths of 15 to 20 feet.

A suspending jerkbait is a prime lure to throw after the fall turnover on Northern lakes when smallmouth bass scatter and suspend. You can catch these roaming smallmouths on a suspending jerkbait worked along sandy bottoms that quickly drop from a 5-foot flat to 20 feet deep. Position your boat on top of the drop-off and cast to either the shallow or deep side of the bottom change. That boat position gives you the ability to make a long cast up onto the flat or well in front of the boat so you can fish your bait over 20 feet of water. An erratic retrieve with two- to three-second pauses produces best.

The suspending jerkbait also shines any time the wind blows from late fall to early spring for hibernating bass on clear-water reservoirs. The channel swings in creek arms are key locations to throw a suspending jerkbait in the winter. Maneuver your boat so you can throw the Scout at a 45-degree angle along with the channel swing. A good rule of thumb is to make sure you are no more than a cast away from pretty deep water.

After making a long cast, turn your reel handle hard seven or eight times to drive the lure to its maximum depth. Then employ a twitch-and-pause retrieve with your rod pointed toward the water throughout the presentation. Let the lure sit for a long time—sometimes as long as 30 seconds– between jerks and keep your line semi-taut throughout the pause.

This allows the lure to seductively wiggle as it suspends. After letting the lure sit for what seems like an eternity, slowly sweep your rod to pull the lure a couple of inches and let it sit again for a while. Once you get a bite or two it gives you the confidence to just let the lure soak all day but until you get bit it is hard to make yourself fish that slowly. As the water continues to warm in early spring, you can shorten the pauses of your retrieve to trigger strikes.

Mother Nature Knows Best: 3 Clues In Wildlife That Will Lead You To More Bass