Tommy Jones of Salisbury, NC won the Bass Pro Shops Open Series event held on High Rock Lake on 6/20/20.  Running out of Tamarac Marina, Jones weighed in a five bass limit weighing 16.94 pounds. He took home a check for $2400.00 for the win.

Fishing again on Sunday Jones did not want to divulge too much information, stating he caught his fish shallow on plastics.

Hughes advises he caught his limit junk fishing. He advised he figured out a pattern later in the day and caught probably three limits.

“I caught my fish today fishing shallow with a jig and a worm,” said Freeze. 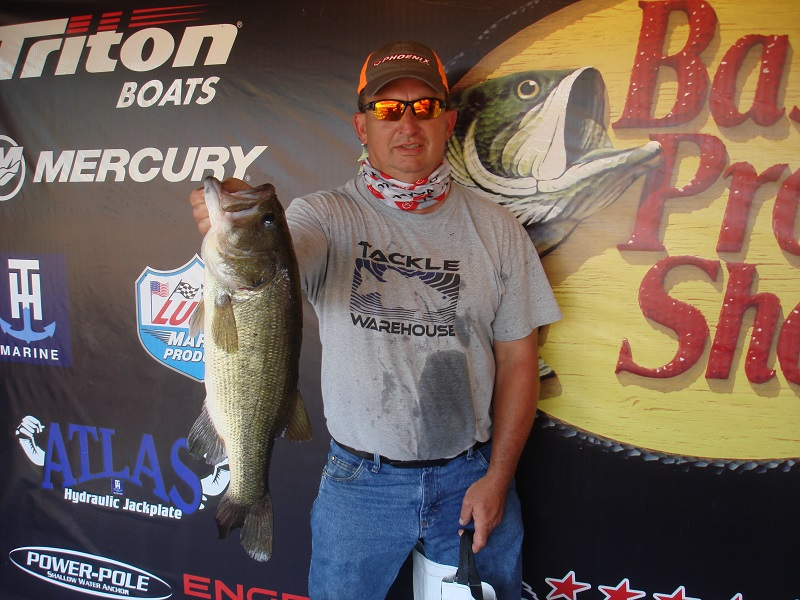 The boater big bass honors went to Stephen Cannon of Wilkesboro NC, with a bass that weighed in at 6.02 pounds. Cannon’s big bass earned him $410.00. 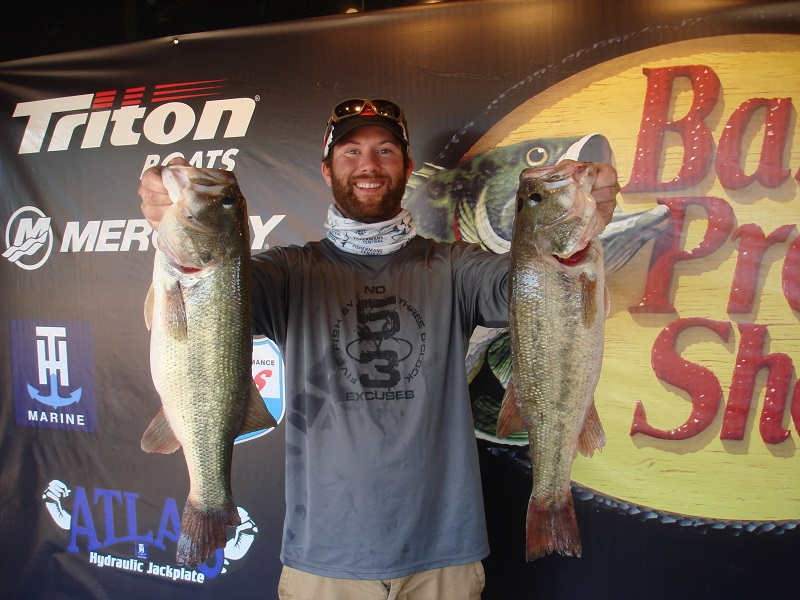 In the co-angler division Jesse Jodon of Windber, PA weighed in a three bass limit weighing 8.18 pounds. His catch was anchored by a bass weighing 4.69 pounds which was the biggest bass weighed in by a co-angler. Jodon took home a total of $1180.00.

“We fished various depths today,” said Jodon. “I caught one on a moving bait, one on a top water bait and one on a Carolina Rig.”

In second place for the co-anglers, Billy Taylor of Newton, NC weighed in a three bass limit weighing 7.49 pounds.