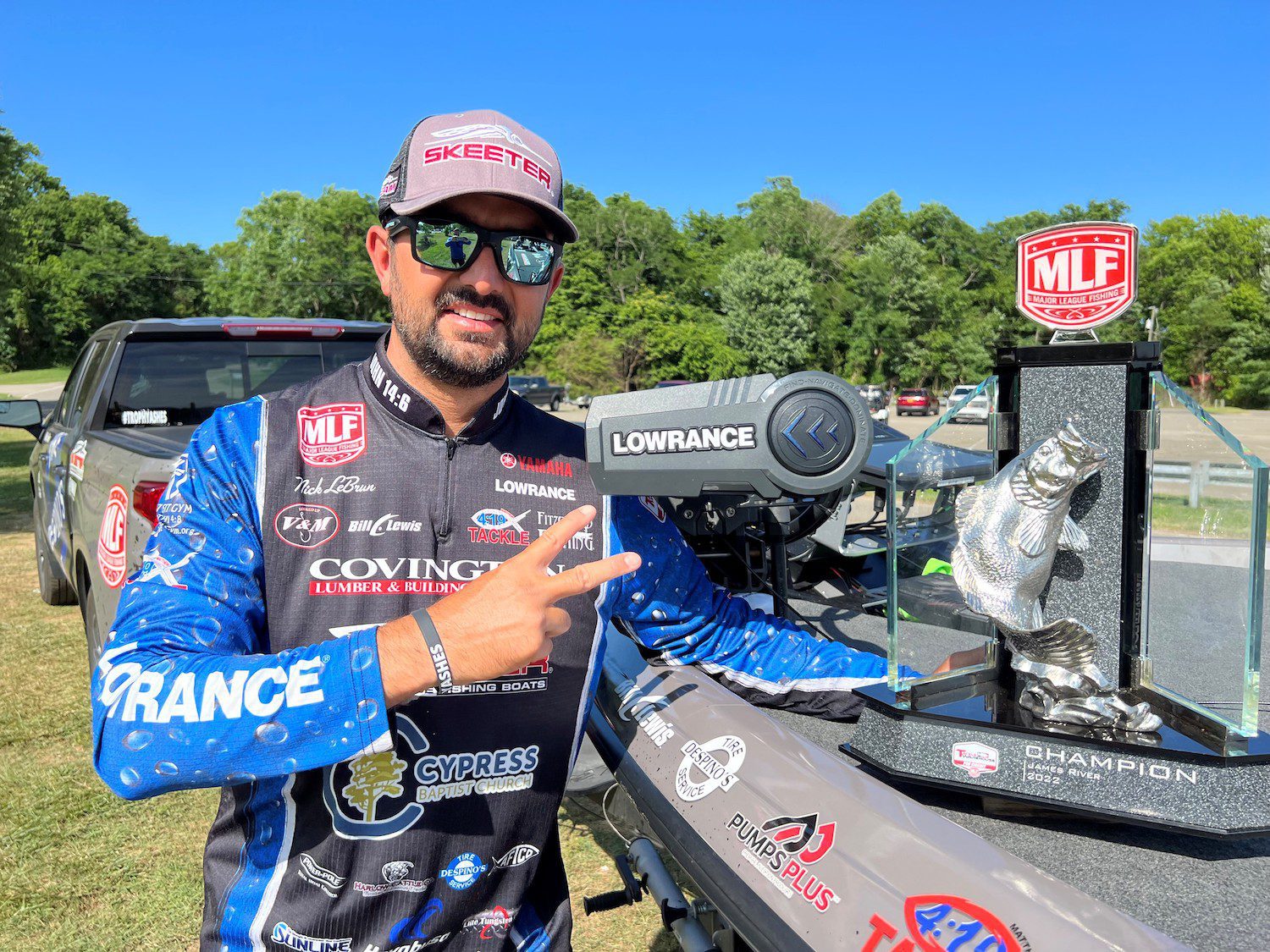 Lebrun is the third angler to ever win

“This was a great week, and I couldn’t have done it without my Lowrance Ghost Trolling Motor,” said Lebrun. “It was a key player because I covered a ton of water, trolling around docks, going tree to tree. It was an absolute workhorse, and I couldn’t be happier with its performance.”

The win on James River is the second consecutive Tackle Warehouse Pro Circuit victory for the Louisiana native, who won the Pro Circuit event on Lake Guntersville last month.