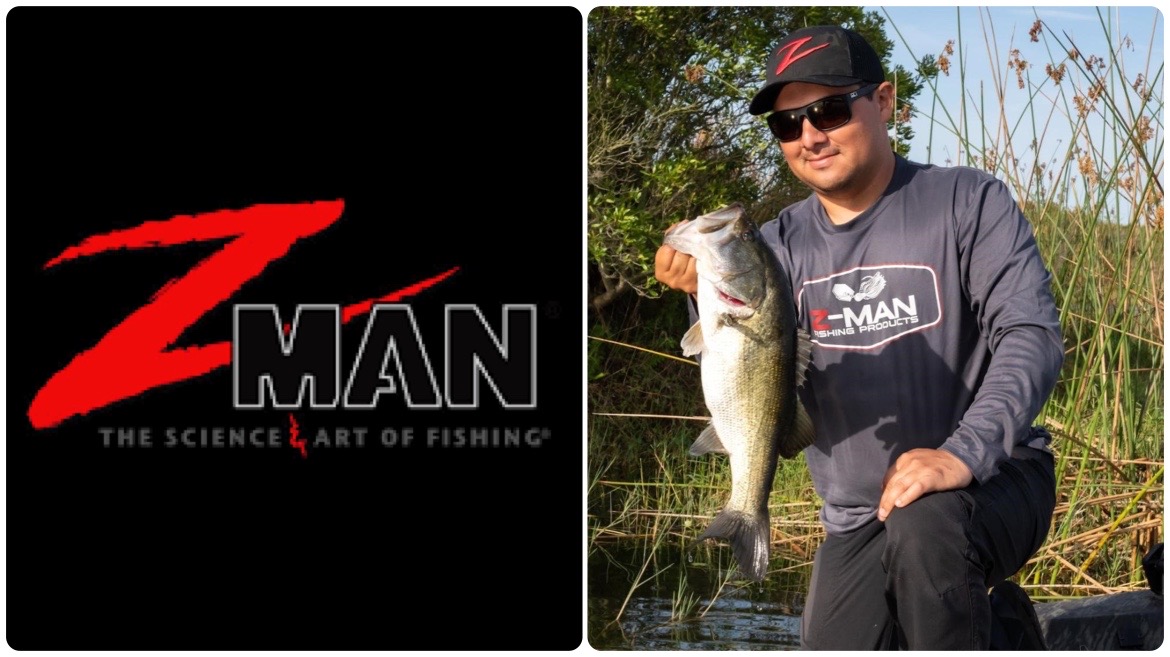 Jose Chavez is one of those behind-the-scenes people that the fishing industry wouldn’t be the same without. For many years he’s been helping rapidly growing brands like 13Fishing and Savage Gear make a name for themselves in the highly competitive fishing industry. Chavez obviously made a big impression with Z-Man to land the Director of Product Development position. “When I met Jose while fishing in Louisiana 7 or 8 years back, I was immediately impressed by his positive energy and his passion for fishing and the fishing industry itself,” said Daniel Nussbaum, President of Z-Man Fishing. “Since then, it’s been cool to watch his career arc and talents as a product designer really blossom.”

Z-Man is a company that I, like many anglers, contribute a huge part of my fishing success too. From the infamous Chatterbait to ElaZtech soft plastics they have a ton of proven winners. My first year back to tournament fishing after taking 6 years off to raise a family I found myself winning the 2019 Angler of the Year points race in the MLF BFL Shenandoah Division in huge part thanks to Z-Man. Armed with an 18-foot Ranger Aluminum boat I decided to keep my game plan simple. Map study backwaters near the tournament take off, put a Z-Man Chatterbait in my hand, and just go fishing. That game plan obviously worked out as I cashed checks in every event that season and won Angler of the Year. I couldn’t have done it without Z-Man’s Chatterbait that is for sure. I easily caught 80% or more of my fish that season on the Chatterbait. Day in and day out it’s one of the best baits for covering shallow water quickly and generating a lot of bites. With 16 years of history, you can’t hardly find an event that the Chatterbait didn’t contribute to someone’s success in the Top 10. That fact is undeniable, and it made my decision to throw it almost exclusively in 2019 such an easy one.

Jose Chavez said, “I’m a big fan of the everyday angler and the lifestyle…For me, it’s about putting the types of lures in people’s hands that produce amazing, unforgettable on-the-water experiences.” That sounds exactly like what Z-Man has already been doing for many years so he should fit in just fine. Chavez is not only a designer but also has been an avid angler most of his life. Having also competed professionally in the kayak series he finished fourth in the Hobie Kayak Worlds Tournament in Australia. This shows he understands what competitive anglers need to compete as well as the everyday angler.

To see a proven winner of a company like Z-Man sign on an asset to lure designs like Jose Chavez makes me extremely excited as a fan. The sport of bass fishing has a rich history of simple lures and concepts revolutionizing the sport like a tidal wave size ripple. This growth in the Z-Man team should certainly increase the odds for them to produce many more history altering designs.

What could possibly come of this new alliance? Only time will tell, but I have a feeling that the Z-Man Team anglers just got an edge in the years to come. Look out!