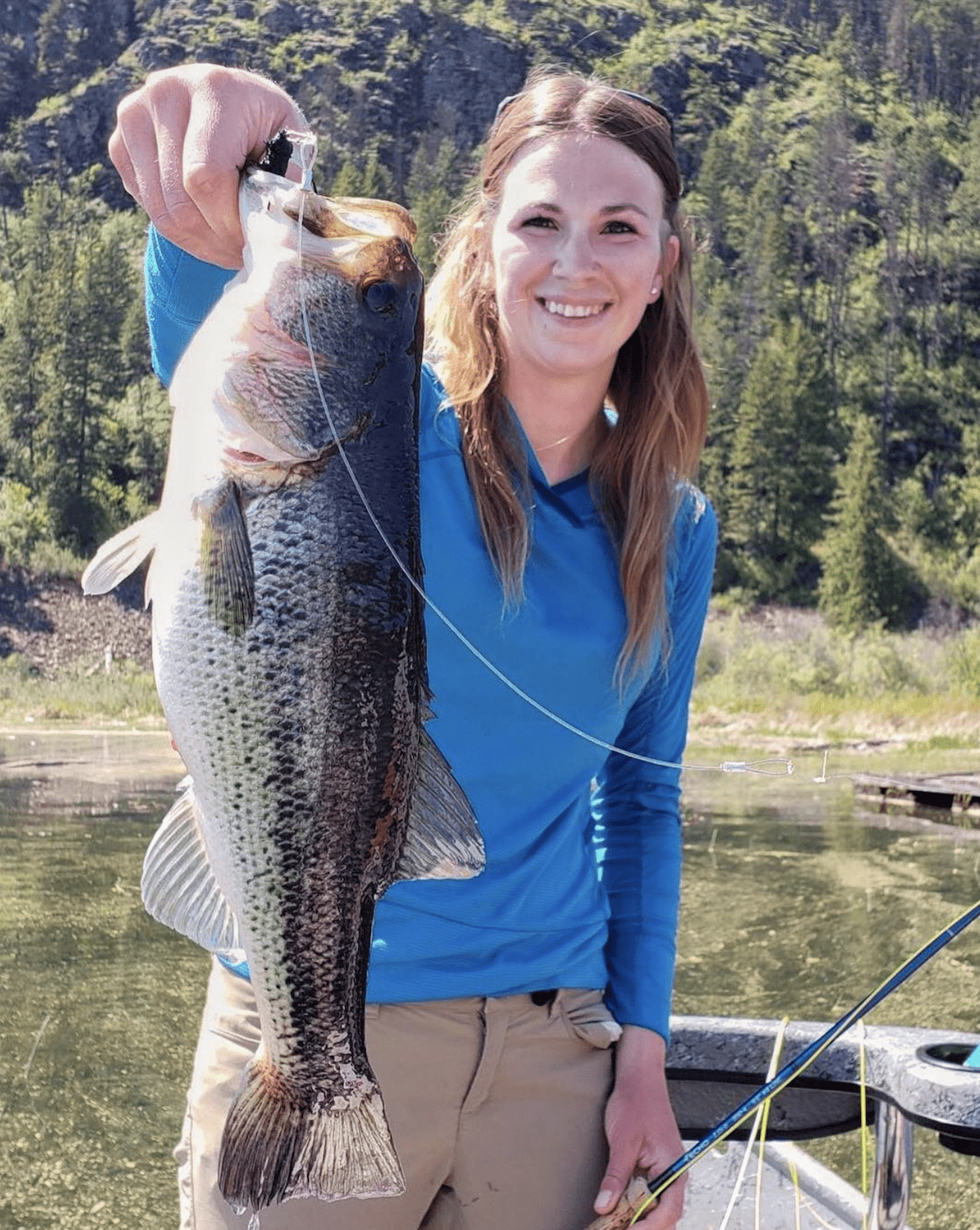 BIRMINGHAM, Ala. — The sixth annual Noreen Clough Memorial Scholarships for Females in Fisheries have been awarded to Iowa State University student Madeline Lewis of Poughkeepsie, N.Y., and Noel Schmitz, of Sparta, Wis., who is studying at The Ohio State University.

Noreen Clough blazed many trails in the field of fisheries. As the first female regional director of the U.S. Fish and Wildlife Service and later as the B.A.S.S. Conservation Director, her distinguished career was dedicated to the conservation and management of fish and wildlife. Clough passed away in January 2015. As a tribute, friends and colleagues established an endowment to provide a scholarship for female students working toward a career in fisheries conservation.

“My family didn’t fish growing up but moved to a house on a lake before I left for college,” Lewis explained. “I bought a cheap rod-and-reel package and taught myself how to bass fish through trial and error. The satisfaction of finally figuring out those fish was what first got me interested in fishing. A few years later, I was working on a guest ranch in Montana for the summer and learned how to fly fish, which got me even more into fishing. After that, I changed my major to fisheries, transferred to the University of Montana for undergrad, and my life has revolved around fish and fisheries ever since.”

Her current research involves evaluating population and movement dynamics of walleye and muskellunge in two Iowa reservoirs to better understand how escapement, natural mortality and harvest mortality regulate sportfish populations. Lewis plans on graduating in spring 2025 and hopes to pursue a career as a state or federal research biologist. 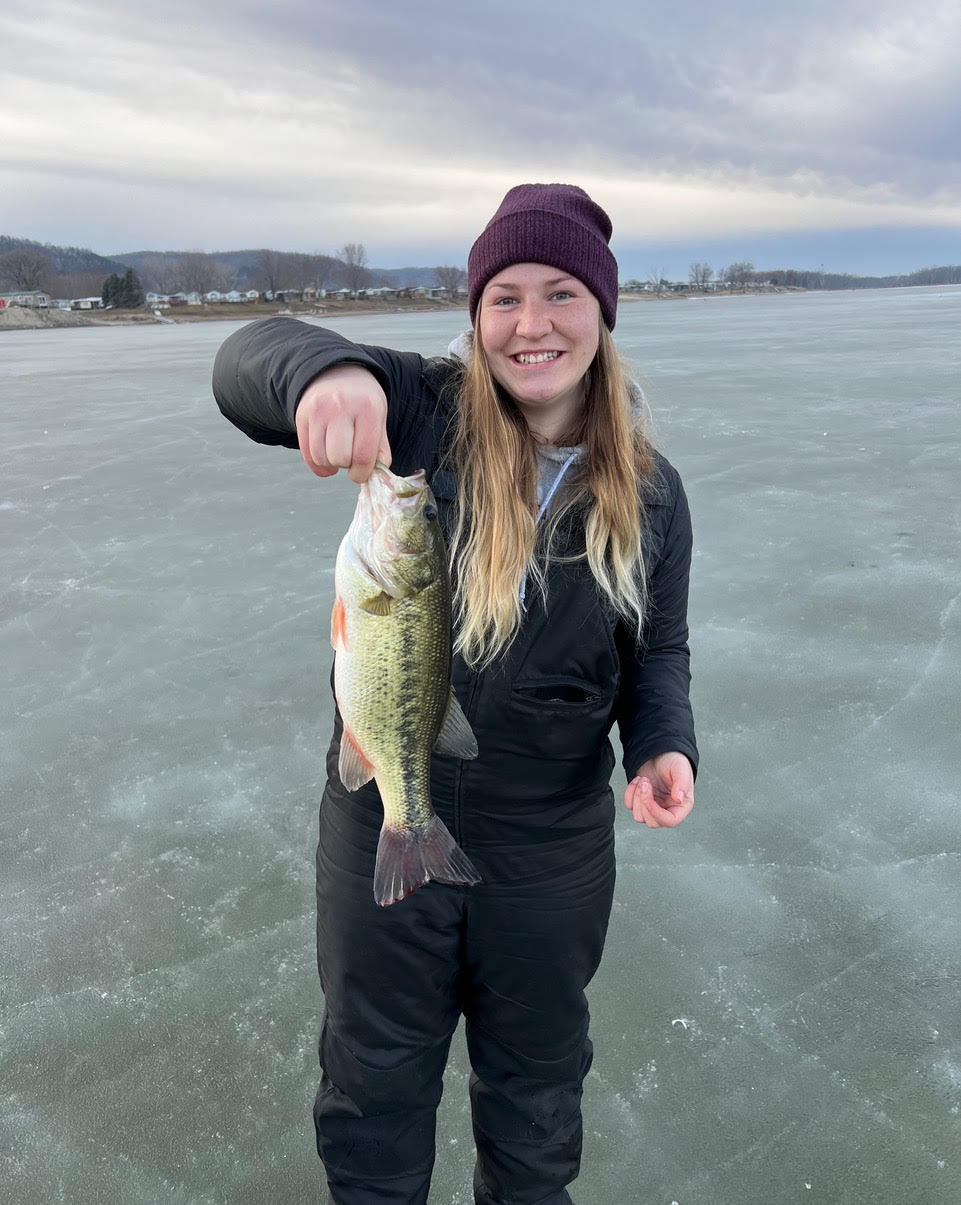 Prior to starting her undergraduate work at the University of Wisconsin-Whitewater, Schmitz was part of the American Fisheries Society’s prestigious Hutton Junior Fisheries Biology Program. As a Hutton Scholar, Schmitz completed an internship at La Crosse Fish Health Center, part of the US Fish & Wildlife Service.

Schmitz’s thesis research is focused on climate-change-induced stressors, such as increased water temperature and hypoxia, impacting predator-prey interactions between smallmouth bass and invasive round gobies in the western basin of Lake Erie. She will be working on this project next summer as well to complete her master’s degree at The Ohio State University in December 2023. After finishing school, Schmitz plans to move home to Wisconsin to begin a career as a fisheries biologist with a natural resource agency.

Gene Gilliland, B.A.S.S. conservation director, noted, “Both of these young women have a bright future in fisheries, but in addition to their academic strengths, they stood out from many of the other applicants because they were avid anglers.”

Gordon Robertson, retired vice president of government affairs for the American Sportfishing Association and a long-time colleague of Noreen’s added, “Noreen put a high value on lessons learned from recreational fishing from both a resource understanding and appreciation perspective, but also from a perspective of understanding anglers and how they think and react to resource and social issues.”

Lewis and Schmitz will each be awarded a $1,000 scholarship from the Southern Division American Fisheries Society Black Bass Conservation Committee to be used for college expenses.