When VanDam gets into Treble.com 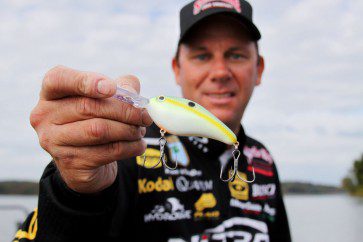 When VanDam gets into Treble

What makes Kevin VanDam so good?

The devil is in the details.

Perhaps no one on the Bassmaster Elite Series pays as close attention to the tiniest details in every aspect of his fishing. “Those details can keep you out of serious trouble when things aren’t going your way,” he insists.

And that includes how he chooses and uses treble hooks.

“The past few years, I’ve discovered more about the role hooks play in fishing than I could ever have imagined,” VanDam says. “Our rods and fishing lines have changed over the years and that certainly factors into hook choices. But there is so much more to it than that.”

For example, he explains, fluorocarbon and braid materials have less stretch so stronger hooks are required. Equally important, however, is learning how the bottom and cover affects hooks, how each species of bass hits the lures and how hooks perform on different types of lures.

“There are so many variables that anglers overlook,” he says. “Since I began analyzing and selecting hooks for specific situations, my hooking/landing ratio has improved substantially. You’re never going to land them all, but some of the little adjustments can be a deciding factor, especially in tournaments where every fish is critical.”

VanDam is such a believer that he may change the type of hooks he uses on his hard baits throughout the day, depending on the demands of each scenario. He compares it to a NASCAR crew chief setting up a car and making adjustments throughout the race. “He may make a minor adjustment in the chassis or tire pressure,” VanDam says. “Those adjustments may be ever-so-slight but produce a big difference in the end. The same can be said about the hooks you use on your lures.”

Mustad, VanDam’s hook sponsor, has heeded his advice by building specialty hooks to suit his and other hardcore Bassmasters’ needs. Several quality hook manufacturers also offer variety, yet most anglers stick with the hooks provided with their hard baits.

VanDam agrees that some bait manufacturers have upgraded their hooks, but stock hooks don’t fit every situation.

There’s no definitive rule for which replacement hooks or sizes work best in each situation because it can vary within a manufacturer’s brand and style. However, the four-time Classic champion offers this advice for assessing and matching hooks for hard baits.

VanDam believes a treble hook’s flex is an angler’s worst enemy. “The thing I’ve discovered is that a hook that flexes tends to pull away from the pressure, bend out and not penetrate as well,” he explains. “It’s something I’ve really noticed while fishing for smallmouth. You catch a 3-pounder with light hooks and the treble will be mangled, even when fishing lighter line and using gentler hook sets.”

Also, he notes, bass caught on jerkbaits and crankbaits often are hooked outside the mouth, either on the chin or gill plate. For that reason, he wants a sharp hook that penetrates beneath the barb and doesn’t flex. Otherwise, the fish can shake free when jumping or making hard runs next to the boat.

Some anglers believe you need light-wire hooks when fishing lighter line because they penetrate better. Not so, he argues. He increases his hooks in size and strength whenever it doesn’t affect lure performance.

“I fish a lot of 8-pound line on some jerkbaits and smaller crankbaits when fishing for smallmouth and I’ve found I lose fewer fish — because the hooks don’t flex,” he explains.

Today’s tackle has a lot to do with it. Lines have less stretch and graphite rods have faster actions, so hooks penetrate better, VanDam adds.

You can overpower a lure or impact its balance with the wrong size of treble. A topwater may not sit in the water properly or a small crankbait or jerkbait may not run as effectively as it was designed if matched with large diameter wire hooks.

“I try to get away with as big of a treble hook with a wide gap as I can,” VanDam says. “You just have to experiment with them until you know which works best on individual lures.”

That’s why he convinced Mustad to come out with the KVD Elite Treble. It’s got an extra-short shank, wide gap and “Triple Grip” design. The shorter shanks allow him to “upsize” the hook for a bigger bite. Those are the hooks he used on his crankbaits to win the last two Classics.

“For example, the KVD 1.5 crankbait or Strike King Red Eye Shad come stock with size No. 4 trebles, but I can upgrade to No. 2 Elites on there,” he says. “It has enhanced my landing ratio considerably.”

Lure tangling is another consideration, which is why VanDam likes the short-shanked feature on the KVD Elite trebles. “On smaller crankbaits you may have to go down in hook size, but try to get away with the biggest size you can,” he advises.

For larger topwaters and jerkbaits, he may switch to a new version of the KVD Elite Trebles that have a longer shank and are made with standard wire for those situations where balance is an issue. The shank length isn’t a problem and can work in your favor with those baits. They are strong, yet a little lighter than the KVD trebles so they are less likely to affect how the lure sits in the water.

Triple Grips have a Kahle-style bend with wide gaps and the points angle in slightly. VanDam says the kahle style will penetrate better and not rotate away like some round-bend designs do. “One of the reasons anglers lose so many fish on jerkbaits is because of the flex,” he says. “Those fish rarely get the entire bait in their mouths, so they have a leverage advantage. With stronger hooks that penetrate and hold, you are going to land more fish.”

FACTOR IN THE COVER

When grinding a crankbait on the bottom or banging it through brush, VanDam wants the super stout hooks for a couple of reasons: they hold up better and offer the power to move big fish without the hooks flexing.

“In a tournament I won at Grand Lake, I was fishing Series 5 and 6 crankbaits (deep runners) in shallow water,” VanDam recalls. “I was smoking that bait with standard trebles on a high-speed reel, and within five minutes the hook points were destroyed and bent from banging on the bottom. I switched to the larger diameter KVD Elites and the hooks stayed sharp and intact.”

However, he still might change hooks when banging them against hard objects or even when catching a lot of fish. “You really need to pay attention to your hooks when fishing over rocks or around wood,” he says. “If a hook is bent, don’t try to bend it back. Replace it.”

He says it’s not unusual for him to change hooks throughout the day when grinding baits along river ledges or on mussel beds. “You may think you can sharpen a dulled hook, but you can’t get it as sharp as a manufacturer can build it,” he says.

Don’t change hooks on a lure and go fishing without testing them first. Run a lure with the stock hooks next to the boat and study its action. Note how it wobbles and how it feels through the rod tip, then compare how it looks and feels with the premium hooks on it. “The manufacturer has matched his hooks to the bait to achieve optimum performance,” VanDam explains. “A change could overpower the bait or it may cut down the wiggle and liveliness. Be real critical with that.”

Most of today’s plastic crankbaits and bigger baits can handle heavier hooks. Some wooden baits are more sensitive, especially narrow-bodied ones. “You also have to be careful with topwaters because you can weigh them down and they won’t work properly,” VanDam says. “I have discovered you can put a slightly larger hook on the rear of a topwater to enhance its walking action. I’ve even put a bigger hook in the middle and back on larger walking baits to tilt it slightly and give it a more erratic action.”

Of course, VanDam cautions, what works for him may not work for someone else and it can vary depending on lure and style of hook you use.

“The main thing readers should get from this is they need to spend more time thinking about the hooks they have on their baits, the jobs they want those lures to accomplish and get the very best hook combination for the technique they are fishing,” he says. “They’ll learn the advantages/disadvantages of each style of hook and see a difference in how many fish they land.” 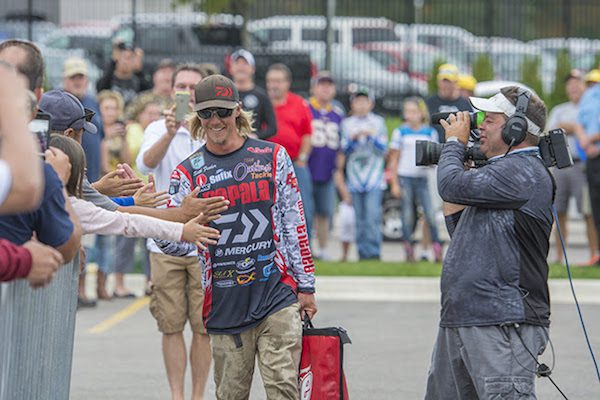 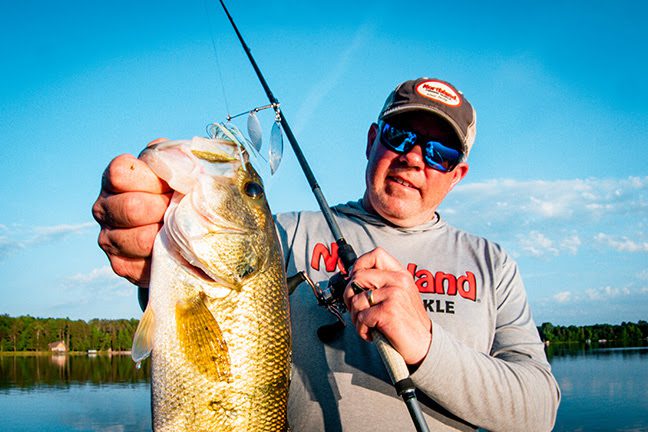 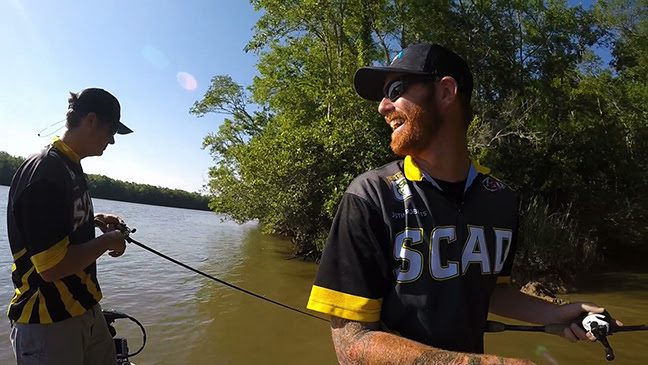 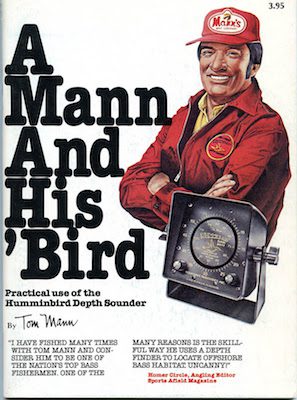 From humble beginnings to industry leader, how Humminbird® earned its wings