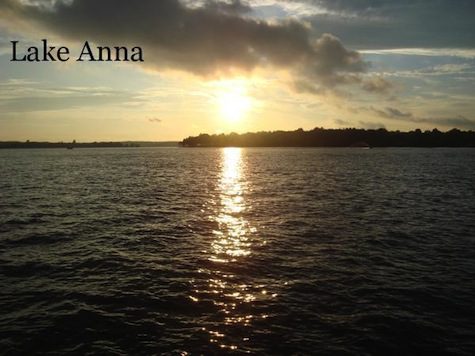 March is a month to catch some of the largest fish of the year and many citations should be recorded this month. Although spring officially arrives on March 20th the extremely mild winter has triggered fish to move shallow, feed often and prepare for the spawn. Bait is plentiful and has already begun its migrations up the rivers and into the creeks. We have been catching Stripers for the last month in less than 5 feet of water, Crappie have been plentiful under shallow docks and Bass are cruising the banks. March fishing should be excellent this year.

STRIPERS: Stripers are scattered all over the lake now and are gorging themselves fattening up for the rigors of the spawn which will take place over the next couple months. Due to the warmer than average water temperatures Stripers are literally everywhere from the Dam all the way up the rivers, main lake to the backs of the creeks. Gulls will advertise where schools are working and will give anglers a good place to start fishing. Striper fishing has been excellent, my clients have been limiting out easily and on some days our catch rates have been in excess of 10 fish per hour. [Check out our catches on my journal at www.JimHemby.com] Stripers are fat and full of roe. Here are some proven tactics to catch Stripers this season.

Most anglers are limited to using artificial baits only and rely on Gulls rather than their electronics to locate feeding Stripers. The trick is to approach diving birds quietly turning your big motor off a minimum of 100 yards away and quietly using your trolling motor to sneak up on the feeding Stripers. Anglers should be using their electronics to locate fish well outside of the area the gulls are working due to the abundance of Stripers this year. There is so much bait this year usually the smaller Stripers are chasing the bait to the surface while the larger fish cruise the parameters of the bait schools occasionally feeding on easy bait. Many different baits can be used but throwing spoons either working them nearby the surface or letting them fall and working them all the way back to the boat have been catching nicer fish. Down lake near Dike 3 Pencil Poppers, Spook type baits and Rattletraps work well when the fish surface in the current. Jigs rigged with Super Flukes dropped near the action seem to catch better fish. Mid lake and up lake it is hard to beat throwing swim baits at the banks especially on warming trends. Locate an area where you see bait on your depth finder and target clay or rocky banks for better action. In low light times of the day waking a Redfin over a point nearby bait can bring chills to your spine when a big Striper explodes on your offering.

Artificial techniques work well but nothing fools a big Stripers like pulling a big Shad or Herring past them. If you can’t catch native baits try Jumbo minnows purchased from the marinas. For the next 2 months I will focus on points, humps and shallow flats where baitfish are present and especially where there is minimal boat traffic. Boat motors will turn the fish off and this year I have concentrated on working areas with little or no traffic regardless of the section of the lake with great results. On warming trends I will run Water Bugz planner boards over flats and right up next to the bank whether we are fishing deep main lake portions of the lake or the backs of creeks. On cooling trends and blue bird days if the fish do not cooperate shallow I will drop back to 20 to 30 foot flats and pull a combination of boards and down lines rigged at the depth I see fish on my Lowrance. As the water warms I will use larger baits and when the water cools I will downsize my baits. Being versatile is the key to successfully fishing for Stripers on this lake. Too many anglers fish “Memories” or where they see other boats fishing versus working areas where there is less fishing pressure and bait fish present.

BASS: Warmer than average weather has pushed Bass shallower than normal for this time of year. March is a month of Bass Tournaments on the lake and the fish will see every bait known to man this month. Lake Anna is usually the first stop on most tournament schedules and for a good reason, there are plenty of Big bass that are fatting up for the spawn. Bass are working pre spawn areas [primary and secondary points and various structures nearby spawning flats] feeding heavily in good conditions and retreating back to the first drops or shallower channel edges in when the conditions decline. Many fisherman are using the new multi-rigs [many with different names but basically the same look and appeal] with good results but as the fish move into spawning areas conventional baits should excel with the lack of large school of bait not being nearby. Mid lake and down lake concentrate your efforts in depths of 16 feet or less, working prespawn areas. Primary and secondary points down lake will hold giant Bass that are suckers for Suspending Jerkbaits. A good pattern to try is targeting 30 degree gravel banks that have cover on them with crank baits or swim baits. Other areas that will produce this month will be windy rip rap, throwing big bladed spinner baits on the banks. A few areas that always produce in March and April are coves like Hackneys, Boggs, Dukes Creek and the back of Sturgeon Creek. Backs of mid lake coves and pockets along with docks in deeper Marinas will attract nice bass now. Brush piles, big boulders and any structure should hold Bass that are in transition to spawning areas.

CRAPPIE: Fishing has been and will continue to be excellent for Crappie. Up lake nice fish have been very shallow using shallow docks, dead shoreline grasses and stumps for cover. In cold front conditions Crappie are congregating along bridge pilings and rocky drop offs. We have seen 100 yard schools of Crappie hanging along the first main drop off next to spawning flats in 10 to 20 feet of water. Try locating schools with small jigs and once you find the larger fish work them with medium minnows. We are catching a few Crappie on 6 inch baits pulling boards up on the banks!

CATFISH: The Cats have even been feeding earlier than normal this year. In addition to them being scattered around the numerous bait pods of bait everywhere Huge Blue Cats are up in the current at Dike 3. Last year numerous fish over 20 pounds were caught there in March and already this month a 42 pound fish was boated there. 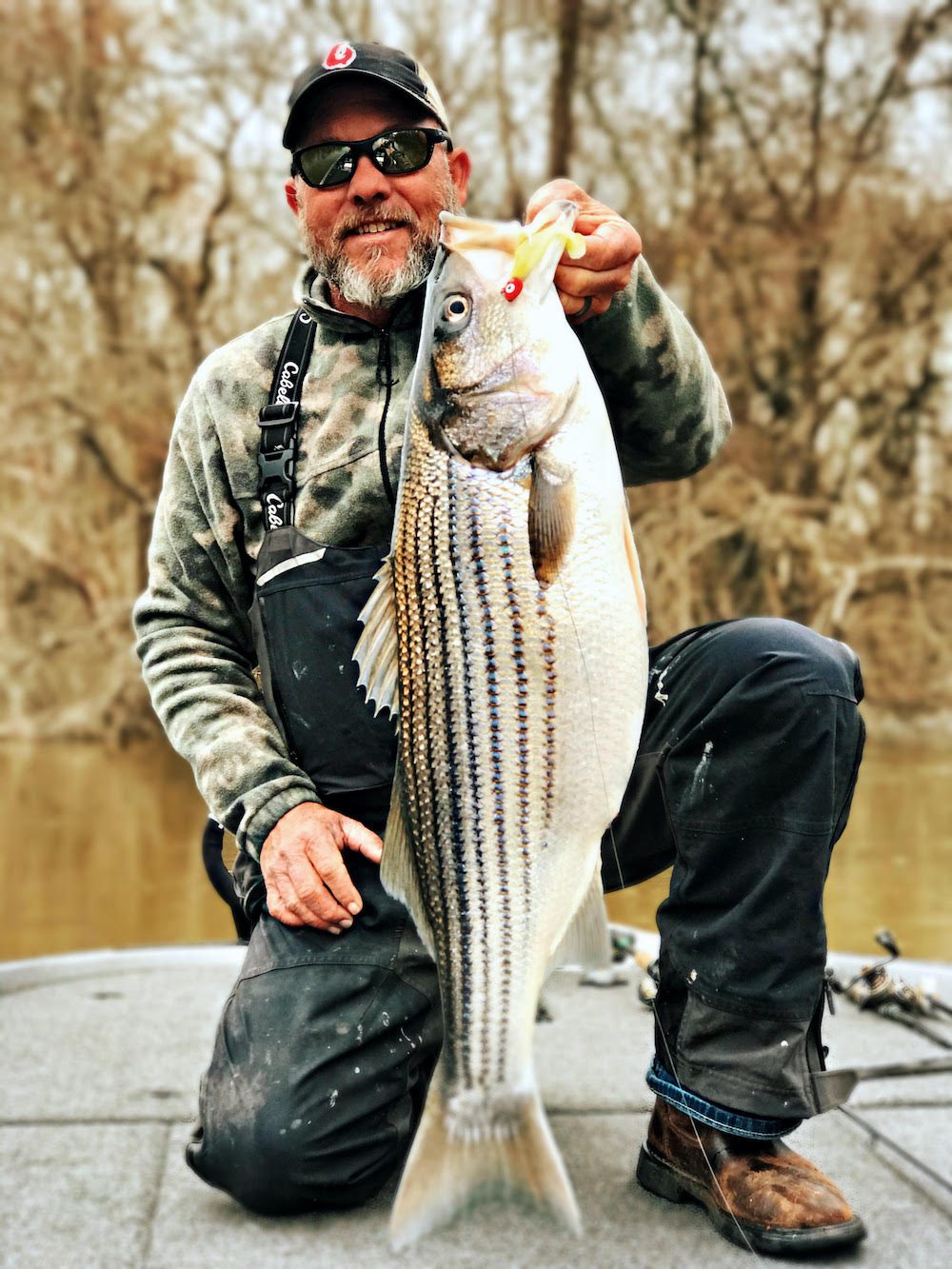 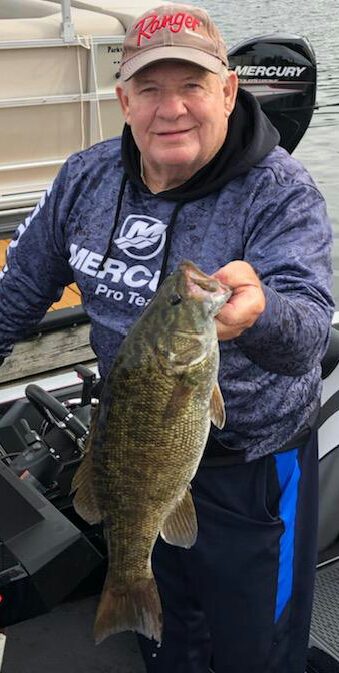 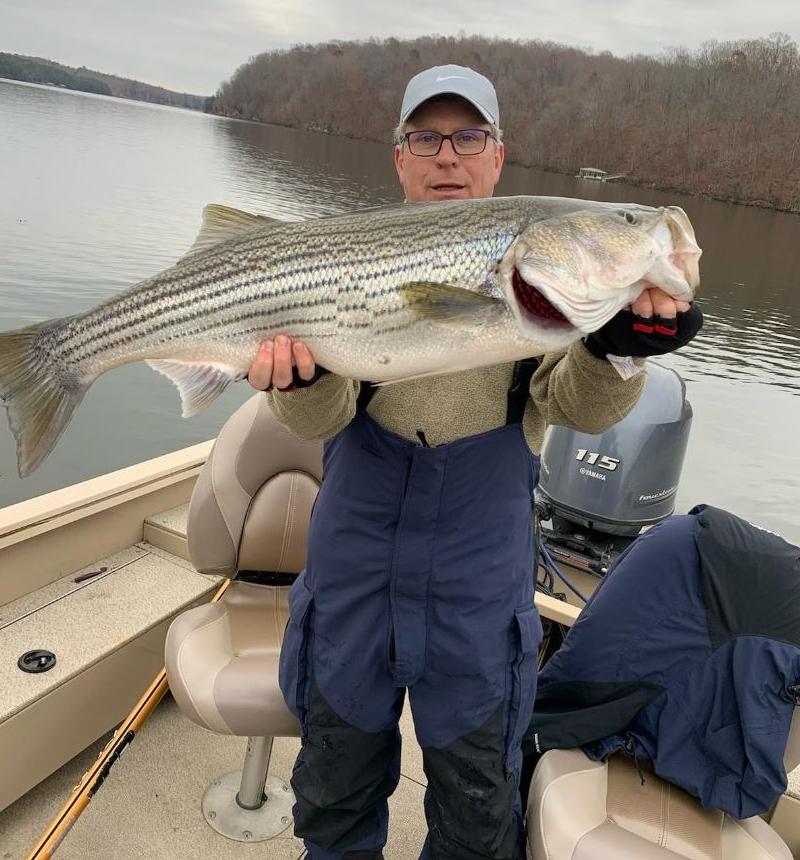 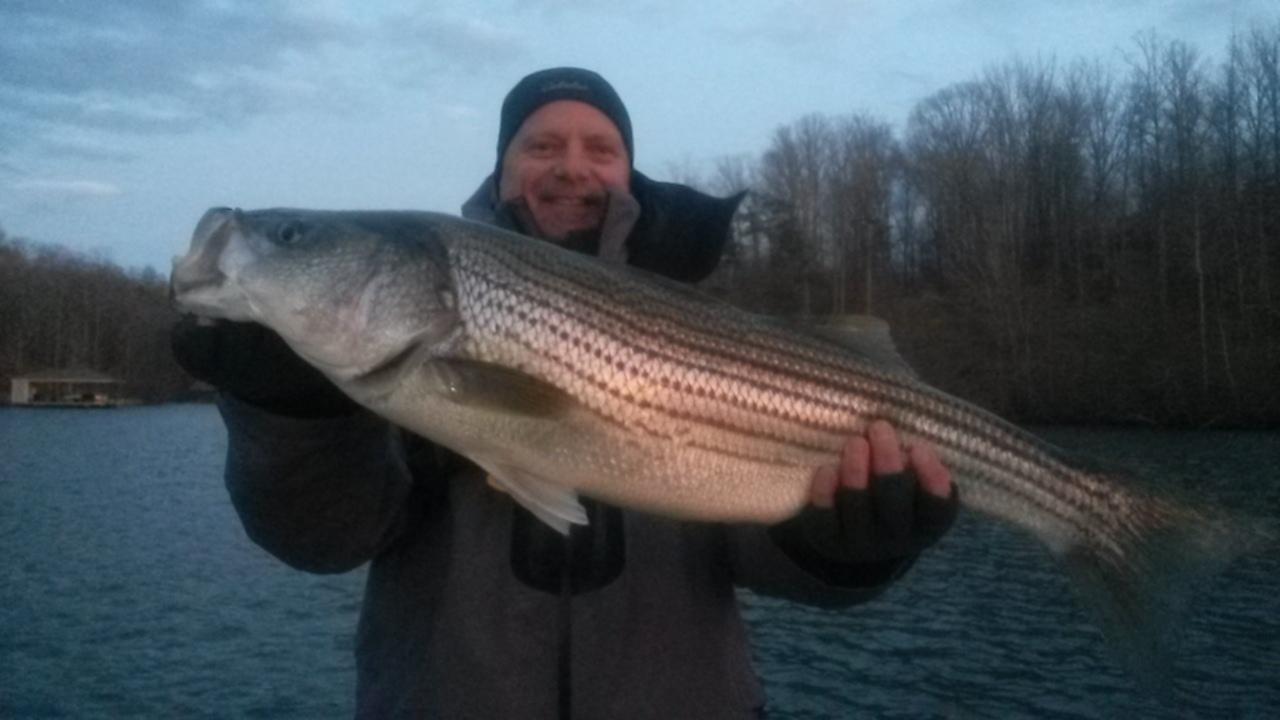