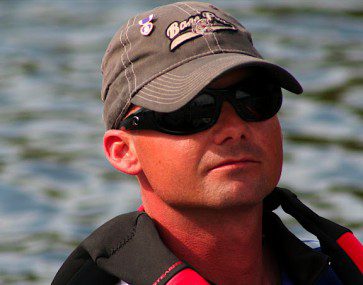 It was a tiny glint.

On the Bass Pro hat.

It was a tiny glint that caught my eye.

A dude who collects pins, I’ve got a B.A.S.S. pin I could give him, so I put the small digital camera away and swung up my Canon with the 300mm lens…

…and zoomed in to see what the dude pinned to his cap.

Maybe I could trade him…

And then slowly the lens turned, and kept going in and out of focus, up and down in the wakes as the dude with the pinned hat bounced in the wake of others as he came in for check-in.

I held my breath and tried to keep the camera steady as possible.

And then suddenly it did…catch focus.

And that’s when the dude, became a hero.

And that’s when I knew that I didn’t have any pin I could trade him.

When I knew, all I could do was thank him.

“…through the valley of fear
to a river so deep…”

Pause all of this right now, yeah that’s right, I’m bringing the flow of this story to a screeching halt.

But I want you to know some stuff…be honest with you…up front.

I didn’t want to do this story.  Resisted it.  Searched everywhere around here that I could in the hopes another story, ANY other story would come my way.

I mean I even thought about writing about how to catch fish…write about the fish for goodness sake, rather than about those who chase the fish.

So know that, know this bottom line…I didn’t want to write this story.

But also, know this…the why.

My best friend in the world died in a swamp in Vietnam.

My best friend in the world died face down in the mud.

I have missed him everyday of my life for the past 40 YEARS.

Most days, I handle this fairly well, I will hear a song he used to sing, a song he would dance around the room with an air microphone pretending he was Smokey Robinson, or one of the Temptations, and I will smile.

And I will move on.

But some days, some nights I will wake up, and he will be standing there, or at other times he will be just out of my sight, but I will catch movement in the corner of my eye, and I know it is my friend.

And I will be a basket case for a bit of time.  A very long time.

And I will go to my special place, huge Sennheiser Studio headphones on, music loud enough so I don’t hear any of the planet.

I will walk around listening to one song played over and over again, a song called, “Names On The Wall,” sung by Francesca Beghe…my iTunes playlist shows I have played that song 4,121 times.

And I will cry for my best friend who died in a swamp in Vietnam.

And I will bawl for the 58,261 names etched on the Vietnam Wall.

So I’m trying to avoid being a basket case for the next day or so, I have a long drive from the Central Open here in Branson to the Elite event on Lake Douglas in Dandridge, Tennessee…a long time to be alone.

But I’m having a hard time finding music for this story, the dude with the Purple Heart told me his favorite music was, country, and I don’t have a lot of country in the library.

More reason to bag this.

Then the phone rings, and it’s the dude and he says to me, “You know I thought about what you said…and I wanted to let you know my favorite singer, someone I would listen to a lot in Iraq…my favorite singer is Billy Joel.

And as he says that…Billy Joel is playing through my headphones.

I’m listening to Joel…the very song I quoted…as I’m searching for the country music like I thought he wanted.

And I smile, and I tear up because I know my friend, Roger, was behind that call.

I never heard Roger sing a Billy Joel tune…Billy Joel was after his time, but I know it was Roger asking me to do this story because he reached out to me in the way he always would…music.

And for a Billy Joel song to be playing while looking for a country song, and then getting the call I got…can only be a message from my friend who died in the mud of Vietnam.

Because, and this is the hardest part for me to type.  Because Roger died in the arms of a medic…his mom told me so…a medic who tried to save him.

And on the phone with me, telling me Billy Joel was his choice…is a medic.

A front line combat medic…who in one week was blown up 9 times.

Who in Iraq was blown up a total of 15 times.

Blown up while trying to save other people.

And his name is Chad Brekke.

And for my best friend.

Thanks Rog, for helping me with this.

“…I’ve been searching for something
taken out of my soul…”

Meet the man with the Purple Heart on his Bass Pro hat.

…until he got blown up.

Got blown up 15 times…9 times in just one week.  Blown up by the deadly hidden bombs know as I.E.D’s…Improvised Explosive Device…otherwise called a BOMB.

Listen to Stephanie tell you about her husband:

“Chad got blown up because he was giving his medics a rest…he took their turn (we are sitting at a picnic table waiting for Chad to weigh in at the Bassmaster Central Open, as she talks, her lower lip quivers)…he has Traumatic Brain Injury, he has Post Traumatic Stress Disorder, his spine, it’s fused together from C-5 to C-7, his knees are messed up, his back is messed up…”

The Army has classified Chad as 100% disabled.

“We have to go all the time to Speech Therapy, Cognitive Therapy, Physical Therapy, Occupational Therapy…”

My lower lip is quivering as I write it all down.

Frankly, to tell you the truth I want this to stop, she can barely take it, I can’t take it, my whole body is shaking…and it is 85 degrees out and we are in the sun…

This is a young man, who if you were down would work his way through live fire to get to you.

This is a young man who put you, before himself.

“…I…I…don’t want to sound ungrateful, we are all so proud of Chad and his time in the service…but…but…uhum…when he came back he was just, just, weird, he just wasn’t right…just not himself.”

I don’t know what to say.

I want to hug her.

Mainly…I want a very stiff drink and go crawl into a corner and sob.

“…we have good days, we have bad days, you learn how to balance life, we are just trying to make it, I can’t work, have to take care of the kids, take care of Chad…it’s been tough…”

This is the message Stephanie got about her husband, “I got a text message from one of his buddies in Iraq…it said, ‘Chad is alright, he’s being evacuated,  he has all his limbs.”

She never heard another thing for a week.

“…something I’d never lose
something somebody stole…”

Standing in front of me, sometimes looking me in the eye, most time not, is Staff Sergeant (ret) Chad Berrke.

I am face to face, with a hero.

But as long as I can write.

As long as I can type.

I will call the men and women who go off to serve, to protect us, me, whether they come home injured, or not, I will call them what they are…heros.

And I don’t care what anyone else thinks about that.  You have a problem with that…tough!

“It’s not so much all that has happened to me that bothers me…it’s what…it’s what (for a moment he loses his train of thought, or maybe he’s just living it all over again-that would be my bet) it’s what I saw, what I saw bothers me more than the injuries I have.”

And then, he stops talking, and starts to smile…he has bent down and picked up a crankbait from out of his fishing tacklebox.

“You know, fishing takes my mind off Iraq…”

And to myself I silently say, Thank You, don’t know whom I’m saying that to, but Thank You to whomever for giving the young man before me…an out.

Behind him, Stephanie is smiling and crying as she listens.

“I still have issues, problems you know, have trouble at night, have trouble with little things, I can’t drive a car under an overpass yet without getting all tense inside, but, but when I get out on the lake, out on the boat, it all goes away…my friends in the Centennial Bass Club in Ft. Collins have really helped me out.”

It’s late, past 10 p.m. and Chad is going to fish in the tournament again tomorrow as a co-angler…a tournament he wants to win so his wife can keep the shoes she bought for the kids, “if he cashes a check we can keep them, if not I’ll bring them back, but we haven’t eaten much while here so that money going to the shoes help.”

On top of everything else, money is an issue.  Chad wants to fish in the 3rd and final Central Open…but at this point, that is doubtful…four kids…four pairs of shoes and clothes and food and….

I want to give him my Visa card, I want to pay for the shoes myself, but in his eyes I see that you don’t do that to a man who was willing to get blown up 15 times…for other people.

If the war has taken everything from this young man, I will not take his pride.

So then, instead of giving him cash, I just grabbed him and give him a hug, and he hugs back, the hug of a medic who is used to comforting others, as he comforted me, sensing maybe that as I hugged him, that maybe I was hugging someone else too.

A person I never got to hug goodbye.

The person who whispered to me to do this story.

Because as I stepped back from the hug, Staff Sargeant (ret) Chad Brekke, shakily, gently reached out and held my arm for just a second, and looked into my eyes, as his eyes brightened, as his eyes glowed as he said to me…softly, but with power that I hadn’t felt from him before…

…said to me, simply this…

“If I had to do it all over again, I would do the same thing, in fact if I could, I would go back…

“…I hope it doesn’t take the rest of my life
until I find what it is I’ve been looking for.”

“The River Of Dreams” 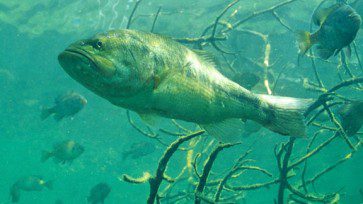 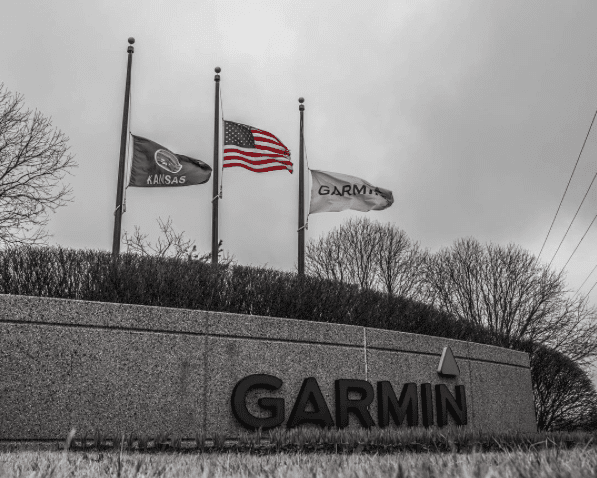 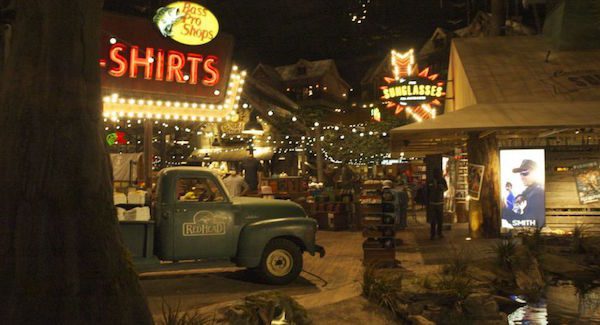 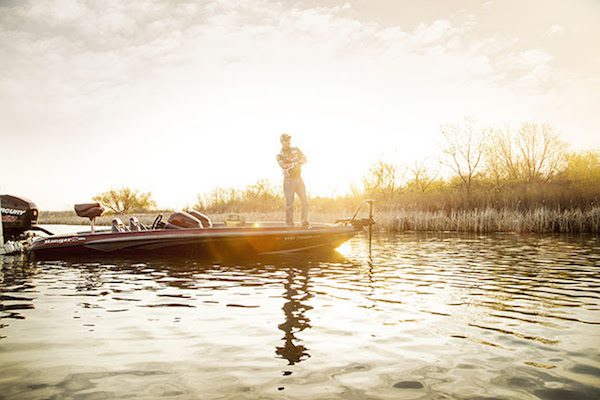