Failure is the ONLY option – Don Barone – Story

Failure is the ONLY option

“That’s the way that the world goes ’round…”

Rewind a month or so…I’m walking through the 2012 Bassmaster Classic in Shreveport and see one of the nicest guys in the game, Britt Myers, at a sponsor booth. So I stop, we talk and he tells me something like this…”You know db, I finally think I have this sport figured out, I’m looking for good things to happen this season.”

“Great dude, let’s do a story once they say ready, set, go.”

Fast-forward to Palatka, Fla., and the St. Johns River Showdown.

Britt and I are at “Big Show” Terry Scroggins home, a huge feast of BBQ, steaks and seafood…I have a plate of BBQ…steak…cake…a cake made in the shape of a bass…a careful measurement might, MIGHT show more cake than steak on my plate…so Britt and I are off to the side of the party and we are talking…just friend stuff about wives and family…and cake…and then I start slipping in some interview questions.

Not sneaky-like because I have to put my cake fork down right in front of Britt so it’s not like I’m sneaking up on him.

So, somewhere between dumplings and cake, Britt says this to me, and I manage to write it down darn near exact like but close enough where I can put quotes up around it and not worry about court appearances.

“db…bud, failure is not an option.”

“…FAILURE IS NOT AN OPTION.”

Three days later…Britt comes in dead last in the tournament.

Now what do I do?

Could run the dude up the flag pole…remember “…failure is not an option.”

Ain’t done told my editors I was going to do it.

Just let the conversation go…take the no harm, no foul route.

What to do, what would you do.

Go on. I’ll give you some time.

Not going to hang the dude with his own words…not my style. In this business, you do that once or twice and you find yourself running short on getting interviews.

Plus, it is just plain candy-arse…if you want to confront the dude, you do so right then, right as he walks off the stage…not some stealth attack while he is off practicing and you are sitting writing in your PJ’s.

Nope, not doing that.

Can’t. Plain talk…it did happen…what am I supposed to do… pretend like I had some sort of brain-you-know-what? You look the other way too often in this business, and you’re journalism career will be one of mostly waiting tables.

Told Britt…”Don’t worry about it dude, let’s see how this rodeo plays out.”

But, in my head, this is what I’m thinking….EXACTLY!

Because, my friend, in fact…failure is the ONLY OPTION.

the next you’re down…”

Dancing in the end zone does not teach you how to score touchdowns.

Getting stopped on the 1-yard line teaches you how to score.

Striking out teaches you how to hit.

Want to be a better free throw shooter, toss a few bricks from the foul line.

You want to succeed, fail.

Failure is the key to success.

Let me see what you got…loser. Pretty boy over there has a limit of 5 biggins.

Loser, you got a sack full of nothin’…you got a limit of air.

Trip is looking at you.

And the scales are laughing at you.

You have a choice; you can scrap all of this and go back to whatever you got that you can go back to.

Or you can be a scrapper.

An old word lost on many…scrappy.

It means this…no give, no quit, no white flags.

It means this…failure is not the end of game.

It means this…success comes to those who fail but who never give up.

If you are scrappy, you don’t believe in luck.

You believe in work.

You believe in sweat.

You believe in yourself.

Every offensive/defensive lineman on the planet…scrappy.

For you real old guys, like me, Bart Starr…scrappy…drafted in the 17th round…in his last season at Alabama, he rarely even played…drafted by the Packers, he was pegged as a backup until 1959 when a new coach was hired, a dude by the name of Vince Lombardi…Starr…scrappy, MVP of 1st two Super Bowls, 4 Pro Bowls, League MVP in 1966, 2nd highest playoff passer rating in history, Hall of Fame 1977.

So here is the bottom line on all of this…Britt Myers had just sat in front of me, a reporter with a notebook and a pen who he saw writing stuff down, just sat here and told me “…failure is not an option.”

And then went out and failed.

Like I said, could have run him up the flagpole, did the story right away, written this guy off quick to the scrap heap.

Or sit back, and watch.

It is my goal on every story to tell you the WHY, give you insight into how these best of the best do what they do.

Suddenly, with nothing brilliant on my part, I had in front of me the petri dish of the sport…

And I knew, if I just held it, you would get your best inside feeling of how the B.A.S.S. world goes round and round.

So, here’s the interview I did with Britt back when the season looked so bright.

Back before the young man learned that failure is the only option…to success.

Some background on Britt Myers…not all of it but the stuff I think is important.

A blue collar dude, through and through. Listen to him:

“I’m not the smartest guy out here, but what I have going for me is a strong, strong work ethic. Success is achieved through hard work and dedication, work at it until however long it takes to get it right.”

At the age of 19…NINETEEN…Britt started a business, decked out car stereos in Gastonia, N.C. …this is how he did it…scrappy.

Not exactly the Warren Buffet approach to starting a new business. And pretty soon afterwards, things business wise were not working out well…then came Burger King…

“I was pulling into Burger King to get something to eat and this guy rear-ended me…the insurance company paid me $2,000 to fix the car but instead I took all of that and put it into my business…let the car be. That accident there; that got me over the hump.”

Now he has a 23,000-square-foot facility, and his shop, Audio Excellence employs 16 full-time employees, and one VERY full-time dude.

“I get into the shop early, work late…I get home from work and from 9-10 p.m. every night I work on my fishing stuff, work on tackle, maps…then at 10 p.m., we (he and his wife Missy) always spend an hour watching television together…together time.”

Brett began his fishing career in 1994, “Fishing is a business that you get out what you put in, but db I thought I was ready, I actually had no idea how unready I was. I had no idea what I was in for.”

“…and you think you’re gonna drown…”

“You are only as good as you perform.”

“Success is competing higher and higher at the highest level.”

Quotes from Britt…quotes I have heard from just about every professional athlete I have ever interviewed.

You tell me you’re ready.

You tell me you may have finally figured this out.

You come in last.

During our interview, when he told me, “failure is not an option,” I just scribbled that down…no annotated notes to myself.

But then he also said this, “You learn from your mistakes; you build on it.”

That quote I circled in my notebook.

The great ones, and those going down the path to greatness have always told me the same thing, and have always added something to the effect that they HATE losing more than they LOVE winning.

I have been in this business more than 30 years now.

Have won some, have lost more.

Still have nightmares, a lot, of being fired.

I remember every moment of sitting somewhere and hearing someone else’s name read as the winner…stood up, shook their hand, said some nice stuff that I didn’t mean, then went into the fancy hotel bathroom, and puked.

So I held the story.

Held it to see if Britt would puke.

See what he would do.

This here, in my opinion, being what they call a “seminal” moment in this young man’s career…you say you have turned it around and then you end up last.

No bigger gut check in this sport.

Then the Elite Series TroKar Quest on Bull Shoals and Britt comes in 2nd place…2nd….up 97 SPOTS.

Comes the season turn, event number 4, the Douglas Lake Challenge…and Britt does it again…comes in 2nd…back to back.

A long time ago, when my son Jimmy was a young high school athlete, he walked onto the Farmington, Conn., High School Boys Volleyball team.

And got his head handed to him.

I knew nothing about volleyball, couldn’t coach him if I wanted to. So one day when he was out somewhere I walked into his bathroom and pasted on his bathroom mirror a saying I had heard once, pasted this for him to read…

I was surprised to see that he didn’t take it down.

The following year, his senior year, Jimmy once again played on the volleyball team…the team won their division and Jimmy was named to the Connecticut All-State Volleyball Team.

Years later, as a Physical Education teacher and volleyball coach, I noticed that when he moved out he left a lot of stuff in his old bedroom…everything from old semi bitten power ranger toys to athletic trophies…

Someday you will look at that 99th place and know it was the real turning point in your career.

You will look at that failure as the first step towards success.

Love the wins that will come your way son.

But hate the losses more.

You told me “I just want to be known for what I do.”

To me, you will always be known as, Scrappy.

And every champion I have ever known,

Every champion I have known has had their butt whipped.

And yet, they still came back.

“A Champion Gets Up Even When They can’t”

“…that’s the way that the world goes ’round.”

“That’s the Way the World Goes Around” 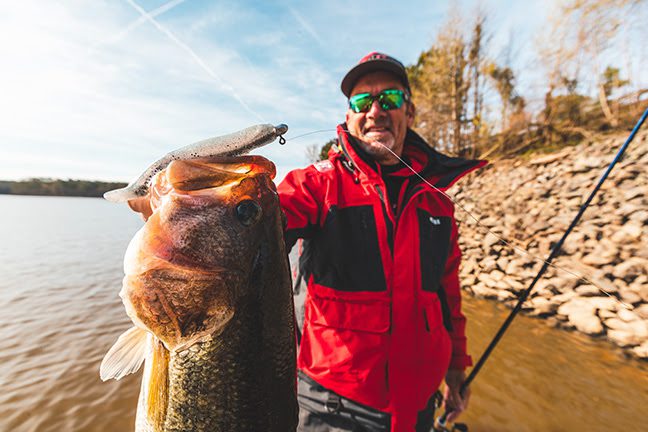 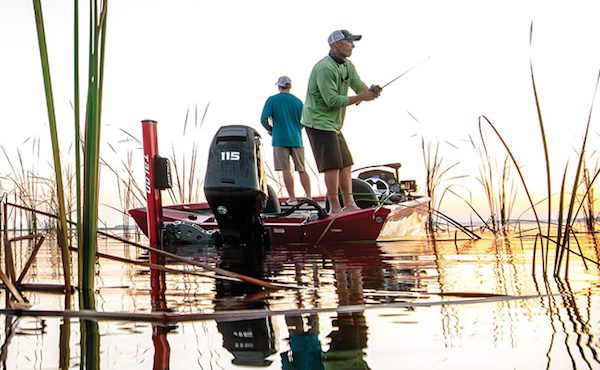 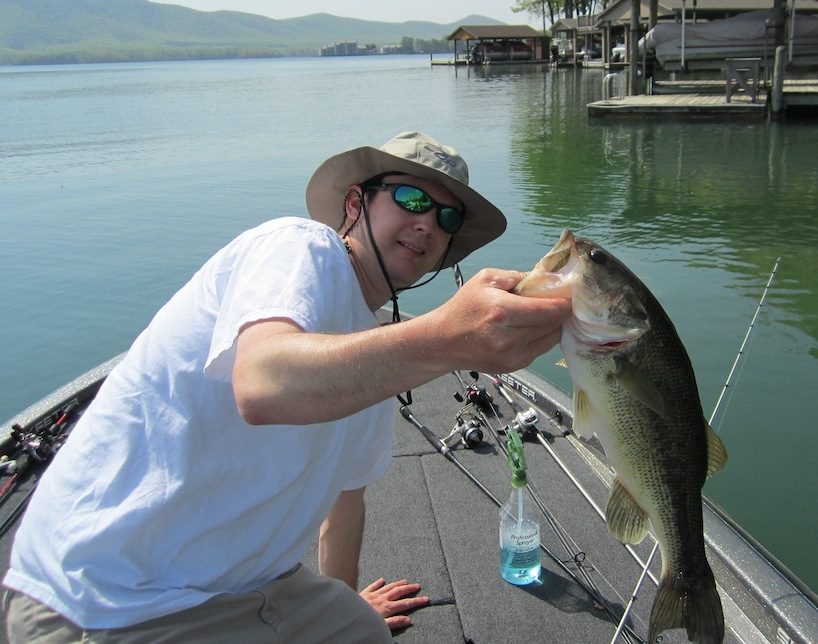 Going Against the Grain – By Will Petty – Story 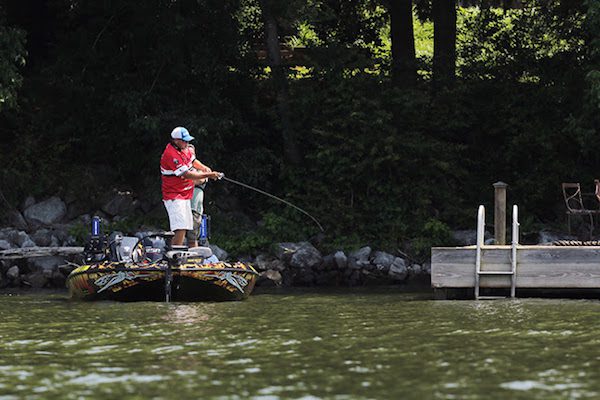