Even Elite pros had to start somewhere – Don Barone – Story 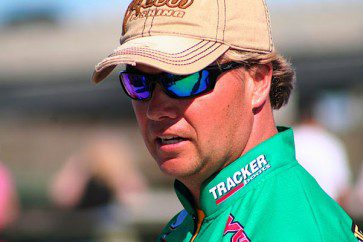 Don Barone
Ever wonder why Timmy Horton is so comfortable on stage? It’s because his first job was as an on-air radio disc jockey when he was just 16 and still in high school.
By Don Barone
Jun 20, 2012

“These are the days now that we must savour…”

I woke up one day, only to find me as old.

I woke up one day, only to find my eyes in a wrinkled face.

I woke up one day, only to find a stranger in my mirror.

I woke up one day, only to find, my endless summer turning to fall.

A couple of days ago, I turned 60…the big 6-OH. Spent the day, spent the weekend before coming here to the Elite event in La Crosse, Wis., spent as much time as possible at home with my family.

Spent as much time as possible, holding on.

Hugged and snuck a kiss onto the cheek of my 23-year-old son…planted it before he knew what was coming.

Told me daughter in Austin on the phone and via text messages how much I loved and missed her.

Walked with my wife of 38 years through a mall, and held her hand.

Holding on, in the autumn of my life,

to the endless summer of the moments that brought me to now.

Now, when I have become my father, and my children, are the young me.

Now, where wrinkles filled in where dimples used to be.

Now, where hair grows in my nose and ears, but not on the top of my head.

Welcome to coming out of turn three of the 2012 Bassmaster Elite Series season.

We are coming into the high banks…the next three events will determine who wins the Toyota Tundra Bassmaster Angler of the Year race, who wins a berth in the 2013 Bassmaster Classic.

All the anglers are focused, deeply focused on now, next, then.

Endless possibilities for the man, in the boat.

Endless Summer…mine was the summer of 1968.

The Delaware YMCA in Buffalo, N.Y., and my very first part time job.

And it was the summer where a child started the path that would lead to the adult, me.

The summer of Mark, Don, Switek, Helman, Mike, BG, and Mr. Manuel. People I don’t talk to much any more, don’t see much, but people who have never for a minute in my life, left me.

These are the people who started my turn from a punk, to a person. Who showed me respect, when I offered none. Who brought me to music, every song I listen to today I can still hear the scratches and the pops of the vinyl played in the Delaware YMCA.

Mr. Manuel, a towering, soft-spoken black man who didn’t bother to talk to me about Equality, but who just quietly SHOWED me what equality means.

I never think of dignity without seeing Mr. Manuel’s face.

And then the guys…guys of peace, not battle, guys who talked of a future bright, instead of the darkness from where I stood.

And the reason, for me, why my Endless Summer was the one of 1968…is because it was in that summer where I was shown that we are put on this planet, to care for each other.

I learned that because my job was to be a lifeguard, and I could barely swim.

I learned that because my job was to be a camp counselor, and I didn’t like kids.

I learned, about, me.

“…these are the days that will last forever…”

To know of where the man in the boat is going, you have to know where it is he has come from.

And it is his past, which is his fuel.

These Elite weren’t born as the best in the world, they were born, as the rest of the world.

I asked him if he did it wearing a hat and knickers…and ducked. “Nope, but used to ride the bike even in the winter, people had to get their paper, no matter what.”

Wonder where his determination comes from…look no further than a newspaper route in Seward, Neb.

Timmy Horton, an on-again, off-again roommate with me and Shaw Grigsby and Paul Elias…first job…AM920 in Russellville, Ala., “My mother ran the station, so I got the 6 a.m. morning gig, I played Country Music and tried to have a radio voice.”

You wonder why he is so good on camera, on stage, comfortable with a microphone, it’s because his first job was as a Radio Disc Jockey…he was 16, and still in high school…and on air.

You wonder about Gerald Swindle…and trust me, I do, love him but I wonder, his first job, “I was a peanut picker.”

I don’t have a follow up question because I don’t even know what a Peanut Picker is, or does.

“After the peanut harvest, I would sit in the bottom of the barn and take the peanut plants that were brought in and pick the peanuts off of them one peanut at a time…and db…I worked for my father who paid me peanuts.”

Again, I have no follow-up since I have no idea where peanuts really come from…plants…peanut shrubs or peanut trees…you got me, I just know they come from the snack aisle in Piggly Wiggly.

Basically speechless at this point.

“I would go into the large chicken coops and chase and catch chickens, 100s of chickens a night.”

“But I ain’t getting paid peanuts no more.”

“Did you want to be a chicken coop cleaner?”

Keith just looks at me.

I had a job once, a “had to” job, I sat on an assembly line eight hours a day, and put shoe laces into shoes.

I was a shoe lacer guy.

And with every lace of every shoe, came a dream, to do what ever it takes to not lace shoes.

“Used to raise them to be biological pest control, raised 40 pounds a day, about 40,000 maggots to a pound…something like 1.6 million maggots a day.”

I didn’t write much of this down, stunned like I was, but it has something to do with a tiny wasp that stings the maggot while placing a soon to be baby wasp inside the maggot, which then hatches and looks for other maggots to sting and kill. They would sell the maggots with the lurking wasp missiles inside to farms to help them get rid of all the flies around, because dead maggots lead to no flies, and no flies/maggots lead to dead tiny wasp things.

“Perfect non-chemical way to get rid of flies.”

Perfect except for the maggot part.

For the past several tournaments I have roomed with Shaw and Paul Elias.

Paul Ga-lias, as we call him, told us that he once lived in a commune in Michigan, so nothing much surprise us when he says things, but once again, yesterday, he got us.

“Christmas trees, I sell them in Laurel, Miss., my hometown.”

This blurb from Paul came about because as we were driving around La Crosse, Wis., Paul kept mentioning how nice the trees looked.

“db, did you see the shape of that Blue Spruce?”

Which is why this Bassmaster Classic winner sees the trees, in the forest around him.

From chicken coops to newspaper routes, from picking peanuts to growing maggots, from knowing the names of trees, comes the Elites.

We bring the dust of chicken coops, to every take-off.

We bring our almost radio voice, to every stage.

We deliver, no matter what.

Through all the season of our lives, we bring, our Endless Summer.

The time in our life, when we became who we are.

To know where the man in the boat is going,

is to know where it is he has come from.

And what it is, that he brings with him.

These Are The Days 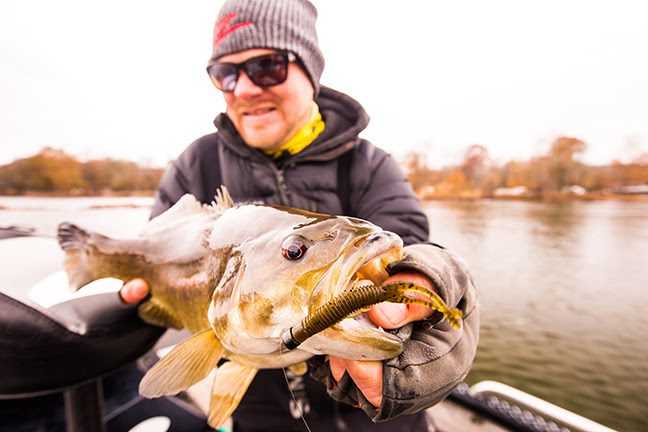 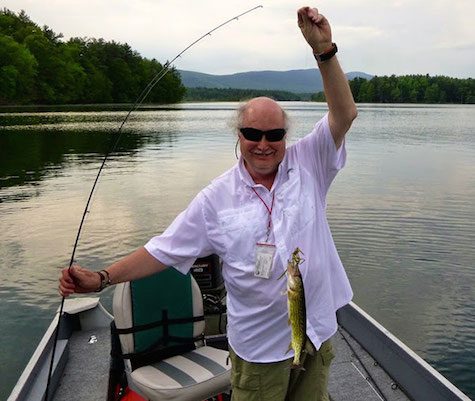 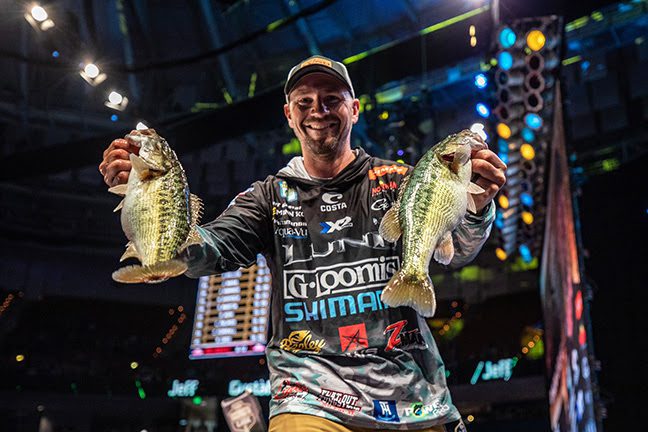 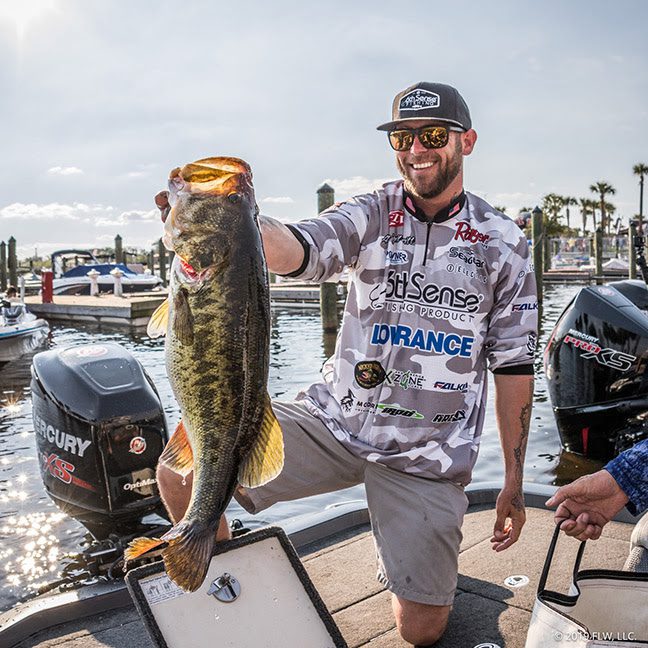