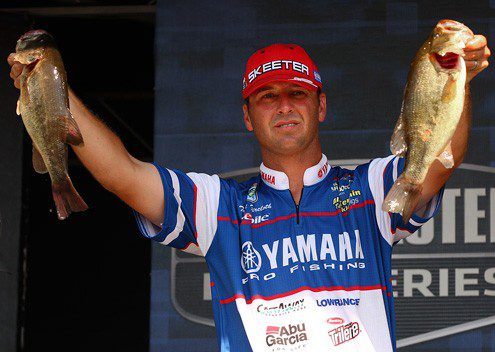 LA CROSSE, Wis. — Time was running out. About 15 minutes to go before he had to call it a day, Todd Faircloth hooked into a solid 3-pounder. And even though he had led for two days, only then did he feel that maybe, just maybe, he had nailed the Mississippi River Rumble.  Photos | Video | Leaderboard

Faircloth was right. He closed on his third Bassmaster Elite Series win Sunday by 1 pound, 4 ounces. It was a big margin compared to every other day of the Rumble, when only ounces separated leaders from the pack, and each place from another.

Faircloth’s 62-pound, 4-ounce total was enough to finish ahead of Cliff Pace of Petal, Miss., who had 61-0.

Pace ended with his second consecutive runner-up spot of the month. For Faircloth of Jasper, Texas, the win was his first since 2008.

““I feel like a brick’s off my shoulder now,” he said. “It was a pretty nerve-racking day.”

His prize was $100,000 and an instant qualification for the 2013 Bassmaster Classic on Grand Lake out of Tulsa, Okla.

The money, he said, “definitely means a lot.” The Classic berth also, but in a different way.

He likely would have qualified for the Classic through the Toyota Tundra Bassmaster Angler of the Year points race at the end of the season — he was sixth in points going into the La Crosse event — but he still smiled wide when he was reminded he’d bagged his 11th Classic trip by winning an Elite event. Yet he’s got something else on his mind.

Sunday’s win boosted Faircloth from sixth to second in the AOY race, 18 points behind Brent Chapman of Lake Quivira, Kan., who held his previous lead.

Faircloth said he had 12 pounds in his livewell early on Sunday, the final of four days of competition. Then he went to his second area and upgraded several times to 13 to 14 pounds.

“And then I really struggled the rest of the day,” he said. “I felt like the flipping bite would have turned on when the sun got up, but I couldn’t get anything going. I couldn’t catch them on topwaters, and I flipped and flipped and couldn’t get bit.”

Then he made a decision. He moved. Thirty minutes before he had to start the run back to the dock, he went to what had been one of his best spots. He flipped out a Yamamoto creature bait and brought back a 3 1/2-pounder.

“That’s probably what won the tournament for me,” he said.

Faircloth said he’d never before competed in the Rumble’s section of the Mississippi, Pools 7 through 9. But the first day of practice showed him the potential of the grassy flats of Pool 8.

Early in the morning, he keyed on a shallow spot on the point of an island. There was a hole in the grass and a cut through the grass. He eased his bait through the cut, quietly, with a frog, All-Terrain swim jig in green pumpkin, or Yamamoto D Shad, a fluke-shaped plastic.

“One of the biggest things about that spot was there was current coming through it,” he said. “That was a key.”

A variety of grasses with duckweed on top — the anglers call it “slop” — on a hard bottom was another key, he added. If he missed a strike on top, he’d punch through the weeds and manage to catch the fish that way.

He also had a deeper spot of 3 to 5 feet on a flat with a few key areas that held largemouths. There he worked a shad walking bait he’d modified with frog hooks to reduce the amount of vegetation that would cling to his bait.

“I made good decisions on where to start and where to finish the day,” he said.

Pace finished in second after hanging at sixth place for two days. He threw the dice Sunday by locking through to a spot he hadn’t been to since practice. He stayed for two hours, got two fish, then gave up on it. Back in Pool 8 where he’d been all week, he went back to the working current breaks along the main river. He culled the first two to amass 16-1, the day’s largest bag of 16-1.

“I took every risk I could take to win this deal,” Pace said, who had taken second on Toledo Bend on June 10 to Brent Chapman.

“I could have won either one, and eventually I will. All of us go into each one to win. Sometimes you finish 90th. Second’s a whole lot better.”

Terry Butcher of Talala, Okla., after hovering in the Top 6 all week, finished third with 60-11. Fourth was rookie Jamie Horton of Centreville, Ala., with 59-11. Aaron Martens of Leeds, Ala., in second place going into the final day, finished fifth with 58-1.

* Carhartt Big Bass of the tournament, which paid $750, plus another $750 if the angler was wearing Carhartt clothing: A split between Terry Butcher and winner Faircloth, who both weighed a 5-3 on Day 2.

* Power-Pole Captain’s Cash of $1,000 if the winner has Power-Poles installed on his boat: Faircloth

* Toyota $1,000 bonus to the leader in the Toyota Tundra Bassmaster Angler of the Year points race: Brent Chapman with 494 points, 18 points in front of Faircloth with 476

* Luck “E” Strike Comeback Award of $500 to the most-improved pro in the Toyota Tundra Bassmaster Angler of the Year points race: Steve Kennedy of Auburn, Ala., from 58th place to 41st place

Next up for the Bassmaster Elite Series is the second half of a Wisconsin double-header: the June 28-July 1 Green Bay Challenge out of the city of Green Bay. 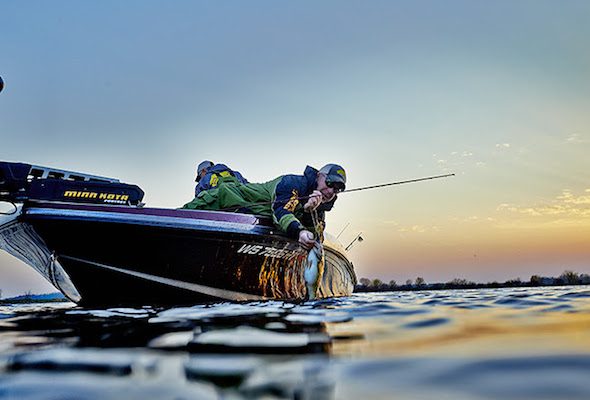 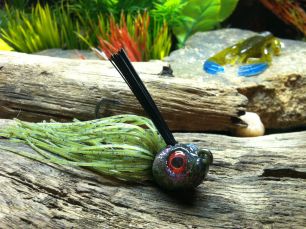