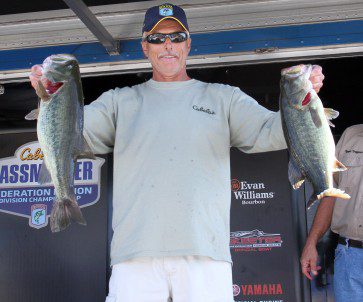 NORTHEAST, Md. — The individual competition was fairly close as the weigh-in moved along in the 2012 Cabela’s Bassmaster Federation Nation Mid-Atlantic Divisional this afternoon. A dozen anglers were in the 12-, 13- and 14-pound range with Kevin Waterman from Maryland claiming first place with 15 pounds, 14 ounces of dark green bass. And then Robby Fleshman from West Virginia stepped up to the scales.

The size of his stringer caught the crowd by surprise. At first there was a stunned silence, then cheers and clapping. His five-fish limit tipped the scales at 21 pounds, 5 ounces. That put him 5 pounds, 7 ounces out in front.   Standings | Photos

“I fished weeds and wood,” said the Mountain State angler immediately after carrying his fish to the release boat. “I was shallow — in the 4- to 5-foot range — and moved around a lot with a moving bait. I don’t want to say any more than that right now. I’ll tell you more on Friday afternoon.”

Asked if he had enough fish left for tomorrow and Friday, Fleshman replied that he was confident his fish would hold up as far as numbers are concerned but he didn’t know about the weather affecting his bite. He was clearly worried that warming temperatures and clearing skies would not be kind to him. 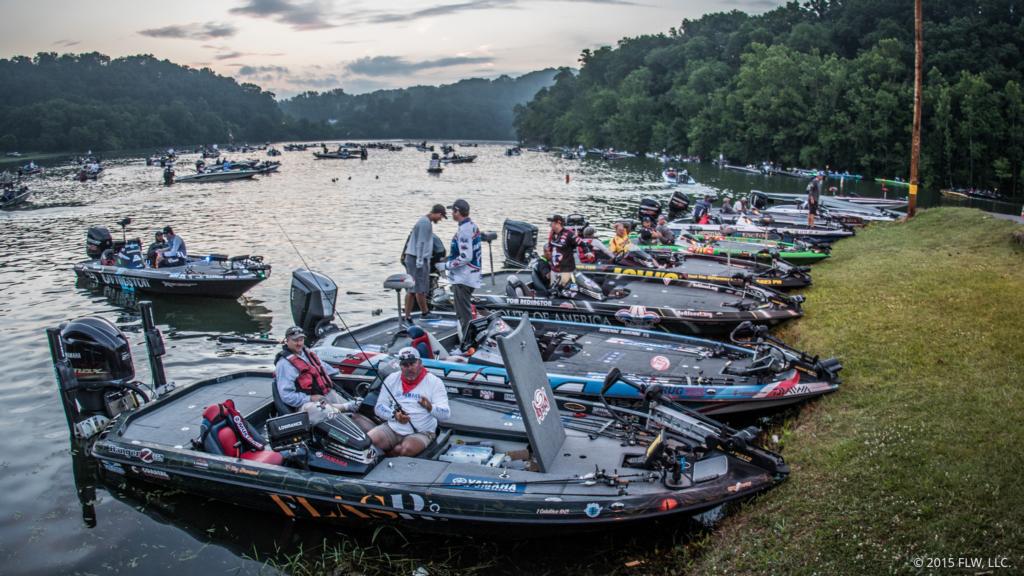 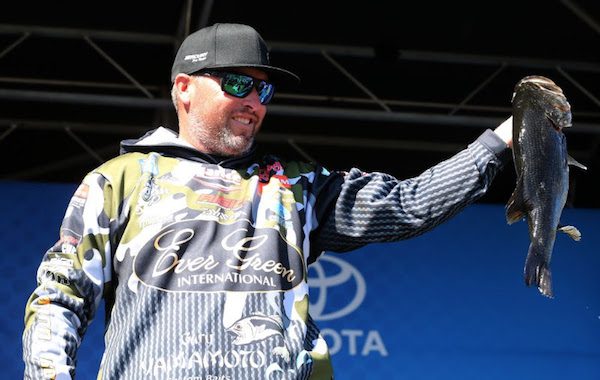