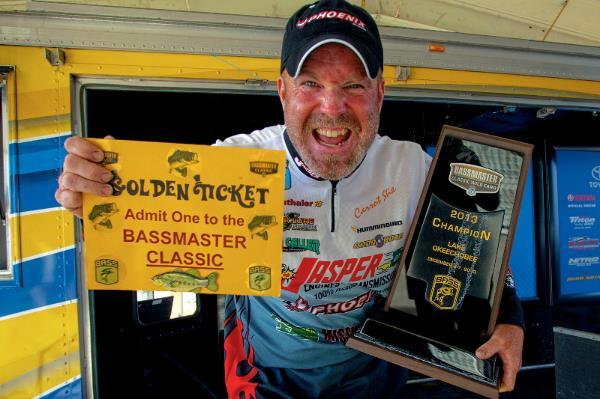 Okeechobee, Fla. — Chad Morgenthaler of Coulterville, Ill., is the 56th and last angler to qualify for the 2014 Bassmaster Classic on Alabama’s Lake Guntersville, Feb. 21-23. He entered the final round of the Bassmaster Classic Wild Card presented by Star Tron trailing Alabama’s Shaye Baker by almost six pounds. Baker led the tournament for each of the first two days, but faltered in the finals.

That’s when Morgenthaler stepped up. His five bass limit weighing 20 pounds, 12 ounces gave him 63-13 for the tournament. It was enough to surpass Baker, who slipped to third with 59-8. Jesse Tacoronte was second with 59-11 and Russ Lane was fourth with 59-2.

For the victory, Morgenthaler earns a coveted berth in the 2014 Classic, the world championship of bass fishing. It also completes a season in which he achieved every professional goal he set for himself.

“I wanted to qualify for the Bassmaster Elite Series, so I signed up for all the Bassmaster Opens,” Morgenthaler said. “I got an invitation through my seventh place finish in the Southern Opens, and I’m really looking forward to competing in 2014.”

His other goal was to qualify for the Bassmaster Classic, a tournament he’s fished before. Morgenthaler also fished the championship in 2003, 2005 and 2006. While he didn’t make it by winning an Open this year, the Wild Card gave him one last chance.

“The key for me was that most guys were abandoning the vegetation that had been sprayed and was dying,” Morgenthaler said. “I stuck with it a little longer and found out that the fish I found in practice were still there. Catching them wasn’t easy, but they were there.”

With the win — his first on the Bassmaster Tournament Trail — Morgenthaler bested a field of 48 other anglers including 18 Elite Series pros, a former Classic champ (Boyd Duckett) and nine-time Toyota Bassmaster Angler of the Year Roland Martin.

Tacoronte was working a similar pattern and method. Known as one of Florida’s best at fishing heavy vegetation, he focused on any pennywort he found on matted hydrilla.

“Even if there were just five little pennywort plants on top, I’d pitch in there and often catch a good bass,” Tacoronte said. The Florida pro used a Bitter’s BMG (black and blue) behind a 2-ounce tungsten weight and rigged on a 4/0 or 5/0 Strike King Hack Attack Heavy Cover Flipping Hook. He fished it on a 7-foot, 11-inch Halo Twilight Series Casting Rod and a Lew’s Super Duty reel spooled with 65-pound-test PowerPro braid.

After leading for the first two days, Baker was naturally disappointed with the loss. Like the other leaders, he was pitching and punching heavy vegetation. He believes increasing fishing pressure ultimately hurt his primary area and caused his declining catches. On the first day he posted the biggest catch of the tournament at 29-8. On Day 2 he slipped to 19-6 and in the finals he had 12-10, but a culling penalty cost him two pounds, so that his official tally was 10-10.

While the penalty did not cost Baker the tournament, it did drop him into third place.

He was contemplative in defeat, noting that the biggest issue in his life this week was doing well in the tournament, “and if that’s your biggest worry, then things aren’t so bad.” On stage, he thanked his parents and girlfriend for traveling from Alabama to watch the final weigh-in. 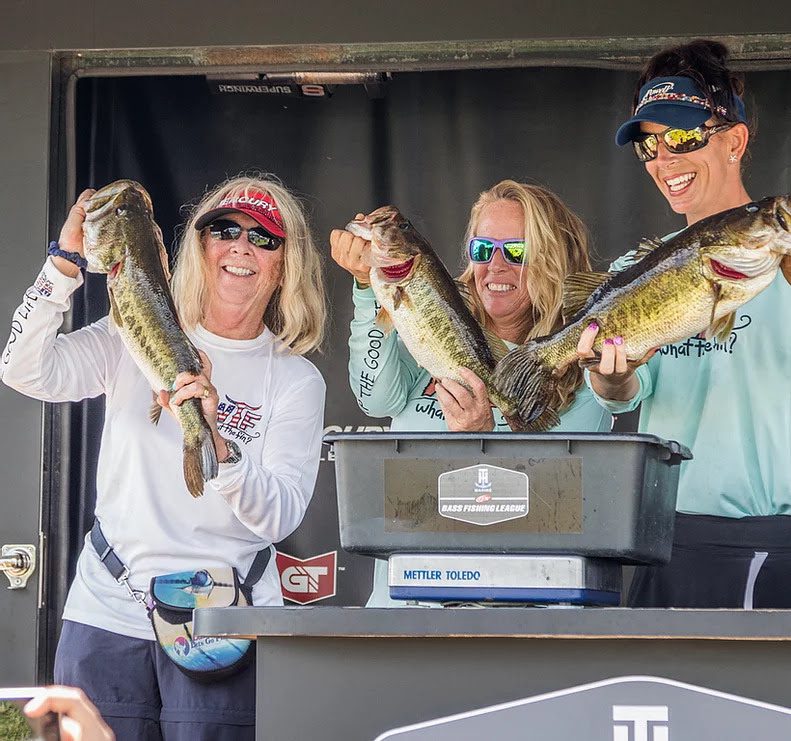 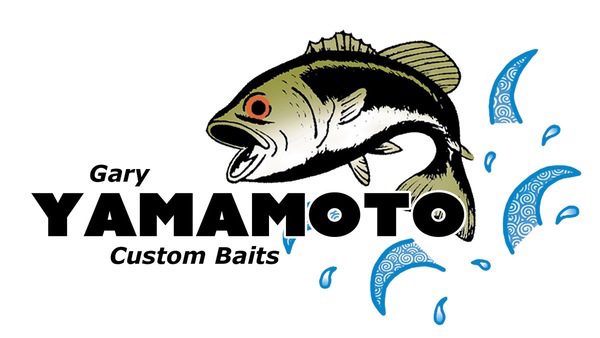 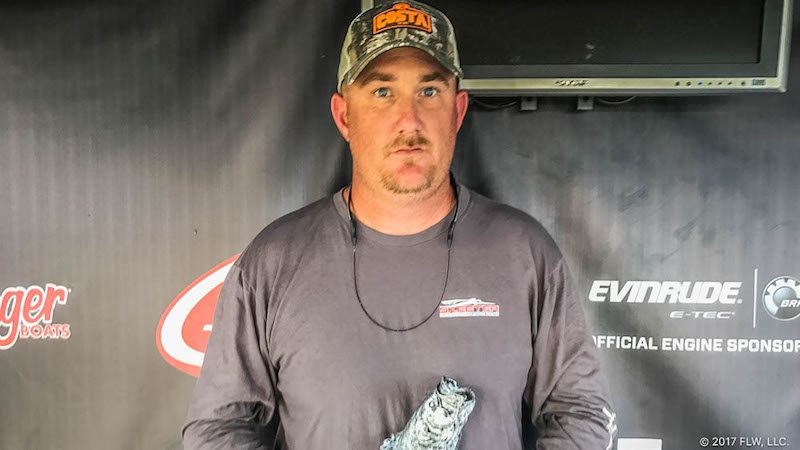 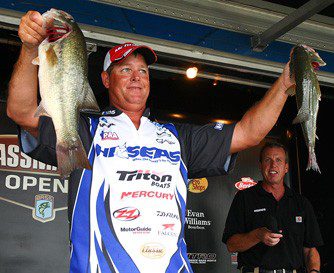