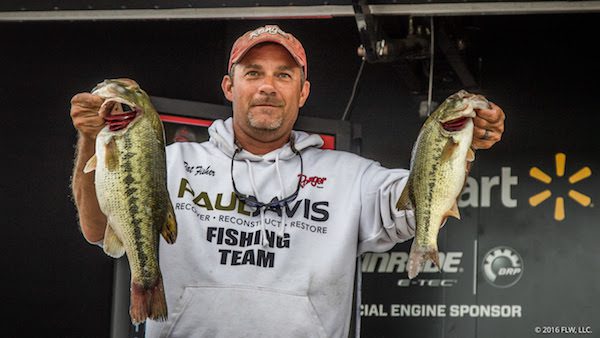 BRANSON, Mo. (Nov. 3, 2016) – Pat Fisher of Colbert, Georgia, brought a five-bass limit to the scale Thursday weighing 15 pounds, 3 ounces to grab the lead after day one of the Costa FLW Series Championship on Table Rock Lake. Fisher now holds a slim 6-ounce lead heading in to day two of the three-day event, hosted by ExploreBranson.com, that features 192 anglers from across the globe casting for a top cash award of $95,000, including a new Ranger Z518C boat with a 200-horsepower Evinrude outboard, and an automatic qualification to the 2017 Forrest Wood Cup, the world championship of bass fishing.

“Today was a surprise. A very good surprise,” said Fisher, a former FLW Tour pro who has three career Forrest Wood Cup appearances. “I made a long run, a lot of fish got beat up in there in practice, up where I was. But, I was the only one in there today, and I just stuck with it.”

“That big fish was my third fish,” says Fisher. “There was a little stretch there when they were feeding, and that really set the tone for the day. I haven’t seen a fish that big all week.”

Well away from the ramp and way in the back of a creek, Fisher adapted perfectly to the calm and overcast conditions that loomed over the field all morning.

“I’d been catching them on a shaky-head rig in the bright sun and the clear water,” said Fisher. “But, this morning with the overcast they came up and ate topwater baits. I had a pretty consistent day, just catching them all day long on a topwater. When I wanted to catch one, I picked up the shaky-head, but they weren’t the size I was looking for.”

Though the area he’s fishing isn’t huge, Fisher seems fairly confident that it has enough fish for at least another day. He doesn’t think he leaned on them too hard, and he says that he only saw one other boat back in that general area today.

The top 10 boaters after Day One on Table Rock Lake are:

The Costa FLW Series consists of five U.S. divisions – Central, Northern, Southeastern, Southwestern and Western – along with an International division that features anglers from Canada, China, Mexico, South Africa and South Korea. The highest finishing pro from each U.S. division and the new International division based on their finish qualify for the 2017 Forrest Wood Cup, along with the overall top five finishers not already selected as the highest finisher of a division. A total of 11 FLW Series boaters will advance to the 2017 Forrest Wood Cup at Lake Murray in Columbia, South Carolina.

The top 10 co-anglers after day one on Table Rock Lake are:

Co-anglers are casting this week for a top award of a Ranger Z175 boat with a 90-horsepower Evinrude outboard and $5,000 if Ranger Cup guidelines are met.

Anglers will take off from the Table Rock State Park Marina, located at 380 State Park Marina Road in Branson, at 7 a.m. CDT each day. Weigh-in on Friday will be held at the marina beginning at 3 p.m. Saturday’s final weigh-in will take place at the Branson Landing located at 100 Branson Landing in Branson, at 4 p.m. Takeoffs and weigh-ins are free and open to the public.

In Costa FLW Series regular-season competition, each division competes in three tournaments, with competitors vying for valuable points to earn their way into the top 40 and the opportunity to fish in the Costa FLW Series Championship. 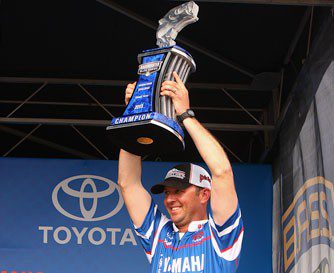 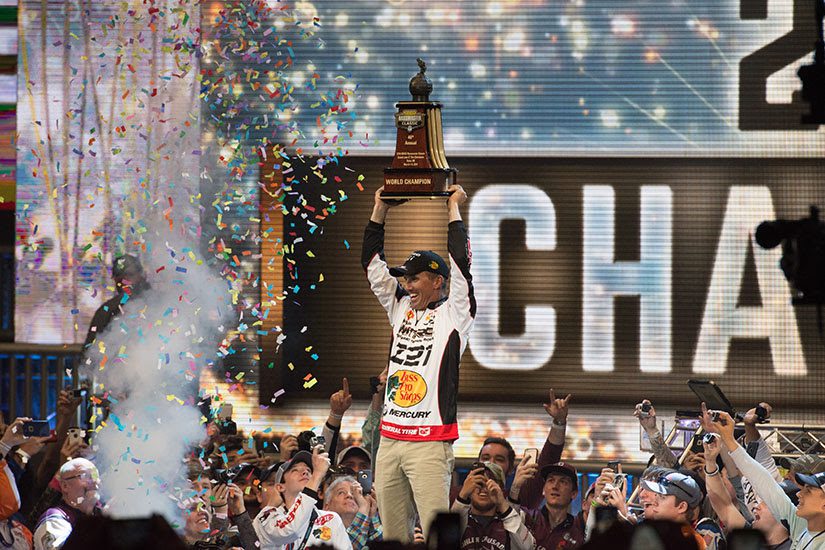 The Larger The City, The Longer The Streak – Bassmaster 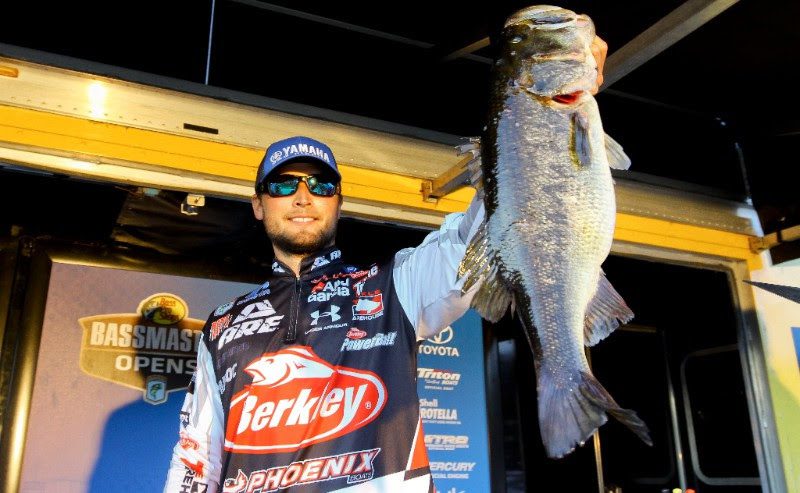