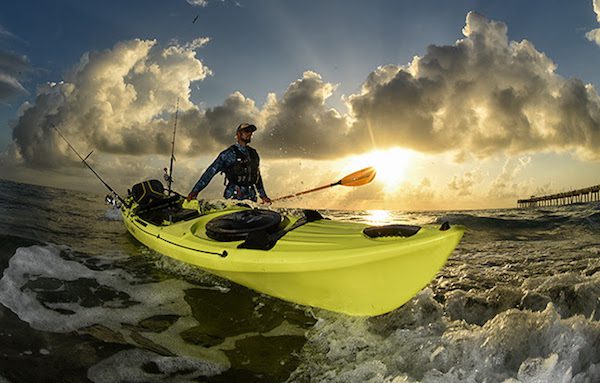 Old Town, ME (November 17, 2016) – Ocean Kayak, makers of the original sit-on-top fishing kayak, is proud to introduce an entirely revamped Trident Series, already the choice of serious saltwater anglers around the globe.

Shown for the first time in July 2016 at the sportfishing industry’s largest tradeshow, ICAST 2016, and the Outdoor Retailer Show in early August, media and buyer enthusiasm was electric. All new Trident models began shipping November 1, 2016. “Our goal with the Ocean Kayak Trident revamp was to make the best even better,” said David Hadden, Brand Director – Watercraft, Johnson Outdoors. “Ocean Kayak has been a leader since the beginning and it’s our mission to keep providing anglers and boaters the features they request…and then some. The hull is still the same legendary Trident hull, but we’ve added numerous deck features that provide a better on-water experience from bow to stern.”

Changes to the fast, smooth and efficiently-paddled Trident 11, 13 and 15 include the addition of the Active Comfort System 2.0 (ACS2) for all-day comfort, redesigned “Mod Pod” for gear management, gunnel accessory tracks, generous hatch storage, and a handy, quick-stow paddle holder.

The ACS2 backrest height adjusts up and down for the ultimate in lumbar support and to accommodate various PFD styles—and improved thigh support without changing kayaker center of gravity. Seat height adjustments off the deck surface are made quickly and efficiently via easy-to-use, grooved tracks. A total of seven flush aluminum track mounts allow quick rigging of accessories like rod holders, electronics, and POV camera mounts. There is one track mount toward the bow, two mid-ship, two toward the stern, and two built-in the Mod Pod. Mounting plates on both the Mod Pod and boat allow easy rigging of fishfinders and tidy transducer/power cable routing. Additionally, the behind-seat tankwell has been redesigned to allow flush mounting of Ocean Kayak’s new Ice Box, a specially-designed cooler that fits both Ocean Kayak Trident and Old Town Predator Series kayaks, allowing convenient behind-seat storage of fish on ice or simple conversion to livewell with the addition of an aerator. The Ice Box retails for $249.99.

The Trident 15 is built for big adventure, stability and confident paddling in high seas.

The ideal size for inshore and inland angling, with Trident’s legendary paddling ease.

The most compact kayak in the Trident fleet, for convenience and paddling agility. 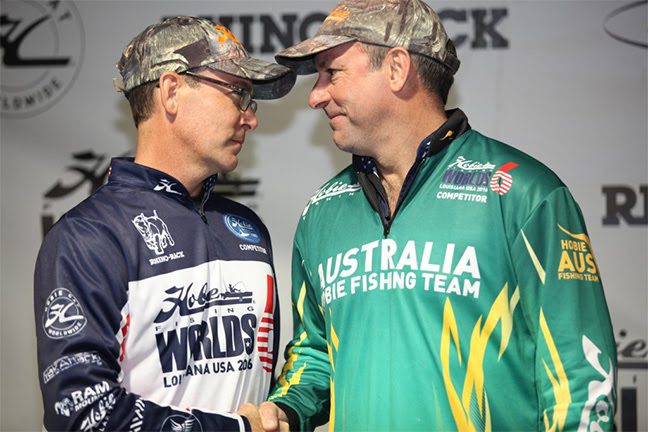 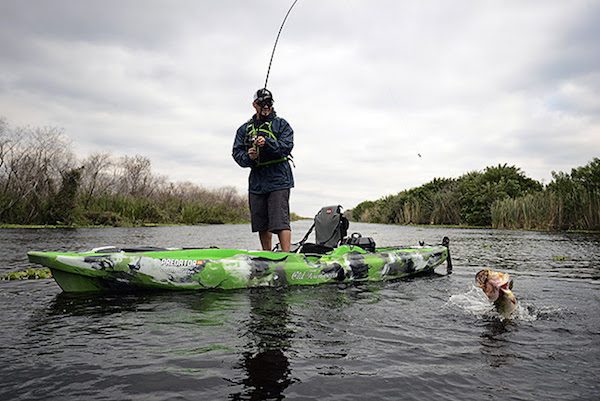 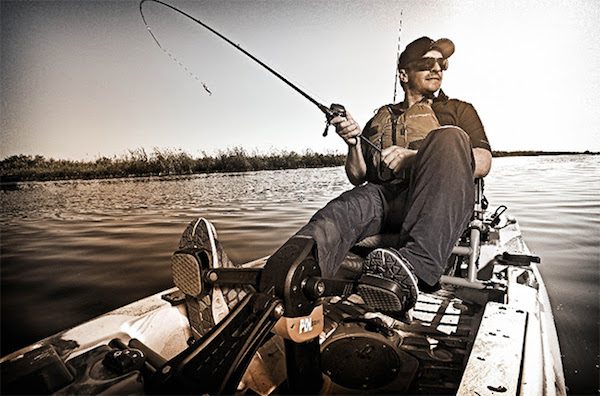