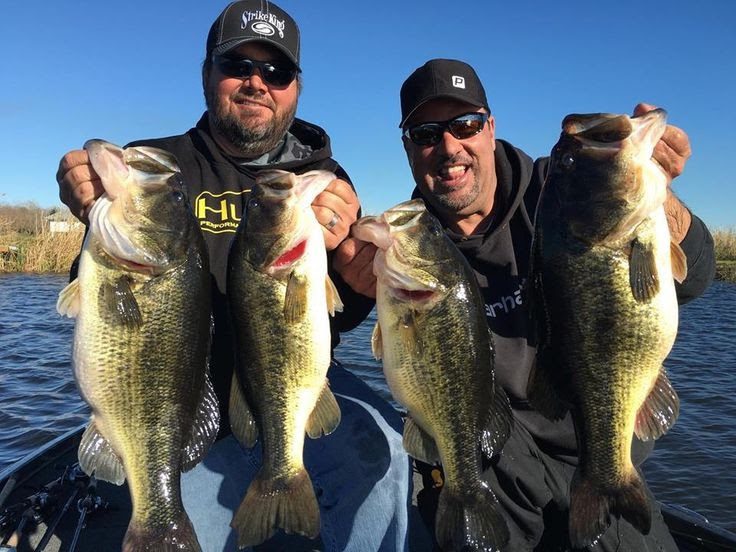 The new “Zona Live” with Mark Zona (right) will debut on Tuesday, March 14, airing from 8 a.m. to noon on Bassmaster.com. Each show will have a special guest, and the first guest will be 2014 Angler of the Year, Greg Hackney.

BIRMINGHAM, Ala. — Mix the technology of Bassmaster LIVE with the zaniness of Mark Zona and you get the latest Bassmaster.com offering — “Zona Live.”

The latest live offering on Bassmaster.com will be Zona plying a body of water with a special guest. The first of four planned live shows this year will air from 8 a.m. to noon CT on Tuesday, March 14. Greg Hackney, the 2014 Toyota Bassmaster Angler of the Year, will be Zona’s first guest on a lake in southern Louisiana.

“I’m excited about Zona Live as much as any project I’ve ever worked on,” said Zona, who’s served as a Bassmaster TV analyst for 12 years, as well as hosting Zona’s Awesome Fishing Show. “I’m the type of viewer who wants to see it all unscripted — the good, bad and the ugly. I’m sure we’ll have a lot of those highs and lows because that’s what fishing is.

“Although we will have scouted the lake, what you see — whether we catch ’em or not — will be happening in real-time.”

Mike McKinnis, vice president of media content for JM Associates and producer of The Bassmasters, said plans for Zona Live have been in the works since around the time B.A.S.S. began its live programming at the 2015 Classic.

The innovative program, pioneered in the realm of competitive fishing by JM Outdoors and B.A.S.S., employ the same high definition cameras that capture on-the-water action for The Bassmasters show on ESPN2, to stream video online through Bassmaster.com.

“We’ve kind of perfected the live show, so why not take one of our biggest stars in the sport, pair him with one of the biggest Elite anglers in the sport and watch what they do live?” McKinnis said. “With a TV show, you get to watch 22 minutes — with Zona Live, you’re getting four hours of content and have feedback with both people on camera.”

Zona hopes to turn the final 10 minutes of each hour into a fast-moving, question-and-answer period. He wants viewers to ask anything, from what size hooks the anglers are using to “why puppy dogs smell so good.”

Prizes will be awarded for the best questions submitted, and Zona will act as judge.

“I want our viewers to feel comfortable asking anything to me or our guest … no matter how off-the-wall it is.”

Zona fans and other viewers can join the conversation and pose questions at #ZonaLive on Facebook, Twitter and Instagram. This hashtag will be monitored to bring the best posts onto the show.