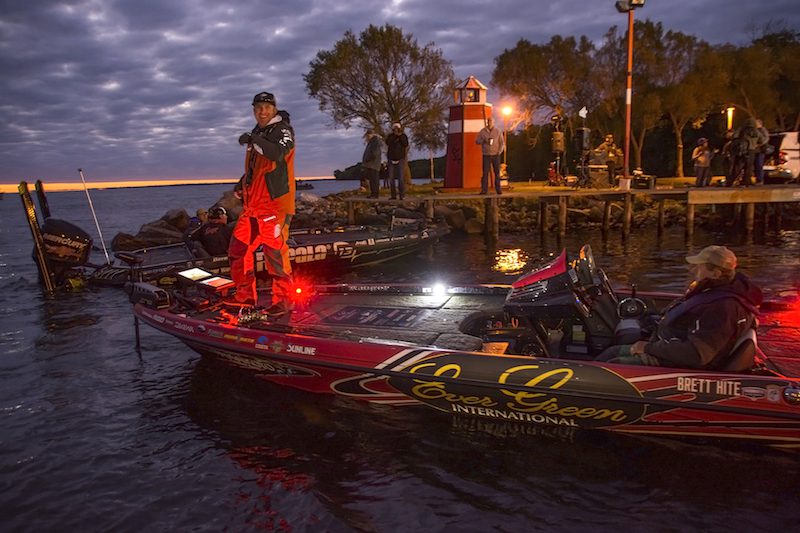 Brett Hite weighs in on fishing diversity, breaking down new water, and the bladed jig.

Take a quick glance at the roster of anglers fishing the 2017 Bassmaster Classic, and you’ll be struck by the geography. Of the 52 anglers preparing to compete on Lake Conroe, Texas, March 24-26, 11 currently reside in the West, and three others (including Simms pro, Aaron Martens grew up in California.

The influx of successful anglers from the Pacific Time Zone into heavily Southern waters has been a noticeable game-changer on the Bassmaster Elite Series, and on the Classic. None more so than Arizona based Simms Pro, Brett Hite.

Hite won the very first Elite event he competed in (Lake Seminole, Georgia in 2014), and has rang up an astounding 11 top 10 finishes in the 33 tour-level events he’s fished since qualifying that year.

We caught up with Hite while preparing for Classic week. Here’s what he had to say: