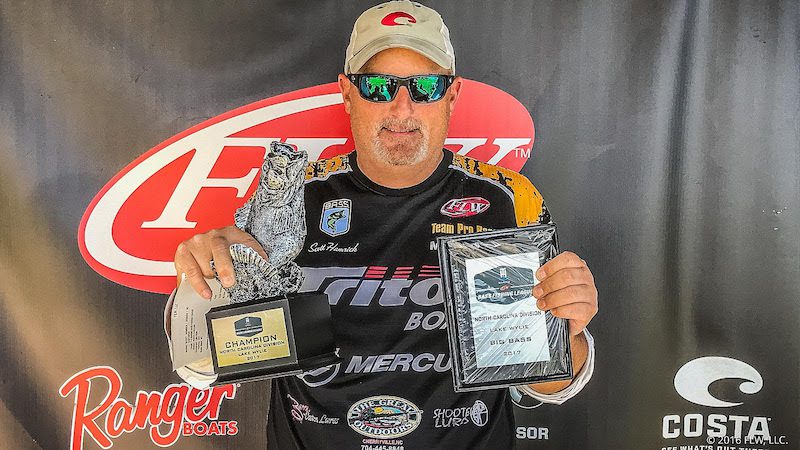 “I targeted suspended fish under docks from all the way up the river to down near the dam,” said Hamrick, who earned his third career-victory in BFL competition. “I used a Shooter Lures Jig with a Zoom Super Chunk trailer to catch everything I weighed in.

“The fish were coming off of the beds and suspending under docks to feed on crappie,” continued Hamrick. “Most people target those bass when the shad are spawning, but that won’t happen for a week or two. The rest of the field was fishing in pockets and going after bedding fish, but I ended up doing something different.”

Hamrick said he put 25 to 30 keepers in the boat throughout the event.

“The bite was strongest in the morning, but I caught them all day,” said Hamrick. “I didn’t do anything too fancy with the jig. If they were in there under those docks, they would eat it.”

Hamrick also caught a bass weighing 5 pounds, 2 ounces – the largest of the event in the boater division – which earned him the day’s Boater Big Bass award of $515.

Louis Kraft of Salisbury, North Carolina, weighed in four bass totaling 12 pounds even Saturday to win the Co-angler division and the top prize of $2,140.

Lynch weighed the biggest bass in the Co-angler Division, a fish weighing 6 pounds, 7 ounces. The catch earned him the day’s Co-angler Big Bass award of $257.