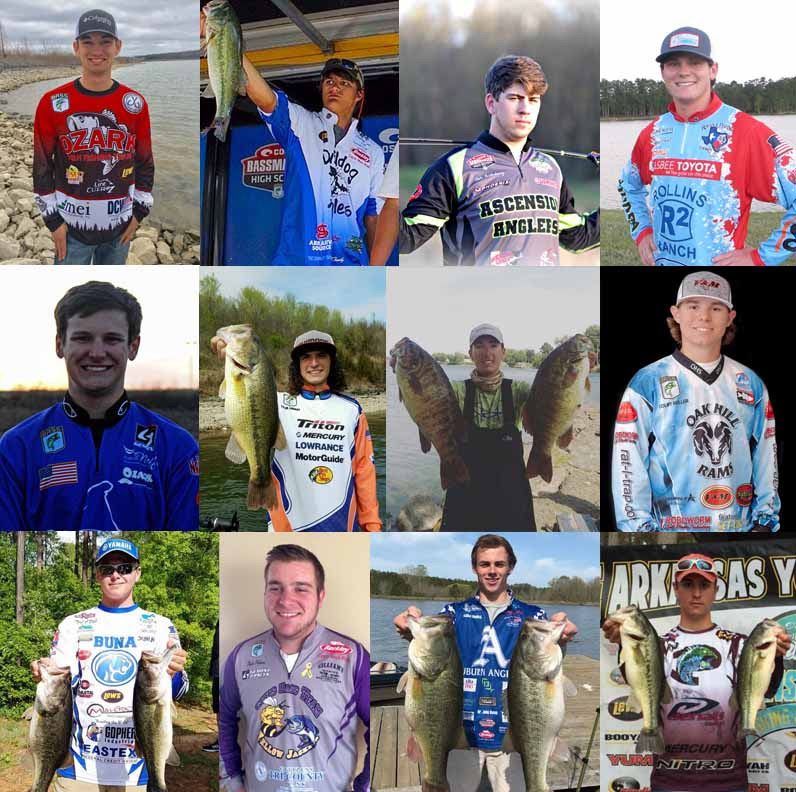 Twelve standout high school anglers from across the country have been selected as members of the exclusive 2017​ Bassmaster High School All-American Fishing Team presented by DICK’S Sporting Goods​. The team will be invited to participate in a special tournament held in conjunction with the Toyota Bassmaster Texas Fest benefiting the Texas Parks and Wildlife Department on Sam Rayburn Reservoir this May​.

BIRMINGHAM, Ala. — For the third consecutive year, 12 standout high school anglers have been selected as members of the exclusive Bassmaster High School All-American Fishing Team presented by DICK’S Sporting Goods.

“We are proud to welcome an exceptional group of anglers to our 2017 class of High School All-Americans,” said Bruce Akin, B.A.S.S. CEO. “Each year we see competitive applications from across the country and every angler is so impressive. This class is made up of exceptional young fishermen who also excel in academics, conservation initiatives and community service.”

More than 380 applications from students grades 10-12 were submitted from 40 states across the nation. Of these, 69 were chosen as Bassmaster All-State anglers. After reviewing tournament résumés, community service activities and recommendations from coaches and school officials, a panel of judges further narrowed the field to the Top 12 high school anglers in the country.

The team has been invited to participate in a special Bassmaster High School All-American Bass Tournament being held in conjunction with the 2017 Toyota Bassmaster Texas Fest benefiting the Texas Parks and Wildlife Department event, a fan-favorite festival that will be held May 17-21 on Sam Rayburn Reservoir out of Lufkin, Texas. Each All-American angler will be paired with an Elite Series pro for the one-day derby to be held on a nearby fishery.

Congratulations to the following student athletes for being named to the 2017 Bassmaster High School All-American Fishing Team. Following are short biographies of the 2017 Team members, listed alphabetically. (Judges only considered tournament records for the past 12 months.)

Dalton Combs, Ozark, Mo.
A junior at Ozark High School, Combs has earned seven Top 20 finishes, including a win in a Southwest Missouri High School Fishing Association event on Table Rock Lake. Combs fishes events with his sister, Keeley, and the team had the highest points and total weight caught over three qualifying events with more than 170 other teams.

“Dalton has placed in nearly every tournament that he has participated in, and he and his partner were crowned the very first Missouri State champions in the Missouri Teen Angler Tournament Series,” wrote Jeremy Sisco, Ozark High School fishing coach.

In addition to his tournament success, Combs helps with the Fishing for Dreams organization, which gives children with disabilities an opportunity to get out on the water. Combs believes in keeping the lake environment as clean as possible. He has organized shoreline trash pickups on Table Rock Lake, as well as taught other anglers about the importance of maintaining a clean, zebra mussel-free boat.

Oakley Connor, Travelers Rest, S.C.
Connor, a senior at Travelers Rest High School, has earned three wins in high school tournaments, including the TBF/SAF South Carolina High School State Championship in which he and his partner competed against 66 other teams. He also has 10 Top 20 finishes to his credit.

“He helped start our school’s fishing team and has been an integral part of its success over the past three and a half years,” wrote Michael Eudy, Connor’s fishing coach. “Oakley is a model student of TRHS and a model citizen for our Travelers Rest community.”

Cade Fortenberry, Prairieville, La.
Fortenberry is a senior at St. Amant High School and will be competing in his third Bassmaster High School National Championship in June. In 2016, Fortenberry earned two wins in high school state tournament qualifiers — one where he bested 131 teams on the Red River.

As a member of the Ascension Anglers bass team, Fortenberry has taken part in multiple cleanup days, volunteered with the Angling Against Autism team bass tournament and helped to provide relief aid for victims of the 2016 Louisiana floods.

During local childcare facility field trips, Fortenberry served as the fishing guide. “He baited their poles, took their catches off the hooks and enjoyed sharing his knowledge of the sport,” according to his father, Gilbert.

Jared Gobel, Lumberton, Texas
A member of the Lumberton High School Fishing Team, Gobel has earned three tournament wins in the past year — most notably, a victory over 517 teams in the Southeast Texas High School Fishing Association (SETX) tournament on Sam Rayburn. Additionally, he landed in the Top 20 three other times, including a third-place showing at the Lake Fork National High School Open with a field of 165 teams.

Reese Jones, Rogers, Ark.
A senior on the Rogers High School Bass Team, Jones has tallied an impressive four wins in the past 12 months. Jones also chalked up 10 other Top 10 finishes, including four second-place showings at events on Beaver Lake and Lake Tenkiller.

Jones is the three-year president of his bass fishing team and is a member of the National Honor Society, DECA Leadership Team and the F.C.A. He has been awarded the Kansas State University Purple and White Leadership Scholarship and the Buck Family Foundation Local Scholarship, and he plans to pursue a business degree.

“‘Service Above Self’ could very well be Reese’s personal motto as he has accumulated over 200 hours of community service through his church and school outreach projects,” wrote DECA Advisor Tom Woodruff.

Tyler Lubbat, Wheeling, Ill.
A junior at Buffalo Grove High School, Lubbat has placed in the Top 5 of nearly every tournament he has entered in the past 12 months. He won eight of those events and earned a second-place finish in the 322-field Bassmaster High School Southern Open on Lake Guntersville. Lubbat set a new record for the five-fish limit in the Golden Sabre High School tournament series.

He participates in the Illinois B.A.S.S. Nation program to use recycled plastics to make fishing awards and plaques. In addition to his fishing accomplishments, Lubbat has qualified for the state math competition the last two years, and recently qualified for state with DECA, an organization that prepares emerging leaders and entrepreneurs. He also made sectionals for the World Youth Science and Engineering Organization’s high school academic competition.

“Tyler has been the face of the class board as an elected treasurer for three consecutive years,” wrote Francesca Murphy, Buffalo Grove High School counselor. “It is evident that he is a positive role model as his classmates have elected him every year … Our district has even accepted him into our medical academy, a very competitive program that only accepts 15 students per year.”

As president of his bass fishing club, Marvin coordinated the building and installation of a used line depository at the local Peru boat ramp, and he has served as a guest speaker at Plattsburgh State University. In addition to his time spent on the water, Marvin is the school captain for the Math League, a United Nations school delegate and recipient of the Intermediate Value Theorem Award — Peru Central School.

“He is a team player who understands that the whole is greater than the sum of its parts,” wrote Peru High School Principal Christopher Mazzella. “Perry Marvin is respected by his peers and is seen as a leader in our school.”

Miller frequently takes younger kids fishing in hopes they will carry on the sportfishing legacy, and he is an active member in the Fellowship of Christian Athletes.

Trace O’Dell, Buna, Texas
O’Dell, a senior on the Buna High School fishing team, won a Southeast Texas High School Fishing Association (SETX) event on Sam Rayburn with a field topping 472 teams. He has two Top 5 finishes and six Top 20s to his credit. He also earned a ninth-place finish in the 2016 SETX Angler of the Year points standings with entries averaging 500 teams per year.

Off the water, O’Dell has been the president of his high school fishing team for the past three years and leads a “Work 2 Fish” program, which helps kids earn money to participate in high school tournaments. He has also been a member of the Buna High School Student Council for four years. O’Dell served on a youth board that oversaw the development of the “02 system” for fish care at all SETX events.

Kyle Palmer, Estill Springs, Tenn.
A senior on the Grundy County High School fishing team, Palmer has tallied an impressive six wins in the past 12 months, including a 160-boat Bassmaster High School divisional on Lake Chickamauga and a 93-boat event on Percy Priest. Palmer also earned five other Top 10 finishes and was awarded Grundy County High School Team of the Year with his fishing partner, Kyle Ingleburger.

Palmer is currently serving his second year as the president of his high school bass team, and assisted with two major fundraisers for a freshman teammate with cancer.

“He is the leader of the Faith Unleashed club …” wrote Rita Sliger, Franklin County High School. “They discussed positive and proper ways to handle situations. This also included trying to find morally good and fair solutions to problems they each have to face.”

Palmer has just recently received a fishing scholarship for Bethel University in Tennessee for the fall 2017 semester.

Logan Parks, Auburn, Ala.
Parks, a senior at Auburn High School, has an impressive record in the past 12 months, earning four victories in tournaments with fields of 100 or more boats. In addition to his wins, Parks has also earned six Top 5 finishes and three Top 20s.

Parks started his fishing team — Auburn Anglers — when he was in the eighth grade, and the team has since grown to five times its original size. “Logan served as the main leader on the team, even as an underclassman,” wrote Drew Morgan, coach of the Auburn Anglers. “He was elected by his peers as president, and led the team with his desire, perseverance and dedication to improving.”

Off the water, Parks is the project leader and designer of a fishing line recycling project on Lake Martin. He started his own lure business. And he volunteered at the Alabama Power Water Willow Planting Project, among other volunteer activities.

Bryer Pennington, Prescott, Ark.
Pennington is a junior at Prescott High School and has been the captain of his bass fishing team the past two years. This year, Pennington has had four tournament wins, six Top 5 finishes and six Top 20s to his name, including a Top 5 finish in the Arkansas B.A.S.S. High School Nation State tournament.

Pennington and his fishing partner finished the 2016 season in second place for Team of the Year with an Arkansas youth fishing trail. In addition, he visits a third-grade classroom to talk with students about fishing tournaments. He also is active in efforts to combat drug addiction and is a member of the Arkansas Stream Team, with which he practices conservation and aquatic life management at a local stream.

“Bryer recently wrote a grant through the Arkansas Game and Fish,” wrote Shannon Collier, Prescott High School English teacher. “The grant will benefit students in grades K-6. He will lead his team to teach elementary age students about fishing and promoting ‘Saying No to Drugs.’” 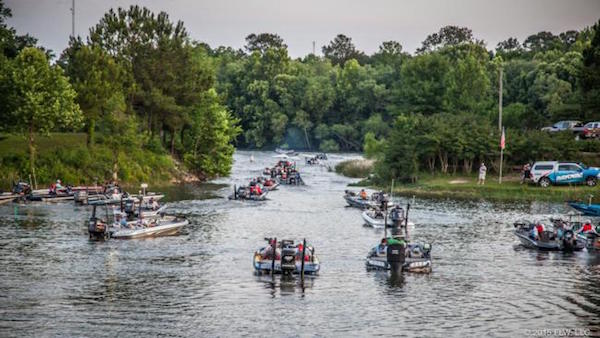 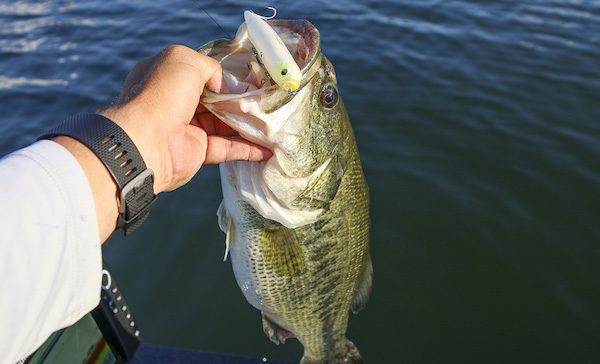 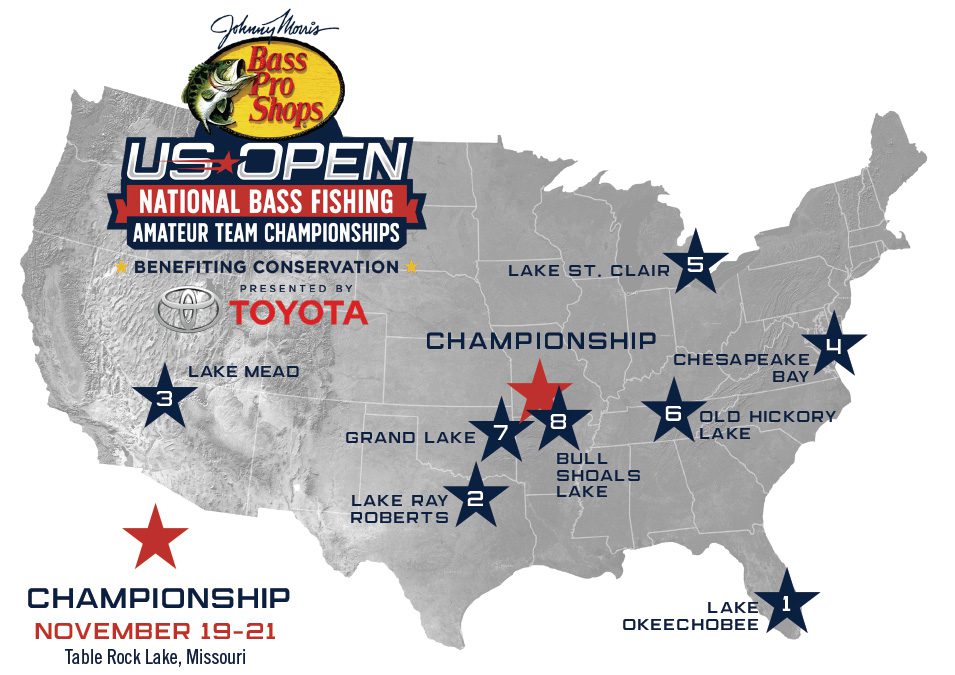 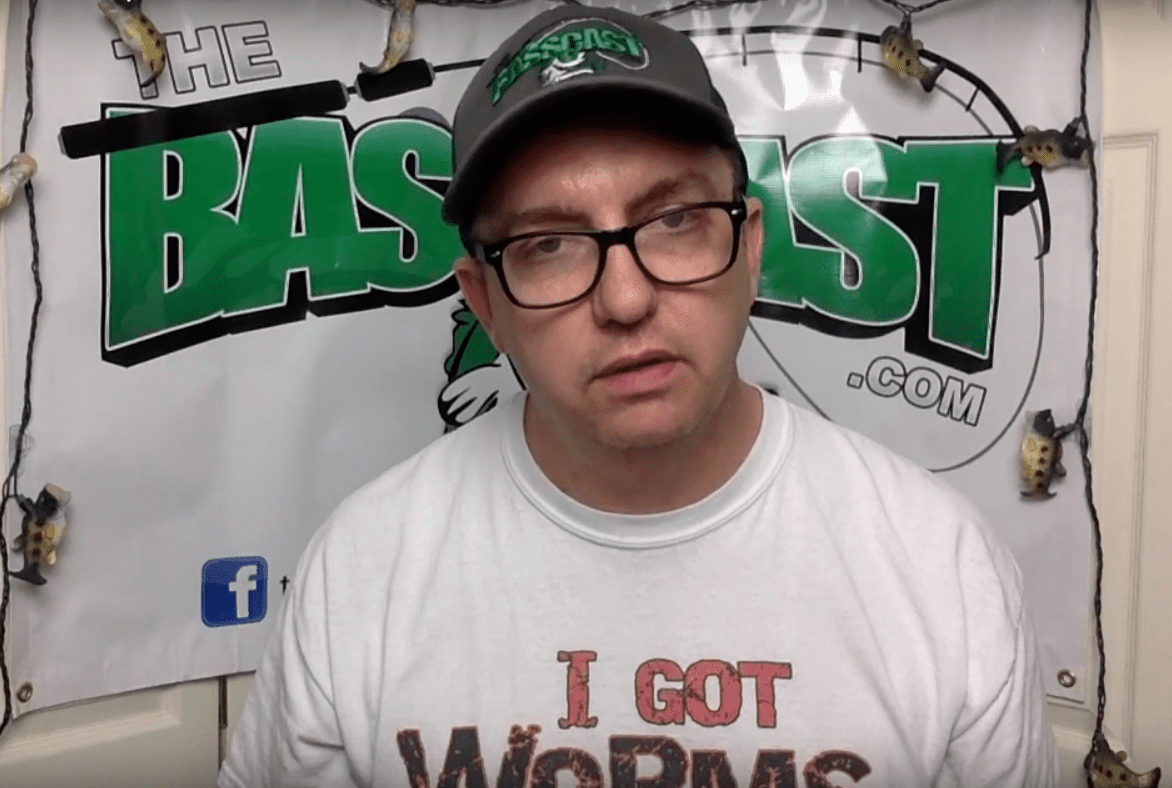