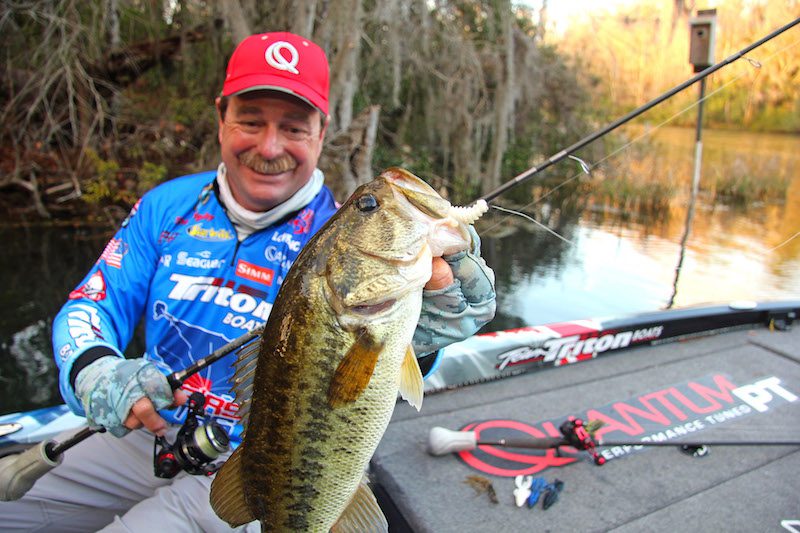 Gerald Swindle once said, “I’m not sure if Shaw Grigsby is an organ donor, but if he is, I want his eyes.”

Swindle’s humor is world class, and while he’s a 2-time Toyota Bassmaster Angler of the Year in his own right, like most pros, he’d love to have Shaw Grigsby’s supernatural eyesight for spotting bass on beds.

Grigsby’s kind heart and positive outlook on life are pretty rare too, and he graciously shares five tips that will help all anglers become more proficient during the spawn.

Anglers that spot a bass on a spawning bed tend to get a little excited, and the high number of casts they drag to and from the bed often reflects their adrenaline rush.

“People make far too many casts to a bedding bass in a short period of time,” says Grigsby. “When a bass sees that lure going in and out of the bed repeatedly, they aren’t enticed to eat it nearly as much as when that lure hangs around the sweet spot long enough to become threatening.”

In other words, let your lure hang around at least a couple of minutes until it becomes a nuisance.

Cast Beyond the Sweet Spot

“That’s what I call the ‘sweet spot’ – where they’re most likely to defend and bite, but don’t cast right at it,” warns the 16-time Bassmaster Classic qualifier. “Instead, cast past the bed – and slowly drag the lure into the sweet spot, to entice them to bite.”

Most anglers know the smaller of two bass near a bed will be the male. But a somewhat false belief is that by catching the male first, the female will then surely bite next.

If the male bites first – just don’t set the hook, and instead, keep working until the larger female eats.

“Don’t get me wrong, I carry both baitcasting and spinning tackle when targeting spawners, but more times than not, a bass will bite lures on lighter line with spinning tackle, far faster than if you’re using heavy equipment,” says Grigsby.

“The three B.A.S.S. Invitational that I won on Sam Rayburn came around gnarly, flooded bushes, and I was using 10-pound monofilament on a spinning reel back then,” he remembers. “You just have to make sure you’re using a spinning reel with a great drag, and take your time fighting them.”

White is Right for Lures on Beds

“The absolute number one color for bed fishing is white, or what Strike King calls “pearl” – and not because fish love that color necessarily, but simply because you can see it best around a bed,” explains Grigsby.

“In the 1980s and 1990s it seemed like we always used tubes and lizards around spawning beds, but these days I generally reach for a Strike King Rodent or Rage Bug.”

Grigsby emphasizes carrying a wide variety of lures, ranging from tubes to lizards, and Rage Bugs to Rodents – and if they won’t bite white, or pearl, he uses black/blue or a color called “summer craw.”

Fact is, you nor Swindle can have Grigsby’s eyes, but we can all become better sight fishing anglers during the spawn with these tips he so graciously shared. 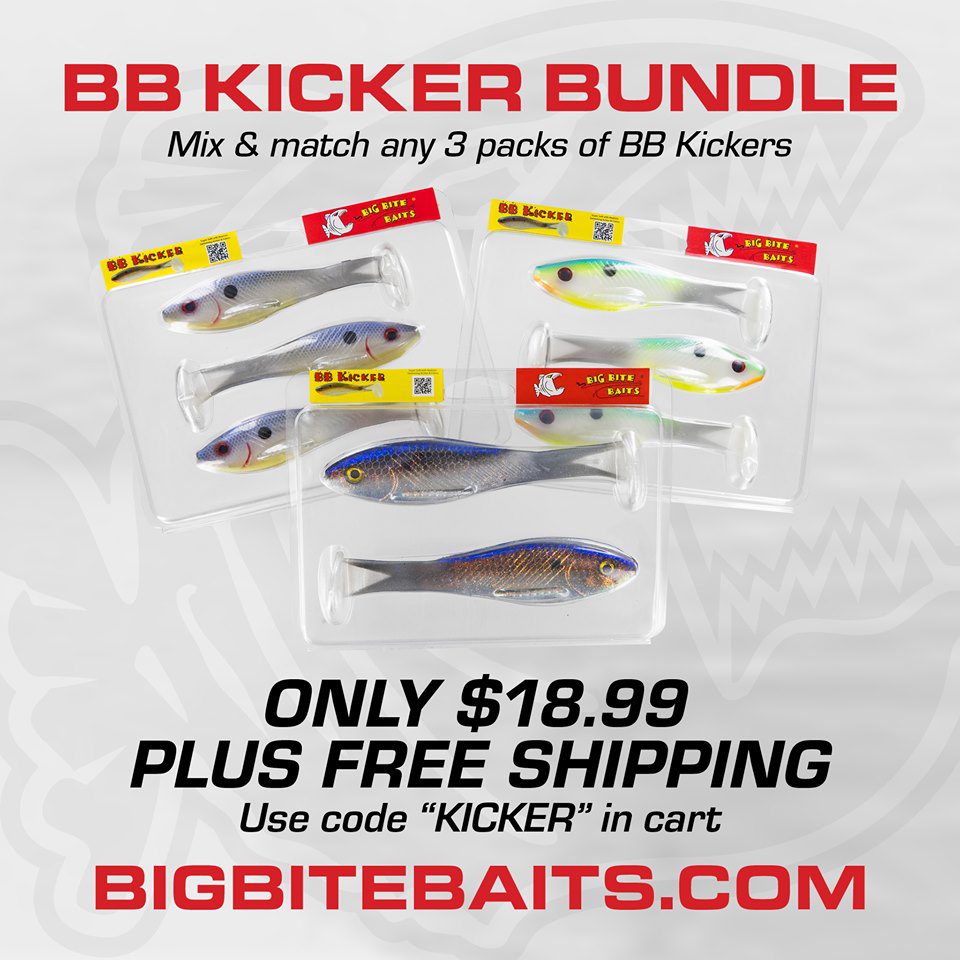 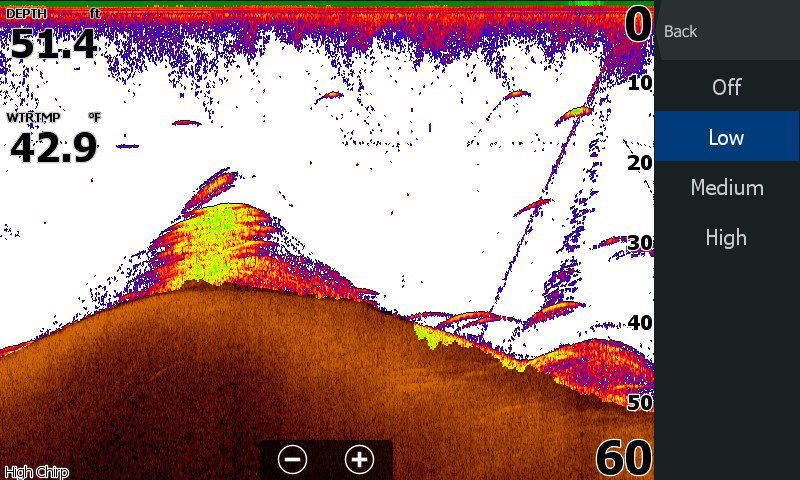 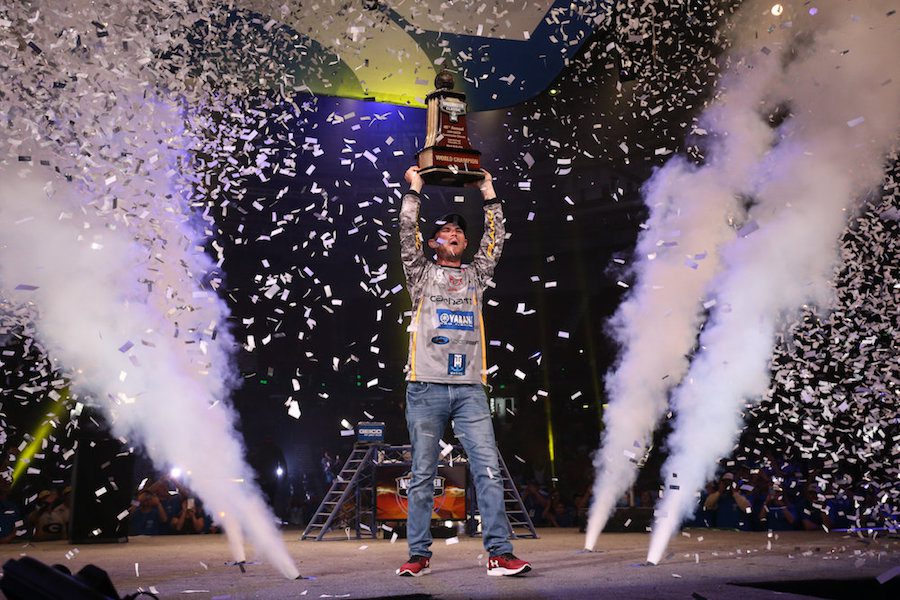 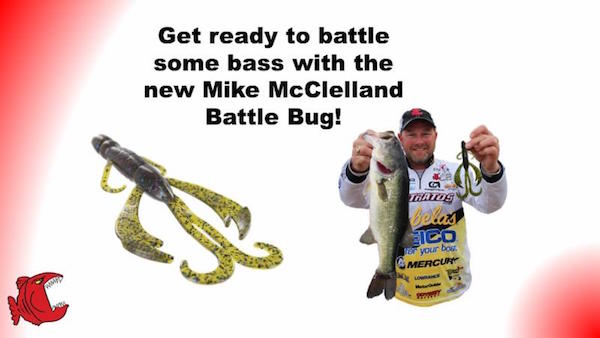