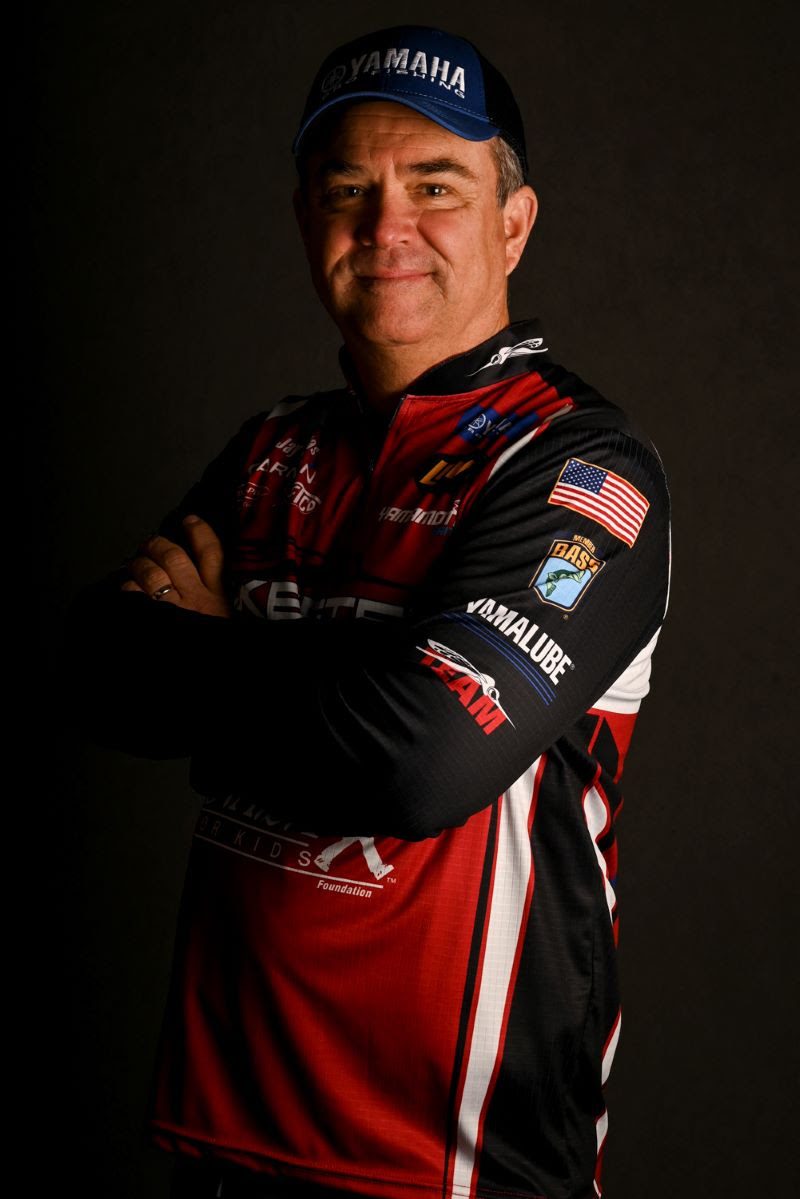 BIRMINGHAM, Ala. — Bassmaster Elite Series angler Jay Yelas is retiring from tournament competition to concentrate on his work with the C.A.S.T. for Kids Foundation.

“I decided to retire from tournament fishing to focus on running the C.A.S.T.  for Kids Foundation,” the 57-year-old said. “So I’ve fished my last tournament.”

Yelas, who won the 2002 Bassmaster Classic and was Angler of the Year the following season, was having a great 2022 Elite season when tendonitis in both elbows forced him out. The ambidextrous pro from Lincoln City, Ore., left mid-event and took a medical hardship despite being in the Top 15 after two days at the Simms Bassmaster Elite at Lake Fork.

“That was a bummer for me,” said Yelas, who experienced excruciating shooting pains. “I was doing well at that event … I’ve never had to pull out of one before. My left arm was pretty much useless. I was like a one-armed bandit. I still can’t set the hook with my left arm. It’s getting a lot better than it was in May. I could hardly turn a reel handle at Fork.”

His position at Fork before he left had moved Yelas to 30th in Progressive Insurance Bassmaster Angler of the Year points and on course to qualify for his 17th Classic. But he couldn’t finish his 234th event with B.A.S.S., an organization he was proud to serve.

“I’m so thankful, first of all, to Ray Scott for starting this whole craziness that we call bass fishing and giving an opportunity for people like me to go make a living,” Yelas said. “I’ve made a living for 35 years as a professional bass fisherman.

“I fished my first Bassmaster event in 1989 at Lake Mead and fished B.A.S.S. until 2006. Those were my best years. I qualified for 16 consecutive Classics and won it in ‘02. I won Angler of the Year in 2003, which was the pinnacle for me. AOY, that’s something I hold in the highest regard.”

Yelas, with five victories and 56 Top 10s in B.A.S.S., earned $1.6 million in B.A.S.S. and another million in FLW, where he won two AOY titles and qualified for 11 Forrest Wood Cups. Those accomplishments earned his 2020 induction into the Bass Fishing Hall of Fame.

Yelas was proud to have recorded Top 10 finishes in five decades. His latest was a third-place finish on Lake Fork in 2020, and he posted a ninth on Lake St. Clair that year.

“I’ve thoroughly enjoyed being back fishing the Elite Series and finishing my career where it started with the best tournament organization in the land,” he said. “I’ve had some good success, but not as good as it was back in my prime. I’m really thankful. I think the world of B.A.S.S. and wish them all the continued success.”

Deciding to hang up his tournament jersey was a difficult decision yet well-thought through. Yelas said he’s prayed about it for some time.

“I’m a man of faith, and God has a plan for all of us,” he said. “I just think it’s His will to serve these kids and families that attend our C.A.S.T. for Kids events. I just love providing an opportunity for them to enjoy a day of fishing. That’s something that I’m really passionate about now.

“I feel like it’s what God has for me as my next chapter in life.”

Yelas served on the board at the C.A.S.T. for Kids Foundation before becoming its executive director eight years ago. The non-profit began in 1991 and has held more than 1,140 events, putting close to 150,000 disabled and disadvantaged kids on the water.

“It’s growing like crazy,” Yelas said. “This year we’ll have 80 events around the country. It’s an all-time high. We bounced back from Covid really well. We have events in 35 states.”

While Yelas said it is a relief to just be working one full-time job, he’ll still find time to go fishing for fun. Along with bass, he enjoys the steelhead and salmon fishing he’s afforded along the Oregon coast. But his work will always come first.

“I’m excited about it. You see it making a tangible difference in the lives of these kids and families, and that is very rewarding,” Yelas said. “I’ve had my day in the sun on the tournament trail. It’s been a wonderful career. I’m so thankful for it. I’ll fish as long as I live, I’m just not going to be competing on the world’s greatest tournament circuit, the Elite Series.”