Lane made all the right moves – By: Pete Robbins

Lane made all the right moves

Seigo Saito
By adjusting each day and managing his fish, Chris Lane was able to win the 2012 Bassmaster Classic.
By Pete Robbins
Feb 26, 2012

SHREVEPORT-BOSSIER CITY, La. – Chris Lane caught fish in Pools 4and 5 of the Red River to win the 2012 Bassmaster Classic, but his victory was primarily earned between the ears.

Lane made multiple decisions that might’ve baffled the weekend angler, adjusting each day and managing his fish in order to win the tournament. He coddled the fish he’d located to last three days and claimed victory by a margin of 3-7 over runner-up Greg Vinson. Whether that difference resulted from a single good decision or from a suite of them will never be known, but Lane credited his success to his devotion to a game plan that he developed during practice.

Perhaps most impressive was his willingness to contravene the fishing adage that one should never leave biting fish to find more fish. Each day he left an area that he was sure contained more fish and went elsewhere.

In each case he got fewer bites in the subsequent area, but the bites he did get allowed him to cull. In fact, after weighing 16-4 on Day One mostly from an area across from the take-off site, he never went back, despite the fact that it was a prime backwater that produced strong catches for others on Days Two and Three.

That game plan included parts A and B, plus part C, implemented Sunday, which was a combination of the other two.

He started the final day in a backwater pond with both Bill Lowen and Matt Reed and hoped to leave with a limit no later than 11:30. Early on, the other two anglers scored while Lane looked on sheepishly.

“Watching those other guys catch them plays into your head,” he said.

As the morning progressed he openly expressed concern about the need to lock back up from Pool 4 into Pool 5 without losing too much time.

“One more pass down this bank,” he said aloud on multiple occasions.

The willingness to stick to his guns and not push the panic button paid off when he caught the day’s big fish, a 6-10 largemouth, shortly after 11 o’clock. At 11:23 he filed out his limit.

“That one more pass was truly a blessing,” he said. “I made the right decisions.”

Then he left the fish snapping and headed to the lock. He spent the remainder of the day in a small Pool 5 backwater where he culled out his two smallest fish.

His older brother Bobby, who finished 20th with 36-10, lauded his brother’s maturation process and partially credited their Florida upbringing for the winning tournament blueprint.

“When you’re on a body of water like Okeechobee and you know 10 pounds is no good and you’re catching 50 fish and they’re all small, you need to leave,” the elder brother said. “We just know when it’s time to move.”

This was the younger Lane’s first Classic since 2008 and second overall, as compared to his brother’s five straight, but the younger brother has been on a tear lately after a couple of tough years.

“He’s always been an excellent fisherman, but when you struggle like that you learn what to do and what not to do,” Bobby said. “Over the years I’ve watched him mature, particularly in the past three years. He’s got his mojo going now.”

Ultimately the biggest change for Chris Lane was developing the belief that he could compete at the sport’s highest level.

That mentality allowed him to take calculated risks that were rooted in experience.

He’ll be free to gamble on another win throughout the 2012 Elite Series campaign. By virtue of his Southern Open victory on the Harris Chain last month, this week’s Classic win means he’s already double-qualified for the 2013 Classic on Oklahoma’s Grand Lake. Should he win another event or finish high enough in the rankings, he could qualify in a third way, too, or perhaps even more. That’s never been done before, but given Lane’s upwardly mobile decision-making prowess, it would be foolish to bet against him. 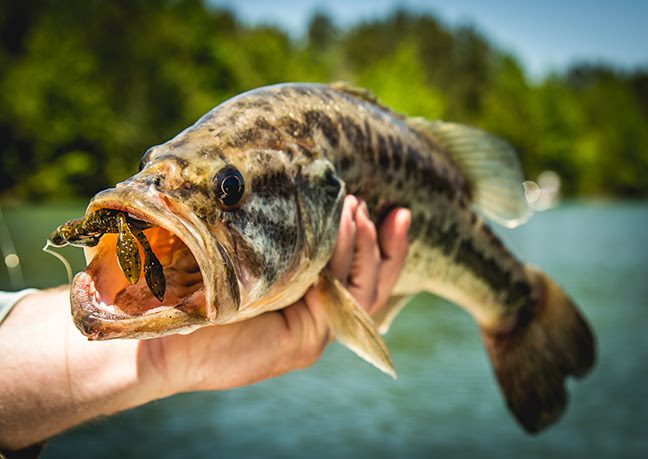 Back to Work in Park Falls, Handcrafting the Best Rods on Earth® 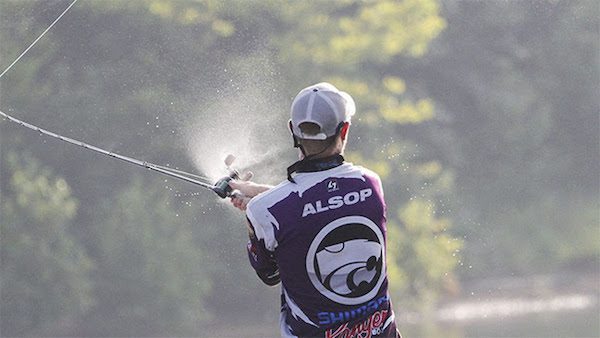