James Overstreet
Alton Jones finally got the win he’d been searching for. The St. Johns tournament played on one of his strengths: sight fishing.
By Deb Johnson
Mar 18, 2012

PALATKA, Fla. — Alton Jones’ Sunday victory on the St. Johns River was all the sweeter for the redemption sprinkled on top.

He finally got the St. Johns Bassmaster Elite Series win that slipped through his fingers last season. That memory, and the fact that he ran out of time Sunday to entice a lunker he could see on a bed, gave the pro from Woodway, Texas, a few tense moments as he was waiting for the final-day trek to the scales. He was feeling shaky despite the 9-pound lead he had going into the day.

But win he did, with 75 pounds, 9 ounces and by a margin of 1 pound, 2 ounces, over runner-up Todd Faircloth of Jasper, Texas.

“I am absolutely speechless that I won. I entered the weigh-in line today thinking I had lost this tournament. It was a complete reversal of fortune from last year,” he said. “That’s all gone now. It always feels good to win.”

What he won was $100,000 and an instant berth in the 2013 Bassmaster Classic. He also is leading the Toyota Tundra Bassmaster Angler of the Year race.

“That’s what I’m most excited about,” he said. “To have a Classic qualification frees me up to really go for Angler of the Year, take a few more risks in other tournaments this season.”

Jones said on Sunday he tried to ignore his 9-pound lead, knowing one lunker off a bed by one of the pros chasing him would be his undoing.

“I knew I had to go out and pretend like I was 2 pounds behind,” said Jones, who won the Bassmaster Classic in 2008 and has won four other Bassmaster events but had never landed an Elite Series win.

Faircloth’s 20-pound, 10-ounce bag of Sunday could have stopped Jones in his tracks if only Jones had stumbled a bit. And Jones almost did. His 12-11 of Sunday was his lightest over four days, and he had to work hard to get that.

“I left it all out on the water,” said Jones, a pro’s way of saying he did everything he could think of to win.

Jones started the St. Johns River Showdown under the radar: 17th place after Day One. He became a big player with his Day Two sack of 28-7 — the tournament’s largest — and he snapped up the lead by more than 7 pounds. By the third day, he was up by 9 pounds.

Jones relied on sight fishing all four days in several areas of the river’s Lake George.

“I wasn’t around a lot of fish, I was just around a few good fish,” he said. “The important thing was to be in an area where the fish were wanting to spawn, and that I probably moved faster than a lot of the guys out there. And not stopping and locking up on the little ones was the key.”

Each day, he intentionally left some of the males on beds so that they’d draw the bigger females he knew he would need to excel at the scales.

He said his primary lure of the week was a 6-inch junebug-colored Yum Dinger; it was the bait that brought him all his fish heavier than 4 pounds. Junebug is the color he automatically ties on when fishing in Florida.

“I have a lot of confidence in that color, and if it’s working, I don’t switch it,” he said.

His largest bass of Sunday, which he described as a “5-something female,” he caught at about 11:30. He said he spent the remainder of the day searching for larger fish, and filling his limit with a few smaller ones. He spent his last two hours of the tournament trying for a bedding female in the 6-pound class.

“I really thought I was going to catch her. She was behaving right, but there just wasn’t enough time to do it,” Jones said. “I knew if I caught that fish, I’d win this tournament. Honestly, I thought that if I didn’t catch that fish, I was really leaving the door open for someone else.”

And he knew the “someone else” was probably Faircloth, but Faircloth ended the day where he began it, runner-up to Jones.

Faircloth said he fished clean, with no mistakes and in keeping with a sight fishing plan that he stuck with.

“I really felt good about today, like I had a shot at the win. I never felt like I was out of it. I knew Alton would have to have a day like he had today for me to catch him, but I was just that one fish short,” Faircloth said.

“I had a 3 1/2-pounder, so if I had caught another 4- or 5-pounder, it would have been real close. I could sit here and go through the ‘woulda-coulda-shoulda,’ but I trusted my instincts and I don’t know what else I would have done differently.”

Like Jones, Faircloth fished Lake George, but he said they didn’t share water. His final two days, he keyed in on a line between eelgrass and dollar-pad vegetation that had a slightly harder bottom attractive to bass as good bedding sites. The bass he got from that area was what pulled him up from 19th place on the first day and into contention by Day Four.

Faircloth’s primary lures were a Yamamoto Senko in watermelon black flake and a Yamamoto Flappin’ Hog.

The other Top 5 finishers in the St. Johns River Showdown were Keith Combs of Huntington, Texas, who climbed from 46th on Day One to take third place with 71-2; Brent Chapman of Lake Quivira, Kan., with a steady performance over four days for fourth place with 67-8; and Skeet Reese of Auburn, Calif., in fifth with 64-5.

Elite Series competition continues this week with the Power-Pole Slam on Florida’s famed Lake Okeechobee. The event will begin Thursday and run through Sunday at C. Scott Driver Park, Highway 78 West in Okeechobee, Fla. As always, fans can watch the Elite Series event in person and online at Bassmaster.com, which provides free, full access to all pages and features. 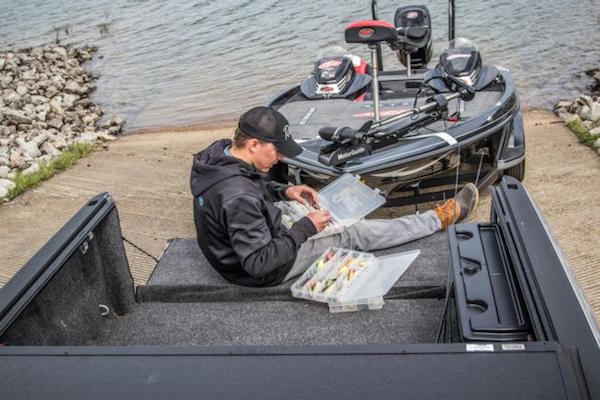 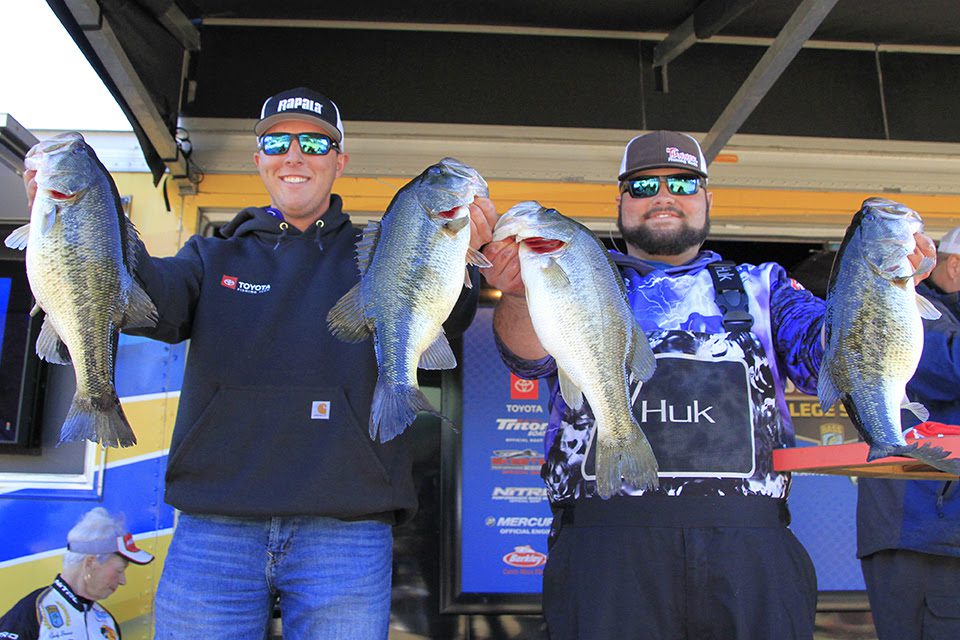 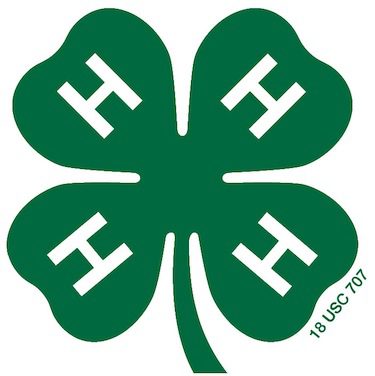