Pete Gluszek had to change up depths and use completely different methods on Day Two, and his efforts were rewarded with a bigger bag.

Seneca Falls, N.Y. — Conditions on New York’s Cayuga Lake were different today — overcast and cooler than yesterday — but not different enough to shake the first round leader in the Bass Pro Shops Northern Open. For the second straight day, New Jersey’s Pete Gluszek, a two-time Bassmaster Classic qualifier, brought in the heaviest catch of the round. His Day 2 limit weighing 20 pounds, 14 ounces gives him a 4-7 lead over Brian Bylotas (35-11) of Pennsylvania. Arkansas Elite Series pro Stephen Browning is third with 35-7.

“Everything changed today for me,” Gluszek said. “I had to change up the depths I was fishing and used completely different methods today. The areas that were red hot yesterday were cold today.”

Careful not to share much information before the tournament’s final round on Saturday, Gluszek added only that “It’s important to be doing the right thing at the right time.”

Browning moved into third place on the strength of the day’s only other 20-pound catch. His 20-7 jumped him up 16 places and into tomorrow’s finals, which will feature only the top 12 professionals and co-anglers.

Bylotas’s five-bass limit weighed 19-10 and moved him from 13th into second place. He liked the overcast conditions because he believed they kept the bass shallower and more active throughout the day. 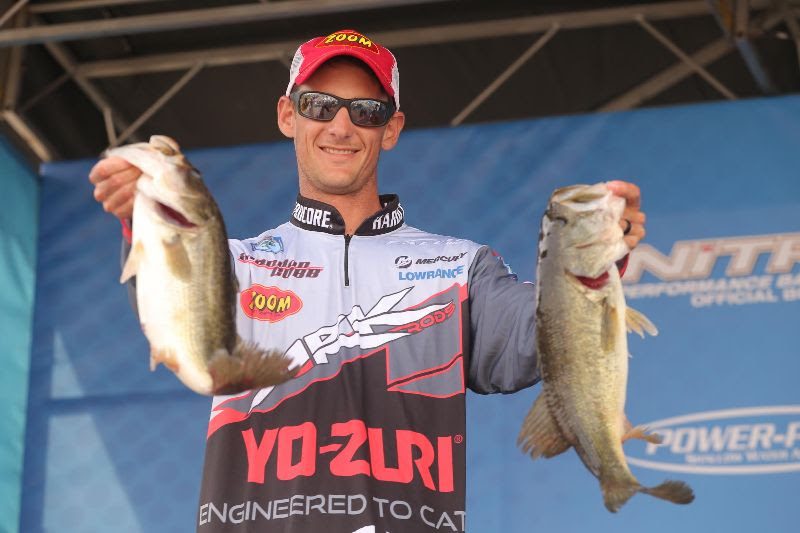 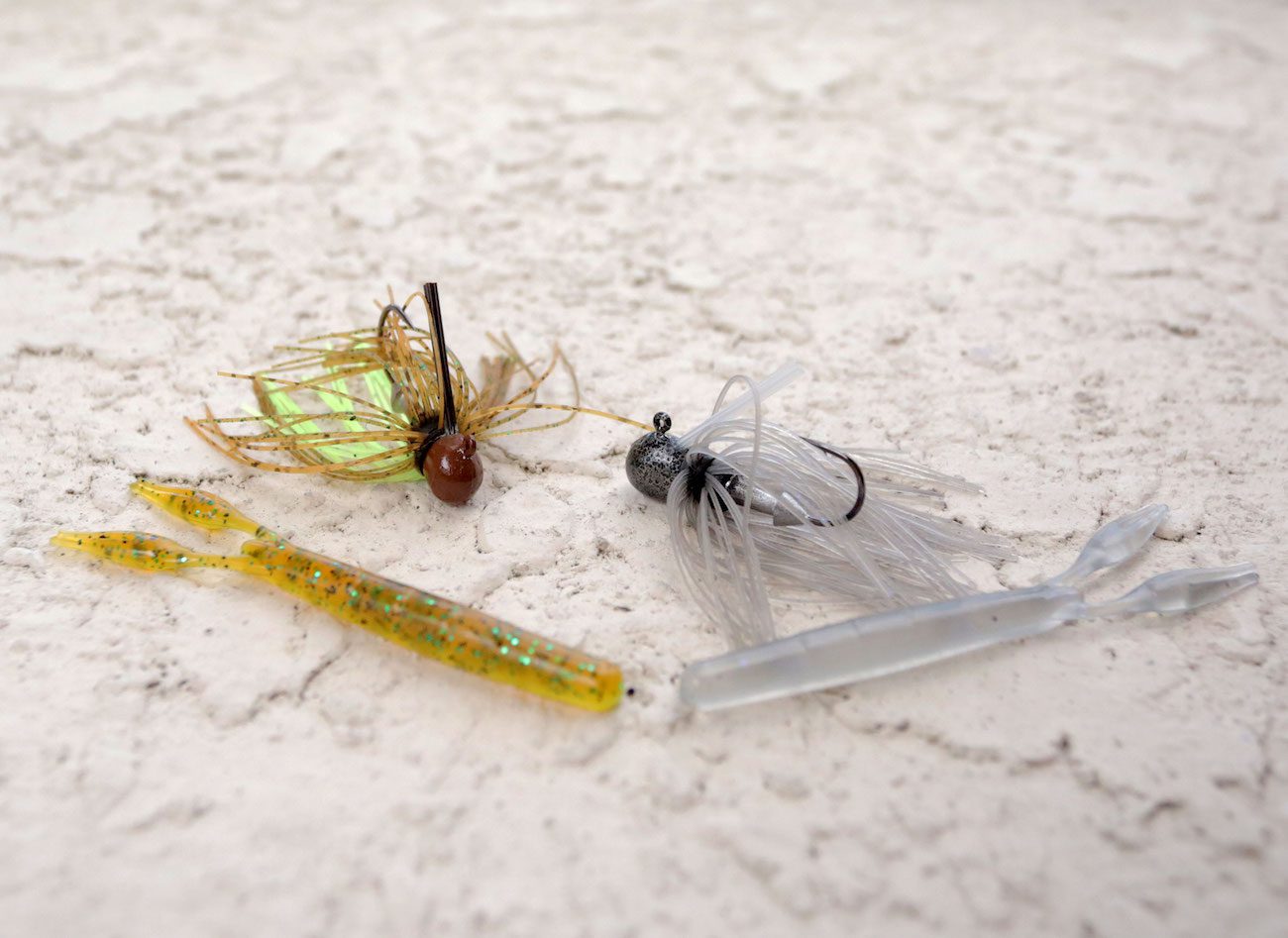 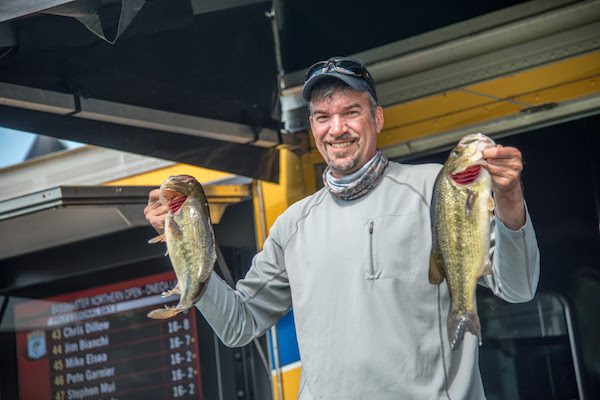 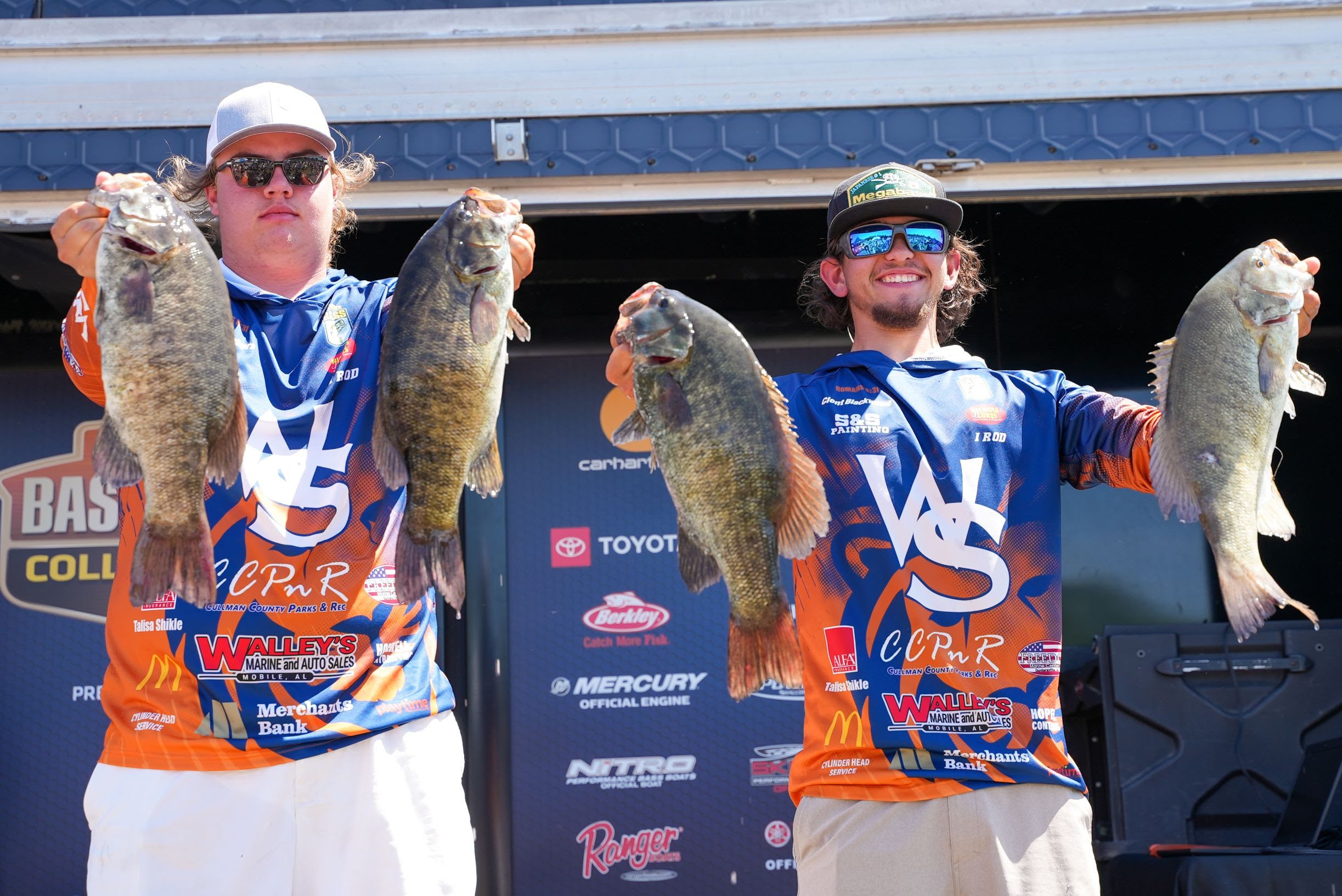