SYRACUSE, N.Y. — Boyd Duckett used to count on his red shoes as his talisman. Now it seems his two-week-old son is bringing him all the luck he needs.

In pro fishing, it’s half-jokingly called “the baby pattern” because pros with new kids have proved to suddenly be more motivated. And that was true for Duckett when he came from behind Sunday to win the Ramada Championship on Oneida Lake by 6 ounces, snapping up a win that Day Two and Day Three leader Randy Howell had hoped might be his.

But Duckett was driven by something else, too. The 2007 Bassmaster Classic champ was determined to qualify for the 2013 Classic, and he knew he’d likely have to do it via the win-you’re-in rule. Sitting 53rd in points going into Oneida, he knew that the only way left for that to happen was the Aug. 23-26 Oneida Lake event.

“I came up here to try to make the Classic. I don’t know if I’m happier about that or winning,” Duckett grinned after he accepted his trophy, the $100,000 prize — and his 2013 Classic entry.

“The Classic is the biggest event in bass fishing,” the pro from Demopolis, Ala., said Saturday on the eve of his final push. “You spend your whole life trying to make one. And when you make one, you never want to miss another one. I can’t emphasize enough how bad it was last time not to make it.”

After winning the Classic in 2007, Duckett qualified for the next five. The 2012 Classic he missed was after a dismal 2011 season — 84th place in points, he said.

“Last year I had a horrible season. This year, I worked really, really hard to prepare myself with a champion angler’s attitude,” he said.

Duckett approached Oneida as a Classic quest. He started slowly — 27th on Day One, with a middle-of-the-pack catch of 13-11. But on Day Two, he produced a whopping 17-1 sack and shot to second place. He kept second place on the third day, even though his weight was 14-0. On the final day, he pulled another huge sack out of Oneida — 17-0 — and surged past Howell. The score was Duckett, 62 pounds, 6 ounces to Howell’s 62 pounds even.

Oneida is 20-some miles long and miles wide in spots, but Duckett never saw much of it during the Ramada Championship. He found a sweet mix of largemouth and smallmouth bass in Maple Bay, and milked it for every bass he brought to the scales over four days.

He happened on the spot while sitting on shore during practice. He and Kelly Jordon, sharing a house on Maple Bay, were sitting at a picnic table and noticed roily water offshore.

“The fish were about 400 yards out, and we couldn’t quite see what they were — we thought maybe perch — but they turned out to be smallmouth,” he said. “And that’s how I found my fish.”

They held up all week. One area was more of a largemouth spot. There he mostly flipped a 3-inch Berkley Chigger Craw in green pumpkin or cinnamon, or a ChatterBait or Lucky Craft Gunfish topwater. When he saw smallmouth schooling, he’d troll to them, usually picking up his 4-inch blue-herring Berkley Hollow Belly swimbait rigged on a 1/8-ounce Buckeye J-Will swimbait head.

On Sunday, the Hollow Belly happened to produce a 4-3 largemouth (the biggest fish brought to the scales that day). That catch, said Duckett, was the turning point.

“I felt then I had a really good chance,” he said.

He led Duckett going into the final round by 2 pounds, 6 ounces. But Sunday he managed only four bass — one shy of a limit — and fell 6 ounces behind.

“I can’t believe it, I really thought I still had enough,” Howell said on stage.

One of Howell’s primary patterns put him offshore in the wind, one factor Duckett did not have to contend with in the protected Maple Bay. Anglers complained that conditions were too calm for good fishing  Day One. Winds were perfect on Day Two, but by the final round, the anglers had to concentrate to keep their balance in the big waves.

Howell’s primary lures were a Strike King Series 5 that produced a 3-11 largemouth on Sunday, his largest of the day. He also used a NetBait BK Swimmer, rotating pearl-white or albino on a 1/2-ounce Do-It Mold swimbait head, and a 1-ounce Monster Grass jig by Lunker Lure with a Kinami Baits Psycho Dad crawfish trailer.

He also relied on a Pop-R topwater and Super Spook.

He thinks back on the bass that blew up on his Pop-R on Sunday.

“I didn’t do anything wrong, it just didn’t eat it,” he said. “Four fish that weighed 14-4 were good, solid fish. Any size keeper was all I needed. That’s what really gets me.”

Finishing third was Scott Rook of Little Rock, Ark., with 60-7. It wasn’t quite enough to gain him a Classic berth that, like Duckett, he came to New York to win. Takahiro Omori, 2004 Classic champ, was fourth with 57-4. Ott DeFoe was fifth with 56-14.

The largest bass brought in Sunday was Duckett’s 4-3, not big enough to overtake Takahiro Omori’s 5-6 of Saturday for the Carhartt Big Bass of Tournament award of $750, plus another $750 if the angler was wearing Carhartt clothing.

Other bonuses awarded at the Ramada Championship:

* Berkley Heavyweight Award of $500 for the best five-fish limit: Michael Iaconelli’s Day One bag of 20-3.

* Power-Pole Captain’s Cash of $1,000 if the winner has Power-Poles installed on his boat: Duckett.

* Luck “E” Strike Comeback Award of $500 to the most-improved pro in the Toyota Tundra Bassmaster Angler of the Year points race: Duckett, from 53rd place to 35th place.

Next up for the Bassmaster Elite Series is the postseason event, the Toyota Trucks All-Star Week, Sept. 20-23 out of Decatur, Ill. The Top 8 in Toyota Tundra Bassmaster Angler of the Year standings qualified Sunday. Four anglers voted in by fans will join the eight qualifiers to compete for a piece of the $100,000 prize package. Voting will begin Tuesday, Aug. 28, online at Bassmaster.com. 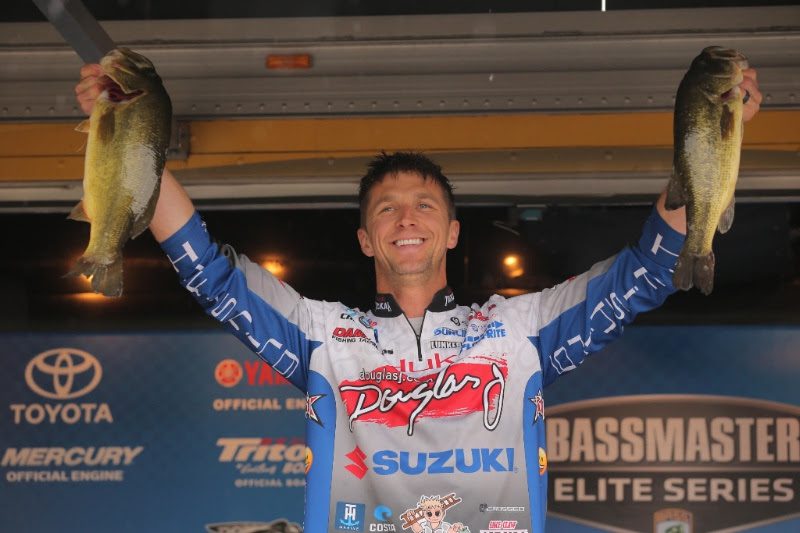 Pipkens On Top After First Round At Mississippi River Bassmaster Elite 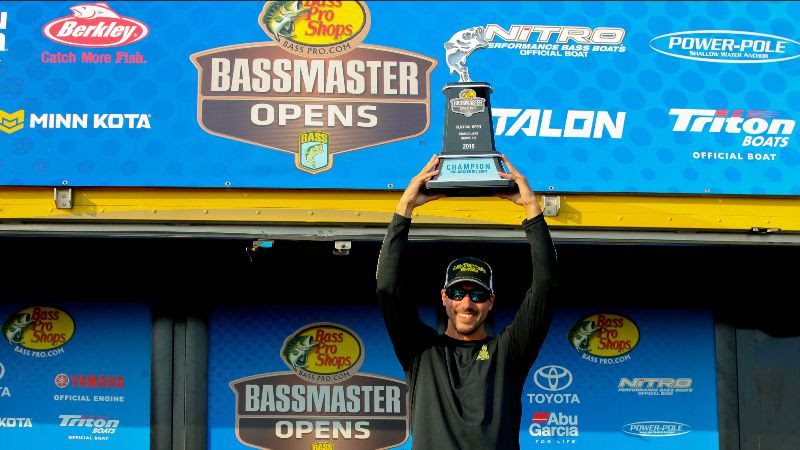 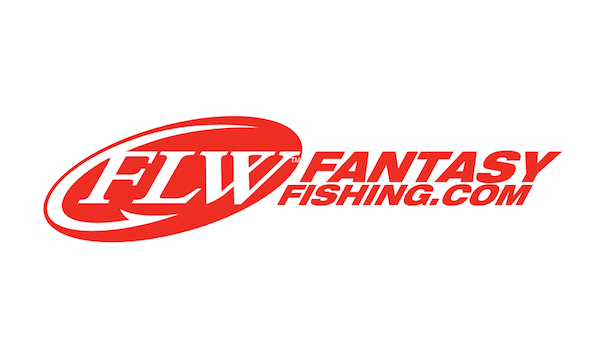 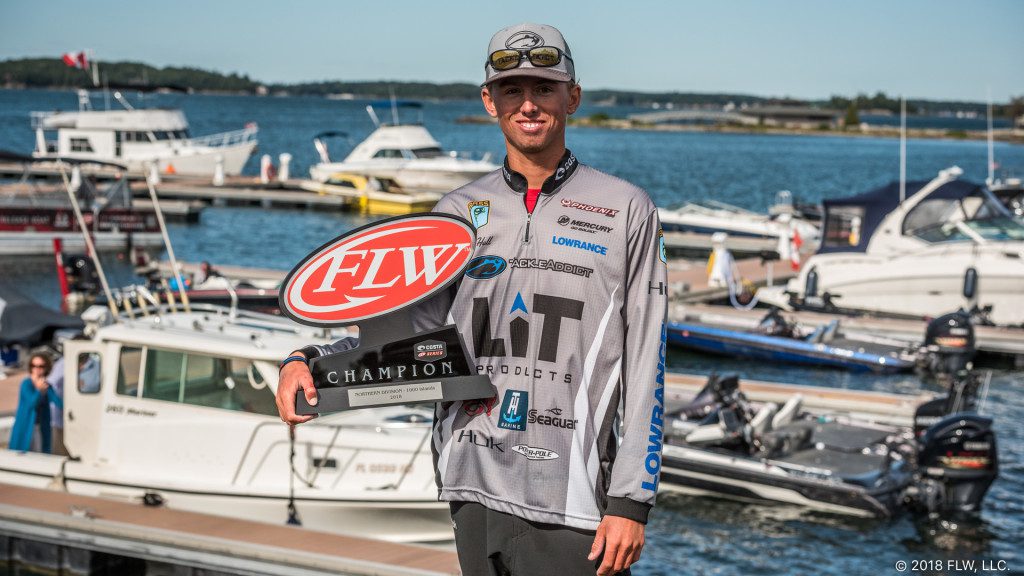