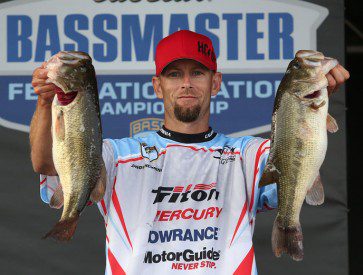 DECATUR, Ala. — When you have a gut feeling, sometimes you just have to go with it.

That’s what happened for Jason Hemminger today at 10 a.m. He only had one keeper in the boat that he estimated at 1-pound, 3-ounces. “I knew it wasn’t working, so I just scrapped it all and started over.”

The California angler caught what he called a “California-size bag” today when he abandoned everything he’d been doing on Wheeler Lake during the 2012 Cabela’s Bassmaster Federation Nation Championship and started fresh.

“I had a gut feeling and it worked out,” said the Ventura County Bass Club member.

And when he says it “worked out,” he means it. Hemminger brought in a huge 19-pound, 10-ounce bag, far bigger than any other in the competition, with two bass that weighed 5-1 and 5-3. He bounced back from his 6-13 bag yesterday that left him mired in eighth place in the Western division, and moved nearly five pounds ahead of his closest Western competitor, Timothy Klinger.

Hemminger’s huge change was the most dramatic today, but it was representative of multiple success stories in Day Two of the tournament. Anglers who mixed it up had much bigger sacks than yesterday; anglers who didn’t brought in disappointing bags.

Tim Dycus of Arkansas credited his “mental adjustment” for bringing in a limit of 8-8, which was much stronger than his two fish that weighed 3-1 yesterday. Teb Jones of Mississippi said he made a change today, and it resulted in not only a 15-pound, 5-ounce bag, but also a 5-13 bass that took today’s Cabela’s Big Bass honors. JJ Patton of Iowa had a Day One total weight of 2-6, trumped by just one of his five fish today — a 4-pound, 6-ounce beauty that anchored his 13-6 bag.

And just as those who changed reaped the benefits, those who didn’t lamented their decision. Josh Polfer of Idaho, who led the Western division yesterday, brought in only 6-15 today. “Things changed today, and I should have adapted a little bit quicker,” said Polfer. Dale Hightower, yesterday’s overall leader, brought in 8-0 today, half of what he caught yesterday. “I think I spent too much time in one area before I decided to change,” Hightower explained. “The fish just kept getting smaller.”

Polfer and Hightower both said they figured something out in the afternoon, though, and they are looking forward to tomorrow, the final day of competition.

Tomorrow has the potential to be vastly different than today. The forecast calls for wind, rain and cold. Polfer joins Jamie Sochocki of Michigan and Jason Pecoraro of Louisiana in hoping for the big weather change. “The clouds and wind are going to help me,” said Pecoraro. Others, including Teb Jones of Mississippi and Andy Bravence of Arizona, expressed concern that the wind might make it tougher. But for Mark Pierce of Tennessee, it’s a mental game. “Weather affects the fishermen a lot more than it affects the bass,” he said.

The average fish weight moved up slightly today from 1-12 yesterday to 1-14. More anglers had limits — 41 instead of 34, like Day One — and only one angler goose-egged.

Hemminger’s 19-10 bag is currently in the lead for the Lowrance Heavyweight of the tournament. If he wins, he’ll take home a Lowrance HDS-7 Touch worth $1,599.

Four of the six divisions had leader changes today. Bryant Copley of Virginia took over the Mid-Atlantic lead; Brady Farrell of Wisconsin took the Northern; Mark Pierce of Tennessee moved up to first in the Southern; and Hemminger took over in the Western. Hightower of Oklahoma remained on top in the Central, as did Jonathan Carter of Maine in the Eastern.

The top angler in each division after competition ends tomorrow will head to the 2013 Bassmaster Classic in Tulsa, Okla., in February.

The final launch takes place tomorrow at 6:45 a.m. CT at Ingalls Harbor. All the contenders will weigh in on stage, also at Ingalls Harbor, beginning at 3 p.m. CT, and it will be streamed live on Bassmaster.com. Joining them on stage will be the junior anglers, who are fishing their one-day competition tomorrow on nearby Wilson Lake. 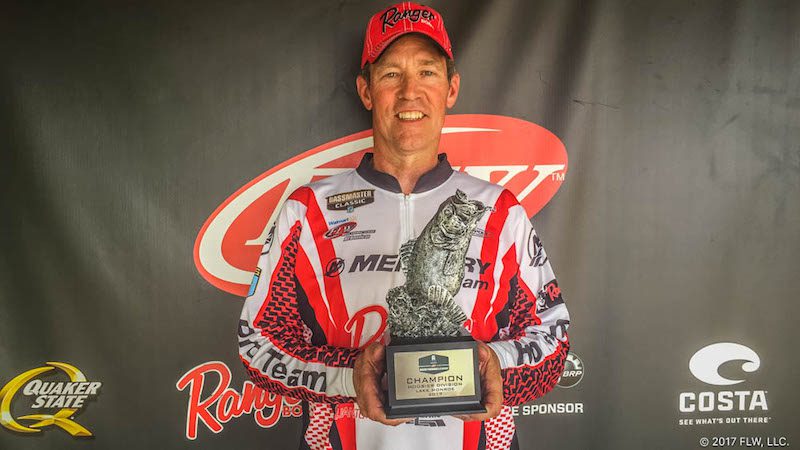 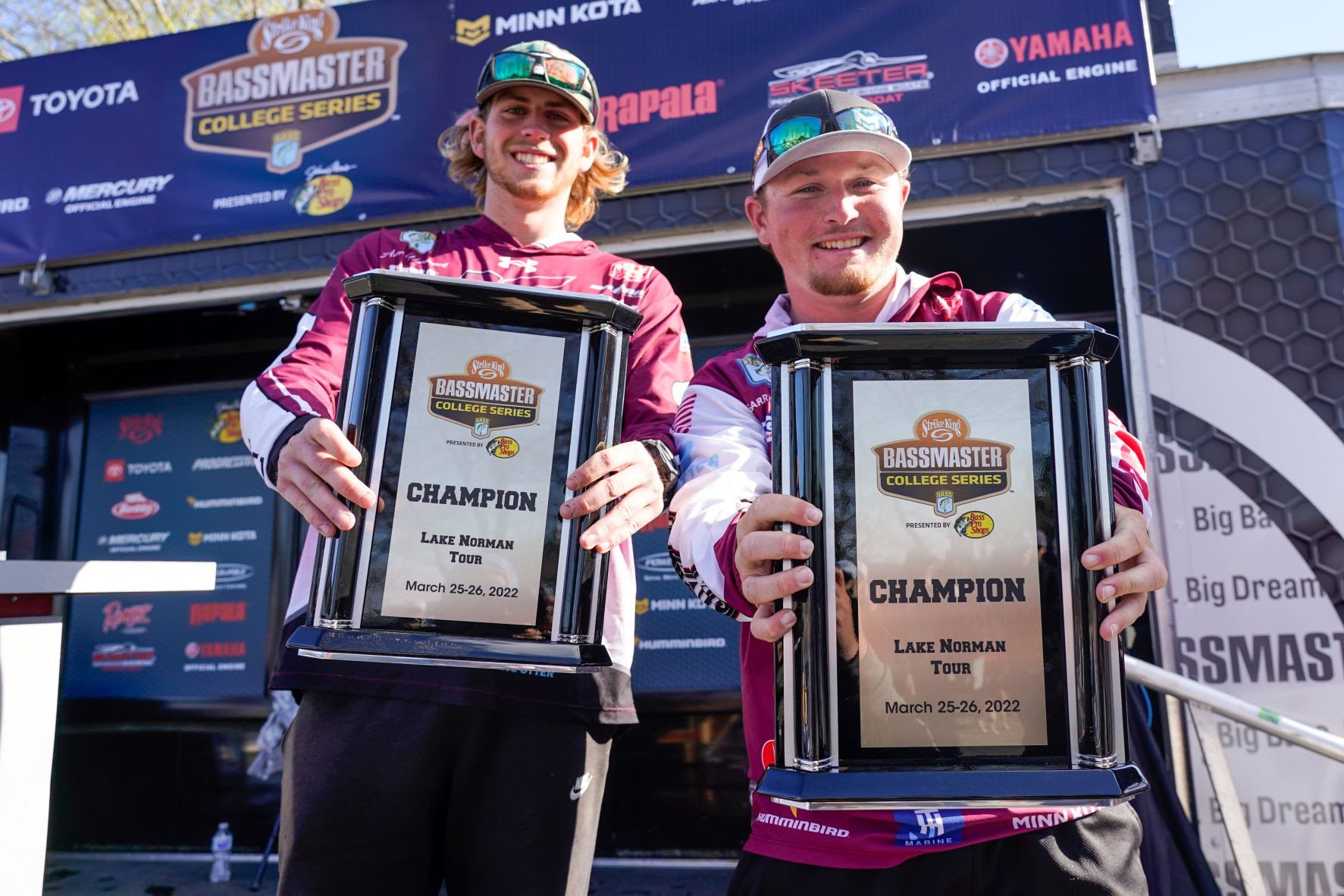 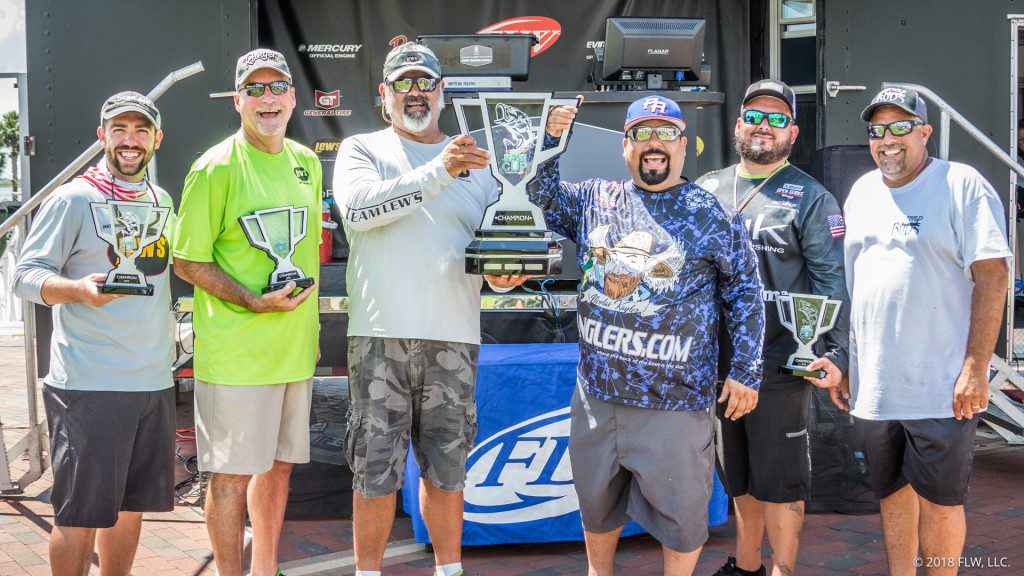 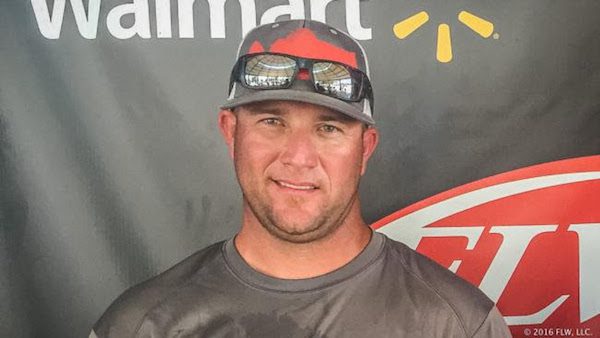