Bass Basics: The Carolina Rig! – By Will Petty – Story 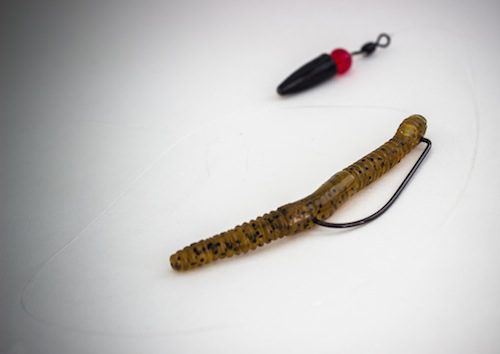 Well June is upon us and, despite the cooler than normal spring, it is time to start moving off of the bank and target offshore locales.  For those of you who are relatively new to offshore fishing or maybe don’t have as much confidence fishing stuff that you can’t see, a Carolina rig is an excellent choice to consistently put fish in the boat.  It might just be the most consistent technique in your boat once you get the basics down.
The Carolina rig has been around for a long time and still produces on a regular basis.  In it’s simplest form, it consists of a weight (typically 1/2oz to 1oz depending on depth and cover), a bead to protect the knot and generate a small clicking sound, a barrel swivel followed by a leader and hook tipped with your bait of choice.  Most of the time, it is thrown on a 7’ or longer rod with a good amount of backbone (typically Medium Heavy) and a higher gear ratio casting reel with 15-20lb main line and a lighter test for your leader.  As far as baits to consider, some of the all time favorites are finesse worms, trick worms, lizards, and centipedes but the best part of all is that you are only limited by your imagination as to what you can put on the business end of this rig so go experiment!
The typical retrieve is a slow, sideways drag followed by short pauses.  Since it seems so simple, Carolina rigging has gotten a bad wrap over the years because it isn’t the most exciting technique to impart but the results that it often produces should over shadow that aspect immensely!  Not only is this technique great to locate fish but it is great at transmitting what is down there.  Once you become experienced with this technique, you can often tell what size rocks you are fishing as well as how tall they are and if they are smooth or jagged!
Carolina rigging can put a bunch of fish in the boat for you throughout the year but summertime by far is the best time to give it a shot.  So, get out there any drag the “Ol’ Ball and Chain” around and see what happens! 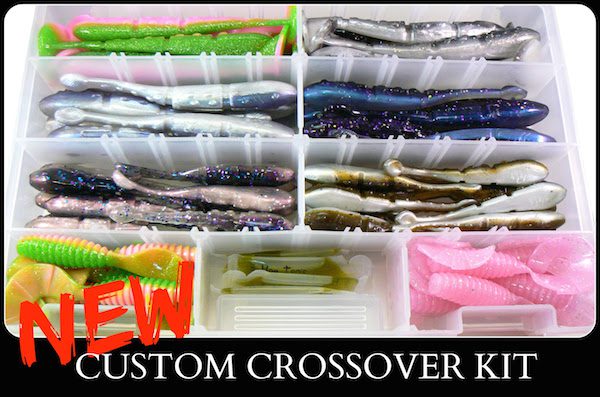 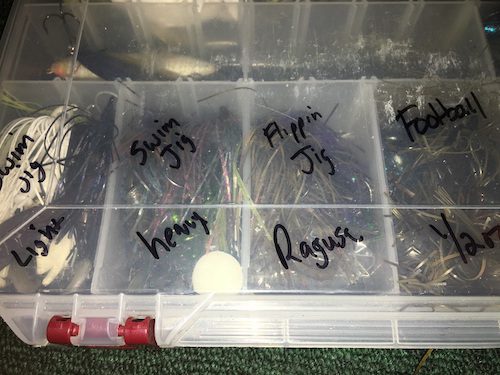 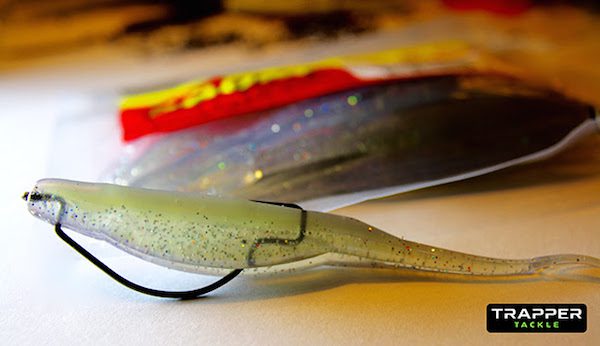 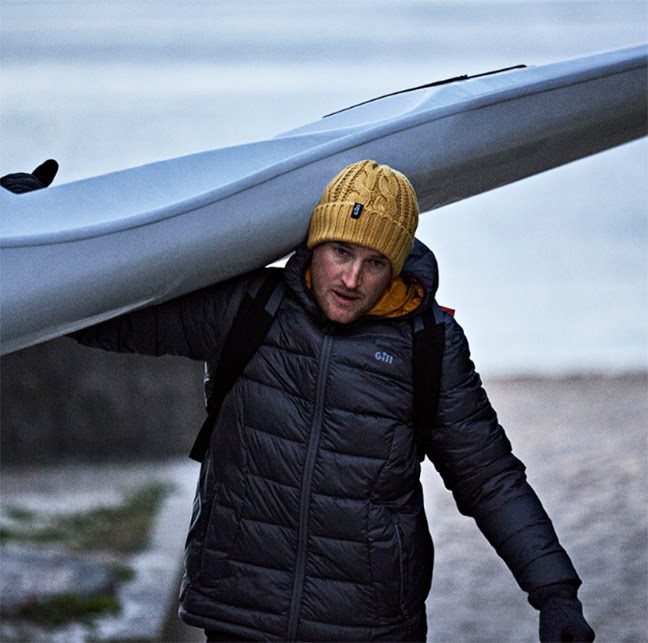